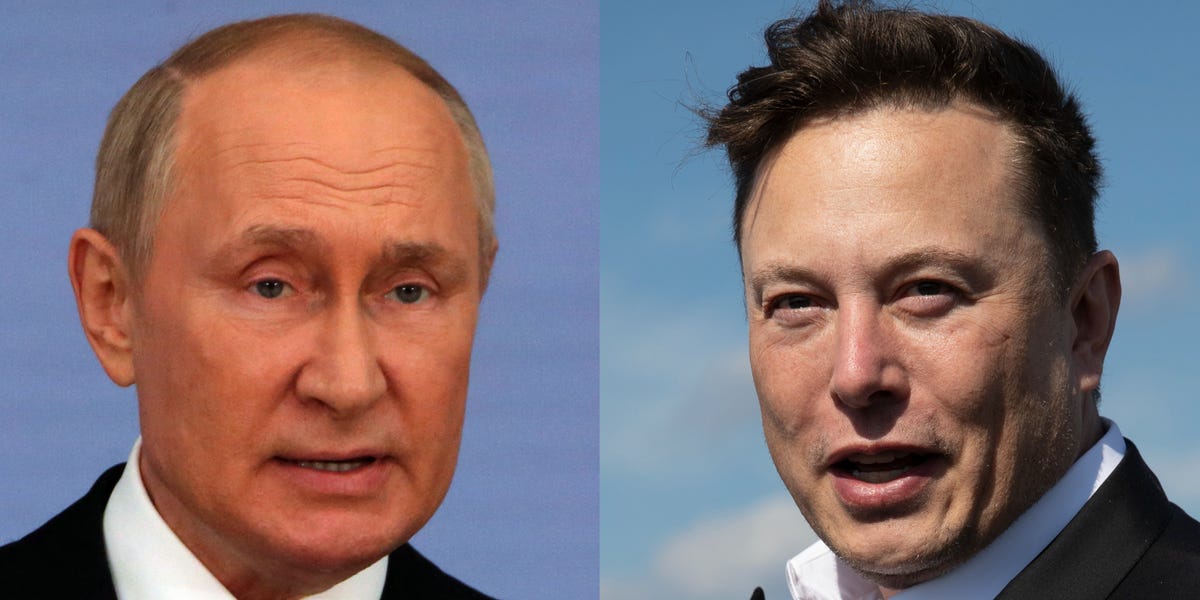 Both Elon Musk and the Kremlin have denied reports that the Tesla and SpaceX CEO recently spoke to Russian President Vladimir Putin.

Political scientist Ian Bremmer, who founded the Eurasia Group, said Monday that he spoke with Musk two weeks ago.

Bremmer said that during the conversation, the tech billionaire told him that Putin had privately said that he was “prepared to negotiate” under the conditions that Crimea remains under Russian control, Ukraine remained neutral, and Russia’s annexations of of four cities were enforced.

On October 3, some point after the apparent call, Musk tweeted his proposals for a peace plan to end Russia’s invasion of Ukraine, which echoed Russia’s demands such as keeping Crimea under Russian control and Ukraine staying neutral.

Bremmer’s conversation with Musk was picked up widely by news sites, but Musk said Bremmer’s comments were false.

“I have spoken to Putin only once and that was about 18 months ago,” Musk tweeted. “The subject matter was space.”

He added that it would be “pointless” for him to speak to Putin about developing a peace plan because there is “currently no overlap between Russian and Ukrainian demands.”

Musk said, however, that he would be willing to speak to Putin about rocketry again.

RIA, a Russian state-owned news agency, said on Tuesday that a Kremlin spokesperson had denied that Musk and the Russian president had spoken before Musk released his peace plan.

The spokesperson said that the two had a phone call around a year and a half ago, but didn’t specify what was discussed.