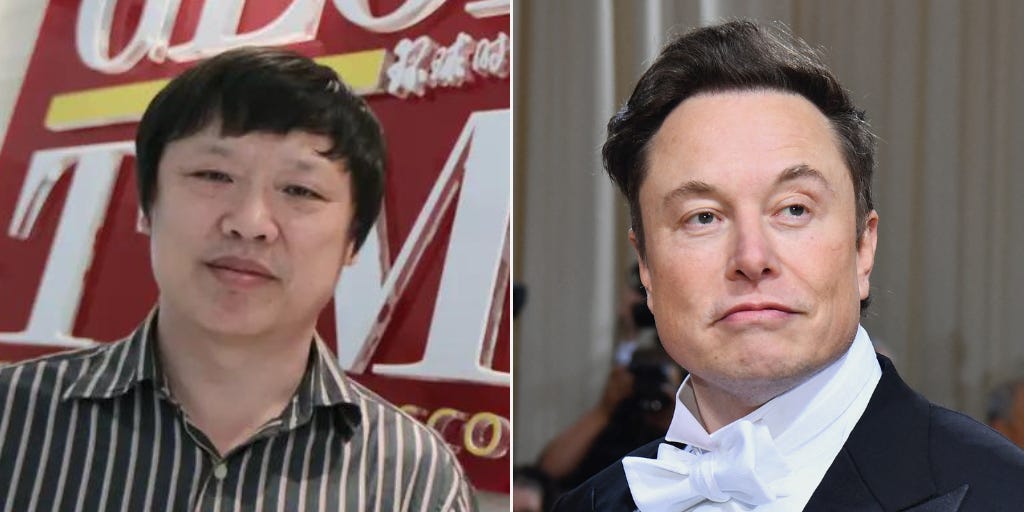 
Billionaire Elon Musk has been embroiled in a Twitter brawl over the Ukraine war with China’s top propagandist, Hu Xijin.

Hu, a former editor-in-chief of Chinese state media outlet Global Times who has been described as China’s “troll king” by The Guardian, called Musk out in a Wednesday tweet responding to Musk’s Twitter poll on how to end the Ukraine war.

In the poll, Musk asked his followers to vote on whether his list of conditions — which included re-doing the sham referendums in the four Ukrainian regions annexed by Russia and ensuring Ukraine’s neutrality in the region — would work to bring an end to the conflict.

In his scathing response to the poll on Wednesday, Hu wrote: “Elon Musk has released his personality too much, and he believes too much in the US and West’s ‘freedom of speech.’ He will be taught a lesson.”

Musk fired back at Hu on Thursday with a phrase in Chinese that read: “手整体插在口袋里的人过分自信.”

The Chinese phrase posted by Musk did not appear to be entirely coherent but translated to: “A man with his whole hands in his pockets is overly confident.”

It is unclear what Musk meant by the tweet. However, some Twitter users commented that it might have been a Google-translated version of a meme involving an innuendo-laden fake Confucius quote that states: “Man with hand in pocket feel cocky all day.”

Users on China’s Twitter-like Weibo platform appeared none the wiser about the meaning of Musk’s post but speculated that Musk meant to say that Hu was idle and powerless.

For his part, Hu responded to Musk on Friday with a tweet that read: “Man with hands in Twitter feels confident.”

Musk has sparred with several figures over Twitter in the last week, including South Carolina Sen. Lindsey Graham.

In response to Musk’s proposed peace plan, Ukraine’s ambassador to Germany, Andrij Melnyk, blasted Musk in a tweet on Tuesday that stated: “Fuck off is my very diplomatic reply to you.” Ukrainian President Volodymyr Zelenskyy also took a swipe at Musk, posting his own poll that asked if people like a Musk who supports Russia or a Musk who supports Ukraine more.

Musk also got into a contentious Twitter exchange with the Kyiv Post, a Ukrainian media outlet that called Musk out for his “pride and vanity.”

“Look, @elonmusk, like we said before we are grateful to you for the Starlinks. We naturally disagree with your peace plan and make no secret of it — but we do invite you to give us an interview and explain why your stance is like that. We are keen to know. DM?” the outlet wrote on its Twitter page on Thursday.

Hu and Musk did not immediately respond to Insider’s request for comment.