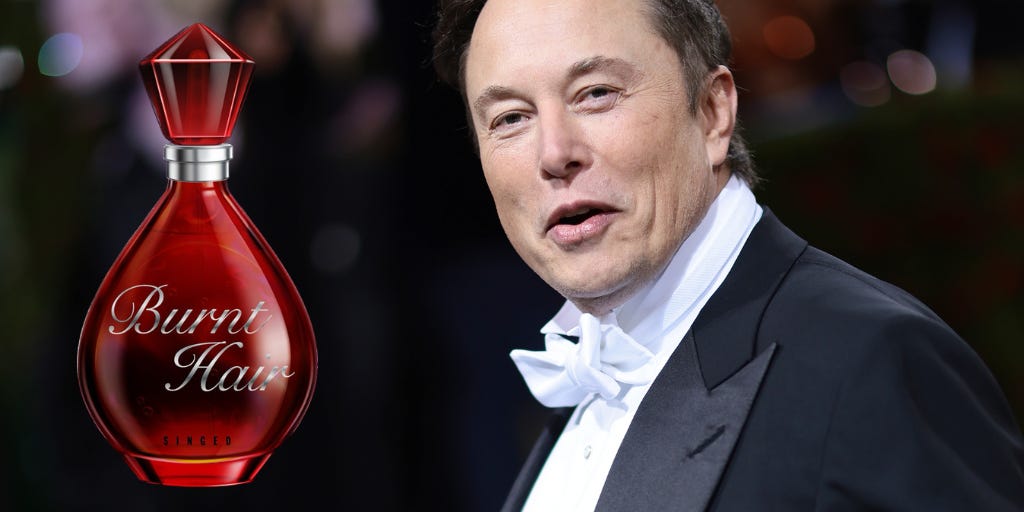 Elon Musk is selling a perfume called ‘Burnt Hair’ for $100 a bottle. His company describes it as ‘the essence of repugnant desire.’

Elon Musk is wading into the fragrance business and selling a perfume called “Burnt Hair” via his underground infrastructure firm, The Boring Company.

Musk advertised what he called “the finest fragrance on Earth” in a tweet on Tuesday, along with slogans like “BE the change you want in the world” and “doesn’t get more lit than this.”

The perfume is listed on The Boring Company’s website for $100 a bottle and is described as “the essence of repugnant desire.” Not much else is known about what’s in the fragrance, though the company describes it as smelling “just like leaning over a candle at the dinner table, but without all the hard work.”

“Stand out in a crowd! Get noticed as you walk through the airport,” read another description of the perfume.

“With a name like mine, getting into the fragrance business was inevitable – why did I even fight it for so long!?” Musk tweeted on Tuesday after the launch. He also changed his Twitter description to “perfume salesman.”

Musk tweeted early on Wednesday that the sales for the fragrance had crossed the 10,000 bottle mark, meaning he’d clocked a million dollars in sales within the first six hours of the product being listed.

While the perfume’s listing initially looked like a joke from Musk — and was described as “world class trolling” by some Twitter users — it was listed alongside the company’s “Not-a-Flamethrower,” which went on sale in 2018. Musk sold 20,000 of the machines for $500 each. Some of the flamethrowers have since turned up in drug busts, per TechCrunch.

Musk and his representatives at The Boring Company did not immediately respond to Insider’s request for comment.