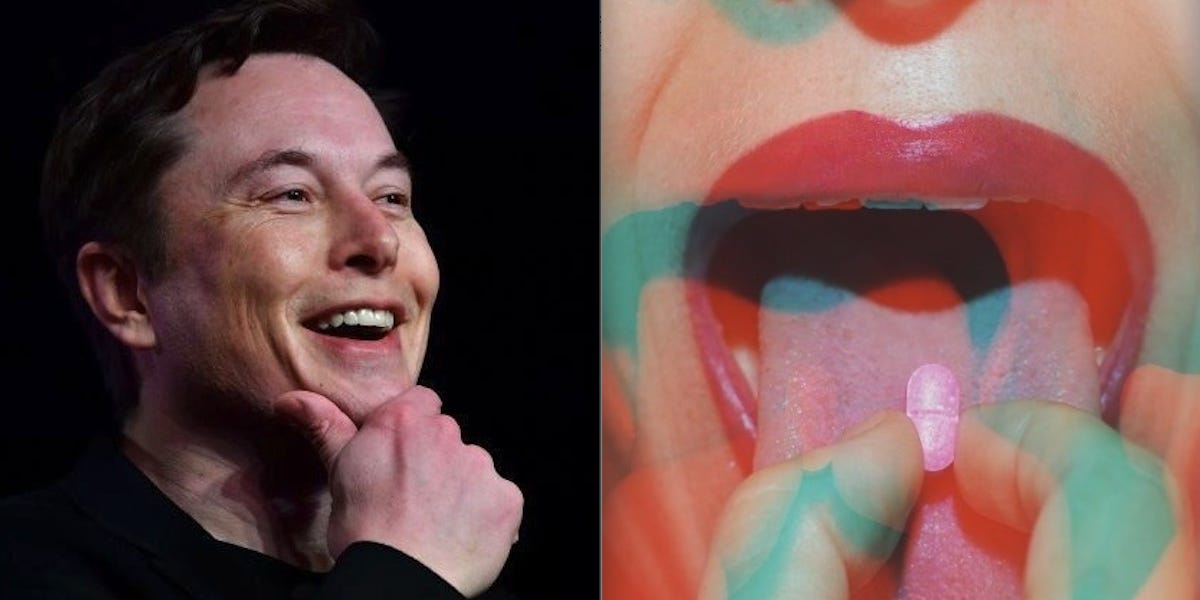 Elon Musk is no stranger to psychedelic drugs and often likes to discuss the benefits of the substances, according to a recent report from The New York Times.

The billionaire likes to share a chart that shows MDMA and psychedelic mushrooms are healthier than alcohol use, one person who Musk shared the chart with on vacation told the publication.

The Times spoke with over 40 people who have spent time with the richest man in the world over the past decade and a half, many under conditions of anonymity due to concerns of repercussions, as well as non-disclosure agreements that they were required to sign at the parties Musk attended.

For the past 20 years, Musk has attended nearly every Burning Man festival — often accompanied by his younger brother, Kimbal Musk, the Times reported.

“I have been with him on mild exploratory journeys,” David Marglin, a Bay Area lawyer who met Mr. Musk at Burning Man and has been his friend for 20 years, told The Times. “And he appreciates the value of those journeys. Nothing out of control or wild, but it’s all night, and there’s dancing and revelry.”

Neither Marglin nor Musk responded to Insider’s requests to get in touch for comment ahead of publication.

In the past, the Tesla CEO has expressed support for psychedelics. Earlier this year, he tweeted in a response to a thread on the issue from billionaire investor Marc Andreessen.

“I’ve talked to many more people who were helped by psychedelics & ketamine than SSRIs & amphetamines,” Musk wrote on Twitter.

More recently, the billionaire said in an interview with Full Send Podcast that he thinks psychedelics can be “pretty helpful” for PTSD and depression. Musk also noted he and the “whole of SpaceX” had been subjected to random drug tests for a year after he appeared on a podcast with Joe Rogan in which he smoked weed.

What the science says

Alcohol reduces production of serotonin and dopamine, mood-boosting chemicals in the brain. It has been linked to a higher risk for depression. Alcohol use is also linked to a number of health disorders and chronic conditions.

Researchers have not compared health benefits from alcohol and psychedelic mushrooms head-to-head. And researchers are still studying whether psilocybin, the psychoactive ingredient in magic mushrooms, improves anxiety and depression.

However, one small, 12-week trial, published last month, found psilocybin reduced the number of days heavy drinkers drank alcohol compared to those who took a placebo.

As for MDMA, clinical trial results show promise for treating patients with post-traumatic stress disorder when taken under the supervision of a therapist. Again, researchers have not studied MDMA and alcohol head-to-head.

Musk is far from the only tech CEO whose expressed interest in psychedelics. Apple founder Steve Jobs previously touted the practice of microdosing on psychedelic drugs, such as LSD or psilocybin mushrooms in order to promote creativity.