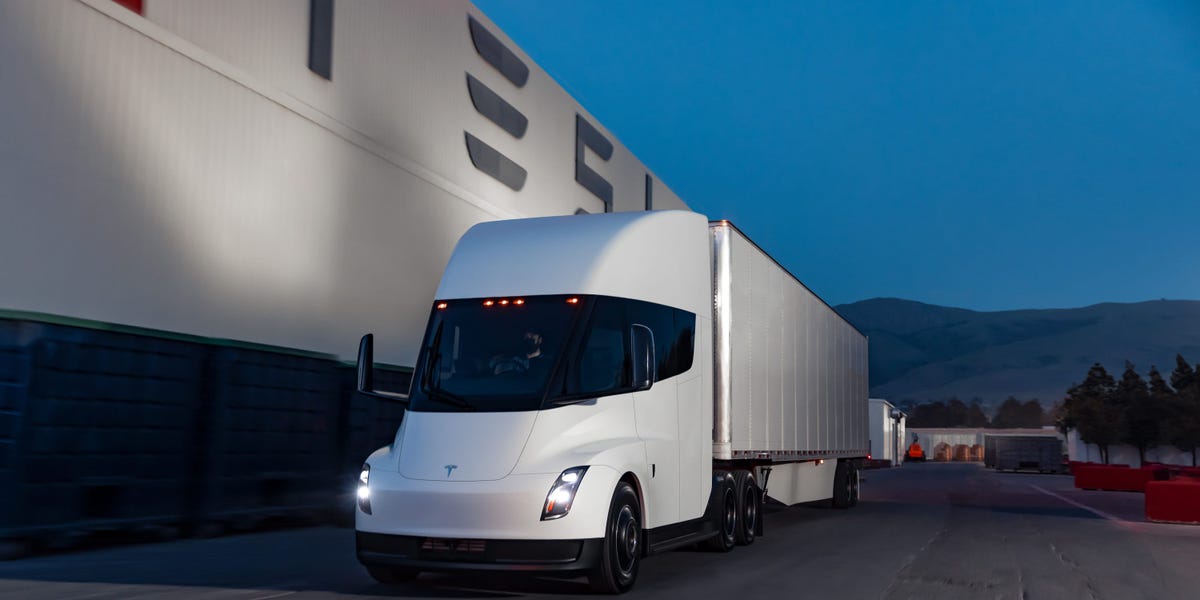 
Tesla has started production of its long-awaited, all-electric Semi tractor-trailer, and will deliver the first vehicles by December this year, CEO Elon Musk said in a tweet.

“Excited to announce start of production of Tesla Semi Truck with deliveries to @Pepsi on Dec 1st!,” Musk posted on Twitter, on Thursday, alongside a mock-up of the all-electric truck.

The Semi Truck is Tesla’s range of all-electric, class-8 cargo trucks. The vehicles will be able to travel between 300 and 500 miles on a single charge, depending on the model.

Pepsi has ordered 100 of what it refers to as Semi Tractors, 15 of which will be delivered by the end of 2022, per its website. Walmart Canada is among other high-profile retailers to have also ordered the trucks

When Tesla’s trucks were unveiled in 2017, the first examples were slated to hit the road in 2019. However, Tesla has pushed back production of the Semi Truck several times citing parts shortages and a decision to prioritize consumer vehicles.

In August 2022, Musk tweeted that Tesla would begin shipping the electric big-rig this year, and the Cyber Truck —  Tesla’s unusually styled electric pickup — by 2023.

The latter has also been hit by production delays, and that timeline would mean it arrives more than two years after it was first scheduled.

Neither Tesla nor Pepsi immediately responded to Insider’s request for comment, which came outside of standard business hours.