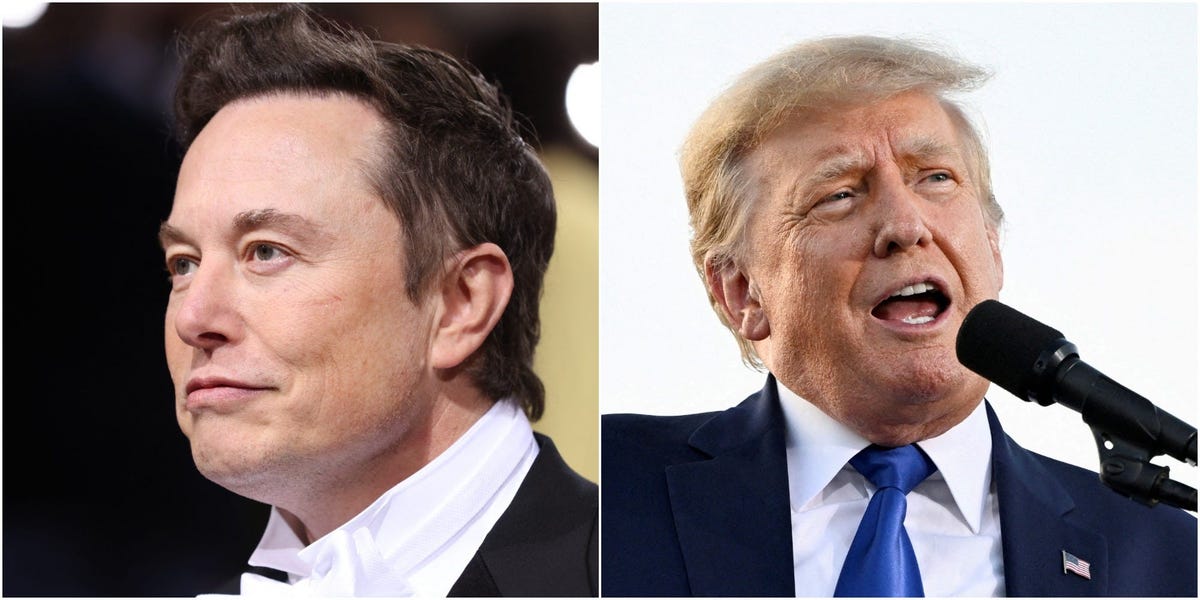 Elon Musk says Trump’s ‘Truth Social’ app is ‘essentially a right-wing echo chamber’: ‘You might as well call it Trumpet’

“It is essentially a right-wing echo chamber,” Musk said. “It might as well be called Trumpet.”

The billionaire said he bought Twitter in order to avoid the site becoming a counterpart to Truth Social.

“I’m not doing Twitter for the money. It’s not like I’m trying to buy some yacht and I can’t afford it. I don’t own any boats,” Musk said. “But I think it’s important that people have a maximally trusted and inclusive means of exchanging ideas and that it should be as trusted and transparent as possible.”

In the past, Musk has said if he bought Twitter he would lift the company’s ban on Trump and other users — an effort that could make Truth Social irrelevant for the former president. Though, Trump has said in the past he won’t return to Twitter, even if he is allowed back on. Trump launched Truth Social after he was banned from Twitter following the January 6 siege on the Capitol.

In the interview with FT, Musk said he doesn’t hate Trump, though the two men have traded jabs in the past. Before Trump first took office Musk said he was “not the right guy” for the job. More recently, Musk said in July that the former reality TV host shouldn’t run for president again. Meanwhile, Trump said he could have made Musk drop to his knees and beg when he was president and the billionaire would have done it.

Musk also isn’t a fan of President Joe Biden. In the interview, the Tesla CEO said he believes Biden is too old to run for office again and said he is considering setting up “the Super Moderate Super PAC” to support more moderate politicians. Earlier this year, the billionaire expressed support for Florida Governor Ron DeSantis.

Read Financial Times’ full interview with Musk on its website.