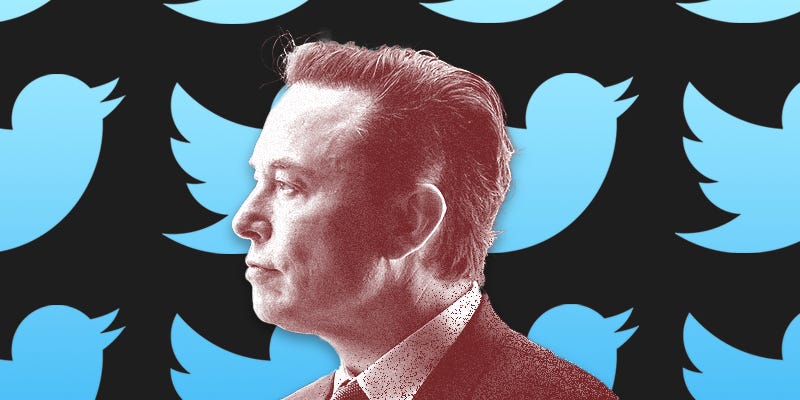 
Elon Musk’s legal team filed a motion to halt Twitter’s lawsuit against the billionaire and said the deal is expected to close on October 28 or earlier.

“Twitter will not take yes for an answer. Astonishingly, they have insisted on proceeding with this litigation, recklessly putting the deal at risk and gambling with their stockholders’ interests,” the court filing reads. “Proceeding toward trial is not only an enormous waste of party and judicial resources, it will undermine the ability of the parties to close the transaction.”

Musk’s legal team filed the stay motion only a few days after the billionaire sent a letter saying he would purchase the company at its original price under the condition that Twitter makes an “immediate” end to the court battle.

A Twitter spokesperson previously told Insider the company has received the letter and intends to close the transaction at the original purchase price. But, the social media company has yet to officially accept the offer.

Musk’s personal attorney Alex Spiro of Quinn Emanuel Urquhart & Sullivan said the Tesla CEO filed the motion to stay because Twitter executives and board members are “acting against the interest of shareholders.”

“They offered a discount, but they attached all kinds of things so we said no,” he told Insider. “Musk is now giving the shareholders the price they want. They want the carrot and no stick.”

Musk’s court filing said Twitter has expressed concern regarding the billionaire’s debt financing, but that the debt financing parties are “prepared to honor its obligations.”

On Wednesday, the judge presiding over the case said in a court filing that the case will continue in the meantime. The lawsuit is set to go to a five-day trial on October 17 and the billionaire was scheduled to be deposed in the coming weeks, though Twitter agreed to delay Musk’s deposition as it negotiated his new offer.