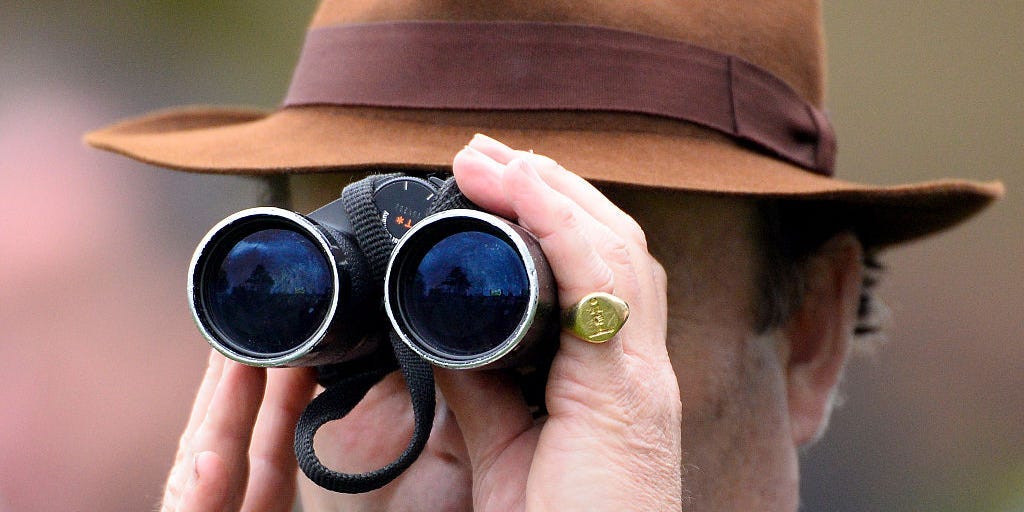 TGIF! It’s Dan DeFrancesco checking in from NYC. I’d like to start by wishing a happy bank earnings day to all those who celebrate.

Four of the big six US banks (JPMorgan, Morgan Stanley, Citigroup, and Wells Fargo) all report their Q3 earnings today. Our friends over at Markets Insider will have the immediate reaction to all the revenue numbers as they’re posted. As for how bank executives respond to analysts’ questions about “zooming in” or “double clicking” on particular topics, we’ve got you covered.

In the meantime, we’ve got lots to talk about, including a JPMorgan-Kanye West breakup, why you probably don’t want to rely on “finfluencers” for financial advice, and the death of an emoji.

But first, Equifax would like a word with you.

1. Say sayonara to your side hustle.

That’s clearly the message at Equifax, which fired at least 24 workers for secretly having second jobs, Insider reported Thursday.

On paper that might not seem too surprising. The credit-reporting giant does hold a ton of sensitive data and doesn’t have a spotless record when it comes keeping that data secure. It might be in its best interest to make sure everyone is soley focused on their job.

But it’s moreso how they went about discovering those side hustles.

An Insider report uncovered the company actually used its own product, The Work Number (TWN), as part of a larger investigation to suss out if people had multiple jobs. TWN includes employment records of 105 million US workers, including their payroll information.

That might seem like a shining endorsement of TWN — “This thing is so good we use it ourselves!” —but in reality it’s more likely to upset the rank and file.

“I’m not sure how Equifax can be trusted with data when it uses it to spy on its own employees,” an Equifax employee told Insider.

Spying on employees isn’t necessarily a new phenomenon. But the rise of remote work made previous metrics — like when an employee would swipe into and out of the office — essentially useless.  The resulting environment has forced companies to get creative.

JPMorgan is one of the biggest examples of this, as Insider has previously reported. The bank spun up an entire proprietary system for keeping tabs on folks.

Read our full story on how Equifax used its own tool to figure out if employees were working second jobs.

3. JPMorgan Chase and Kanye West are reportedly finito. Conservative commentator Candace Owens tweeted a picture of what appears to be a letter from the bank terminating the working relationship between JPMorgan and Kanye West and his Yeezy brand. West has been mired in controversy recently for an antisemitic tweet he posted.

4. If you’re about to make an investment decision based on what a ‘finfluencer’ told you, please stop. Seriously. Maybe go grab some fresh air, too. You can read this story when you get back.

5. Wall Street hasn’t been impressed with Mark Zuckerberg’s pitch on the importance of the metaverse. One analyst called the Meta CEO’s focus on the metaverse “desperate.”

6. Anna Sorokin, the con artist featured in the hit Netflix series “Inventing Anna,” doesn’t like the way her infamous accent was portrayed in the show. Fortress Investment Group, City National Bank, and Gibson Dunn were among the firms Sorokin crossed paths with during her “fake heiress” scam.

7. Here’s everything you need to know about planning $800,000 vacations in the most exclusive spots. For Jules Maury, it’s not just about private jets and massive hotel suites. It’s all about so-called money-can’t-buy experiences.

8. An ex-Citi banker. An NBA player. A Web3 startup. What might sound like the start of a bad joke is actually a new venture that’s raised $26 million. Check out the pitch deck here.

9. Fans of Dunkin’ are up in arms over a change to the coffee shop’s loyalty program. Further proof to not get between a person and their caffeine.

10. Gen Z is giving the thumbs up emoji a thumbs down. Everyone’s favorite generation has decided to cancel the emoji for being “passive aggressive,” according to one Redditor, the New York Post reported.

Keep updated with the latest business news throughout your day by checking out The Refresh from Insider, a dynamic audio news brief. Listen here.