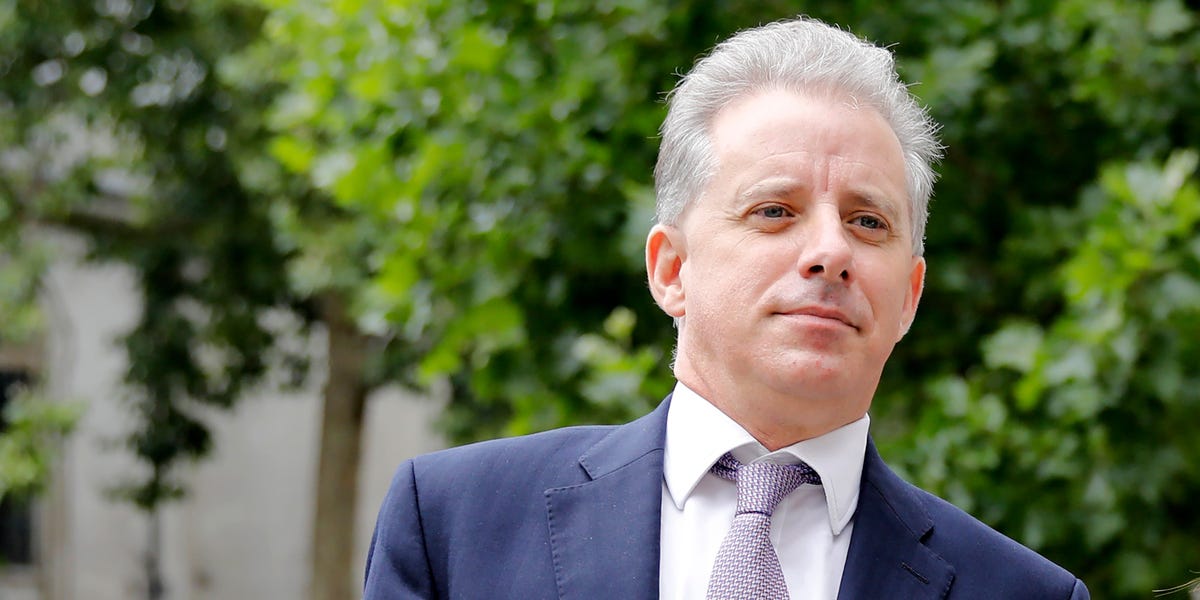 The FBI offered former British spy Christopher Steele up to $1 million to verify allegations in his dossier about former President Donald Trump’s ties to Russia, The Times of London reported.

The money was not paid out because Steele, once the head of MI6’s Russia desk, did not provide sufficient evidence to substantiate claims made in the now-infamous “Steele dossier,” including that there exists a so-called pee tape of obscene material involving Trump in Russia before his political career, The Times said.

The revelation that Steele was offered a substantial incentive to verify his facts emerged in the trial of Igor Danchenko, the primary source for the dossier, The Times said.

Danchenko, a Russian citizen, was sent by Steele to search for material on Trump, The Times said. He has pleaded not guilty to five charges of lying to the FBI. The fifth charge was dropped by a federal judge on Friday.

On Tuesday, during Danchenko’s trial in Alexandria, Virginia, senior FBI analyst Brian Auten was asked if the $1 million offer was made by the FBI during an overseas meeting in October 2016 between Steele and other FBI officials.

“Yes, it did,” Auten said, per Newsweek. “Mr. Steele was offered anywhere up to a million dollars.”

Republicans responded to the revelation in outrage. Sen. Chuck Grassley told the Washington Examiner: “The lengths the FBI was willing to go at taxpayer expense to justify their investigation into the Trump campaign is just astounding and downright scary.”

Donald Trump Jr., the son of the former president, described it in a tweet as a “disgrace.”

The Steele dossier, a piece of political opposition research written in 2016, contained allegations — some of which are now debunked — of criminal cooperation between Trump and the Russian government. The Washington Post describes it as “a collection of largely unverified reports.”

The FBI reportedly investigated the contents of the dossier line-by-line, per The New York Times, but it did not directly trigger the agency’s s Operation Crossfire Hurricane investigation into Russian interference.

The Mueller report contained passing references to some of the allegations in the dossier.