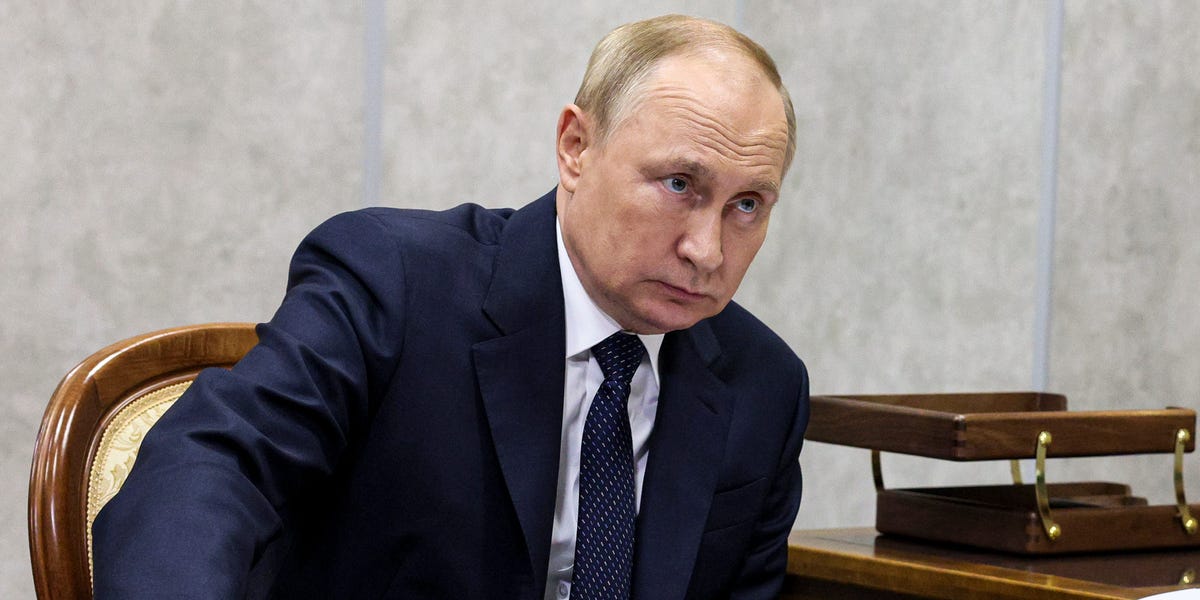 
Rolf Mowatt-Larssen, a former CIA Moscow station chief, has warned that it would be “terribly irresponsible” of Western leaders not to take Russian President Vladimir Putin’s threats of nuclear warfare seriously.

Michael Morell, host of the CBS podcast “Intelligence Matters” and a former acting director of the CIA, asked Mowatt-Larssen during an episode of the podcast uploaded on Wednesday if he thought Putin’s threats to use tactical nuclear weapons were a bluff or a genuine threat.

“It would be terribly irresponsible, Michael, if anyone, any Western leader thought of these threats as being bluster or saber-rattling or empty,” Mowatt-Larssen replied.

“I’m quite certain that all the Western leadership, based on at least the people I know and things I hear, are taking the threats very seriously,” he added.

However, despite the threat, Mowatt-Larssen said he believed there was no “military reason” for Putin to use nuclear weapons.

“In other words, he can’t use tactical nuclear weapons on the battlefield to win a war he can’t win with an army,” he said. “Nuclear weapons don’t take territories. They don’t hold territories. It is a way to try to strike back at an enemy you can’t stop with an asymmetric weapon of mass destruction. That’s the danger.”

Mowatt-Larssen said that, as the Russian army weakens and the Ukrainians get stronger and refuse to agree to a ceasefire, the risks will rise that Putin may see using nuclear weapons as his “only good option.”

“Now, it suddenly looks as if he may feel — and I believe it’s a horrifically misguided judgment if he comes to it — that somehow he’ll be advantaged if he uses these weapons,” Mowatt-Larssen said of Putin.

Commenting on why Ukraine has declared that it will not negotiate with Russia, Mowatt-Larssen said doing so would be an act of capitulation for Ukraine and its leader Volodymyr Zelenskyy.

“And he’s in no mood to do that. They fought too hard. They’ve lost too much,” he said of Zelenskyy. “So that means that he’s likely to continue to defy Putin by continuing his attacks and intensifying the battle on the ground. So that puts Vladimir Putin in a very bad position because, if that’s successful, his options are also dwindling.”

Experts have voiced concerns that Putin could use nuclear weapons in Ukraine and have interpreted Putin’s annexation of these regions as a sign that Russia may be determined to escalate the conflict.

CIA director William Burns recently said it was difficult to tell if Putin was bluffing about his willingness to use nuclear weapons.

“We don’t see any practical evidence today in the US intelligence community that he’s moving closer to actual use, that there’s an imminent threat of using tactical nuclear weapons,” Burns told CBS in an interview previewed on September 27 and aired in full on Sunday.