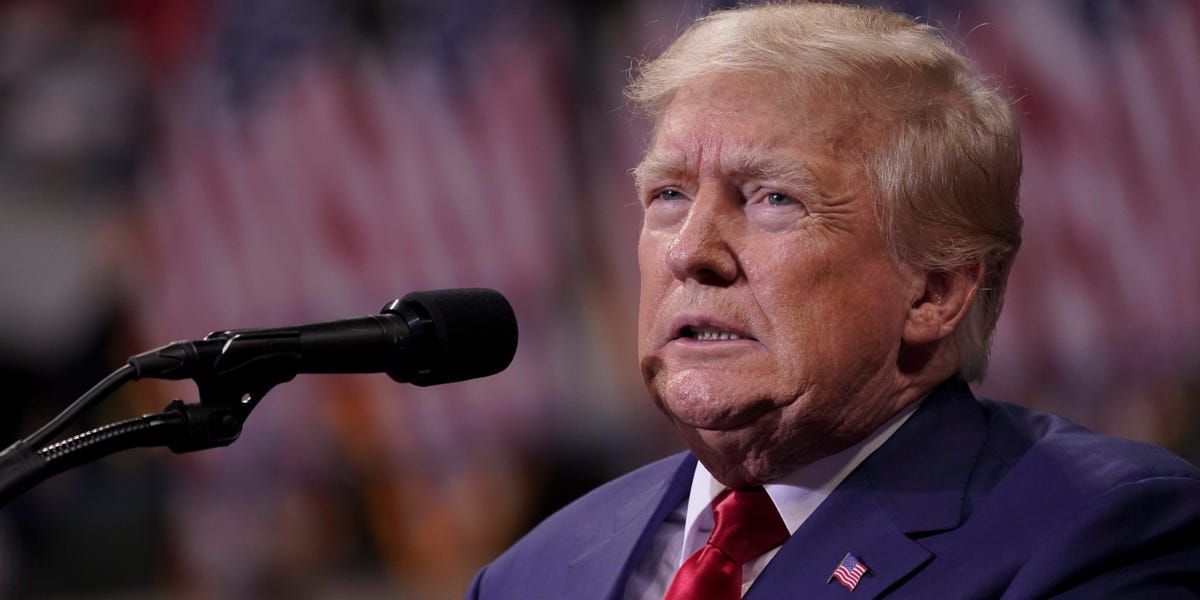 Katyal — a law professor and an Obama-era acting solicitor general — made an appearance on NBC on Sunday, three days after the House panel investigating the Capitol riot unanimously voted to subpoena Trump. The subpoena will compel the former president to cooperate with the committee or be held in contempt of Congress and referred to the DOJ for prosecution — much like Trump allies Steve Bannon and Peter Navarro.

In response to the decision, Trump sent a document to the panel that started off with the sentence, “THE PRESIDENTIAL ELECTION OF 2020 WAS RIGGED AND STOLEN!” and contained multiple baseless claims of election fraud. It also included four photos of the crowd near the Washington Monument on January 6, 2021.

“Yeah, so, this is a 14-page screed, Jonathan, that’s very hard to follow. But it does seem to dig the hole in deeper for Donald Trump,” Katyal told MSNBC host Jonathan Capehart.

“I can’t see it in any legal way helping him unless he is trying to go for the insanity defense, of which this paper seems, you know, to be some evidence of,” Katyal added.

Katyal added that he thought it was a “pretty fanciful” idea that Trump would just give in and testify to the panel because of the congressional subpoena.

“I mean, this is a man who took the Fifth Amendment more than 400 times the last time he was questioned under oath. And I doubt he’s suddenly become eager to testify,” Katyal said.

Katyal was referencing Trump’s deposition in New York in August during New York Attorney General Leticia James’ probe of the Trump Organization’s business practices, during which he pleaded the Fifth more than 440 times and only answered a question about what his name was.

Katyal also added that he thinks Attorney General Merrick Garland will indict Trump, seeing as there is overwhelming evidence to do so and “no contrition whatsoever” on Trump’s part.

A representative at Trump’s post-presidential press office did not immediately respond to Insider’s request for comment.