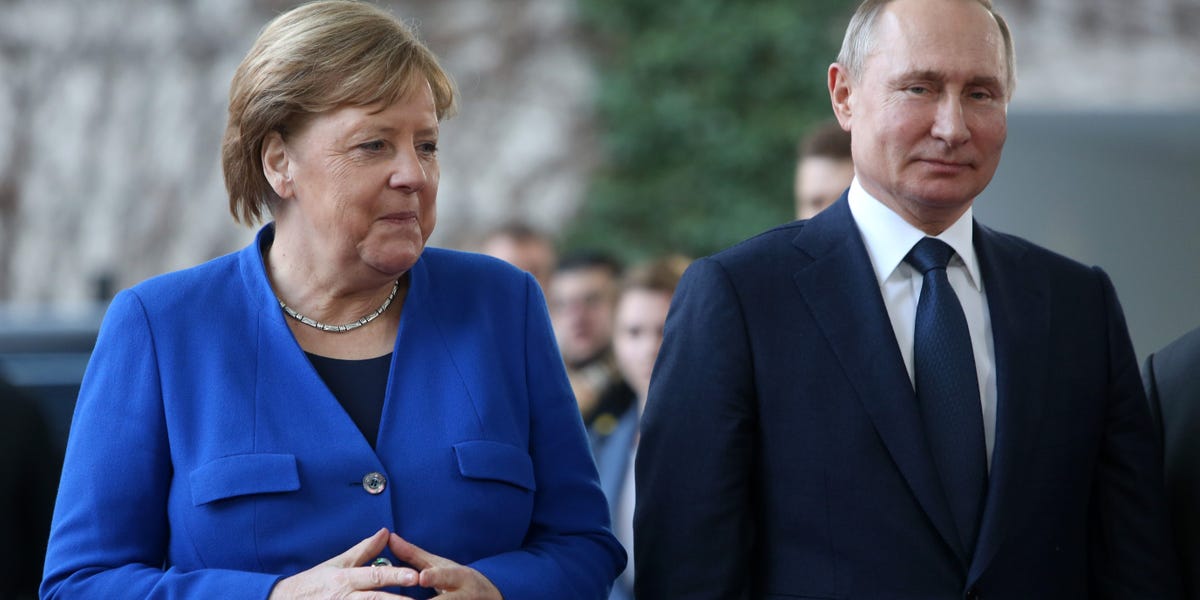 Former German Chancellor Merkel defends her government’s move to buy massive amounts of Russian gas, saying she has no regrets as it was right for the time

“You always act in the time in which you find yourself,” Merkel told reporters in Lisbon, according to Reuters. “In this respect, I do not regret decisions at all, rather, I believe that it was right from the perspective of the time.”

She further said that at the time, it was “very rational and understandable to get pipeline gas, including from Russia, that was cheaper than LNG from other parts of the world,” per the Associated Press. Merkel was referring to liquefied natural gas, a supercooled version of natural gas that can be transported via ships.

This has left Germany vulnerable to supply shocks from Russia and Berlin is now scrambling to replace Russian natural-gas supplies after state gas giant Gazprom cut gas flows via the Nord Stream 1, a key pipeline.

These developments are shrouding the legacy of Merkel, who stepped down in December 2021 after 16 years in power. She recently came under heavy scrutiny and criticism from political rivals, the press, and her peers for her Russia policy amid Moscow’s invasion of Ukraine.

Germany’s Russian gas policy spanned decades, starting during the Cold War in the 1960s with the Pipelinepolitik policy that connected both sides with a pipeline. The move aimed to incentivize the Soviet Union to move toward dialogue and trade with the West, instead of conflict, Henning Gloystein, the director of energy, climate, and resources at Eurasia Group, told Insider in April.

And Russia had always — up until now — been a reliable gas supplier, even during the Cold War and throughout the collapse of the Soviet Union, Davide Oneglia, a senior economist at London-based consultancy TS Lombard, previously told Insider.

But she acknowledged that Russia’s invasion of Ukraine has changed the dynamics of Germany’s relationship with Moscow.

“This brutal attack by Russia has brought a change; it’s a turning point, and the new government of course has to deal with that and it is doing so,” Merkel said on Thursday, per the AP.