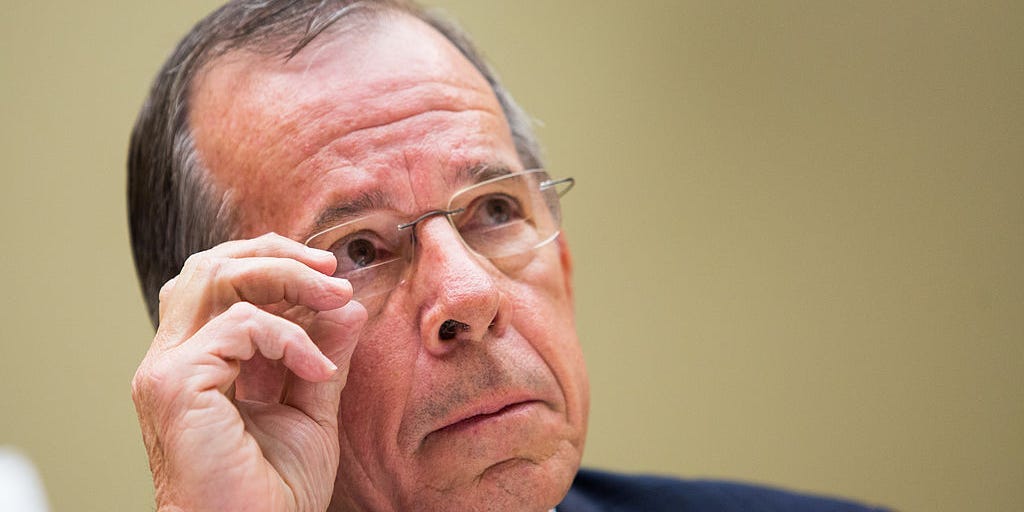 Former chairman of the Joint Chiefs of Staff Mike Mullen on Sunday called Russian President Vladimir Putin a “cornered animal” after his military’s stumbles in Ukraine, but also said that the leader was becoming “more and more dangerous” on the global stage.

During an interview on ABC’s “This Week,” the retired admiral said that the United States should not dismiss Putin’s nuclear weapons threats, stating that he had “lots of options” for such an attack.

“He’s a cornered …  animal and I think he’s more and more dangerous,” Mullen. “I think we have to take him seriously and think through what the requirements would be to respond to that. It also speaks to the need to get to the table.”

Putin last month said that his country’s threat to engage in nuclear warfare was “not a bluff.”

Russia in recent months has experienced substantial casualties and retreated from several parts of the country where they sought a foothold — with Ukrainian counteroffensives in the east blunting Moscow’s longterm plans for the country.

Putin recently declared a partial mobilization of reservists, but thousands of Russian men instead left the country, unwilling to perish in a conflict they did not support.

“The bottom line is Ukraine has done vastly better than Russia has in mobilizing its capabilities in recruiting, training, equipping, help by the US and NATO nations big time, organizing, and employing additional forces and capabilities,” Petraeus said at the time.

But Mullen said that this weekend’s explosion on the Kerch Strait Bridge, a key crossing connecting Russia and the Crimean Peninsula, could escalate the threats of an attack, as the link is “logistically critical” for Putin.