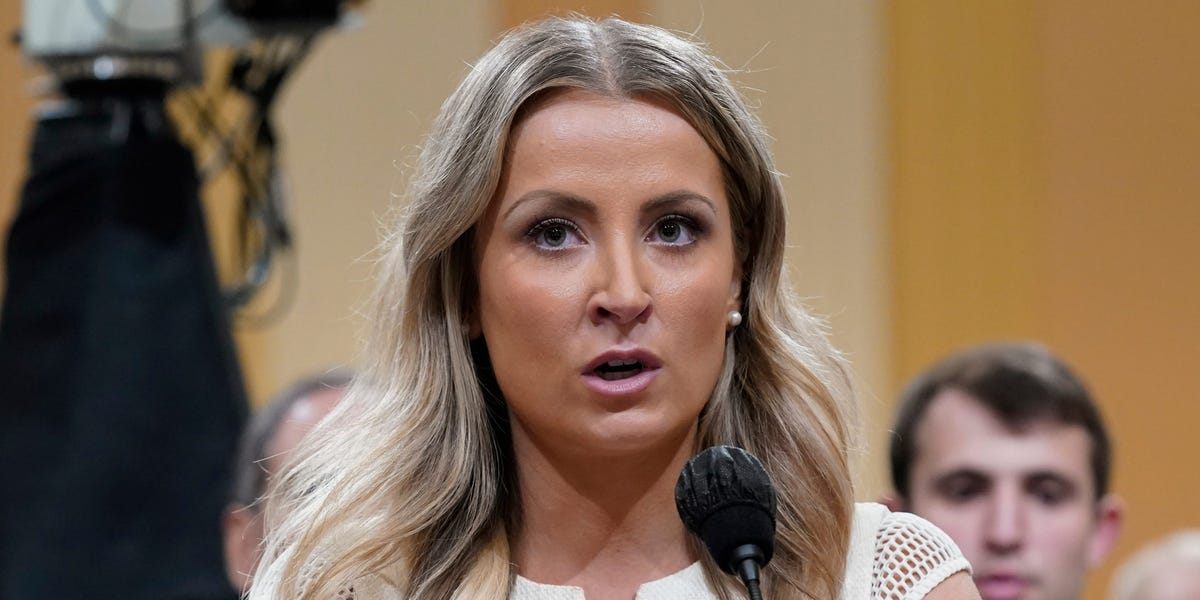 Former Trump aide Sarah Matthews says besides Trump, Mark Meadows was the most disappointing person on January 6: ‘He wouldn’t speak up and say what we all knew’

A former White House deputy press secretary said besides former President Donald Trump, the behavior of Mark Meadows — the former chief of staff — was the most disappointing during the Capitol riot.

On Friday’s episode of Politico’s podcast “Playbook Deep Dive,” Sarah Matthews, one of several aides who resigned on January 6, said Meadows was often seen as an enabler.

“He wouldn’t speak up and say what we all knew and would kind of sometimes just sit back and I heard that from multiple people in general at my tenure at The White House,” she told Politico’s Ryan Lizza. “He was always kind of looking out for his own best interests it felt like.”

Matthews said Meadows’ text messages from that day made it clear he was getting bombarded by people telling him to get the situation under control.

Meadows turned over thousands of texts to the January 6 committee, which ranged from Donald Trump Jr. advising Meadows to tell Trump to “condemn this shit Asap” to Rep. Marjorie Taylor Greene saying the rioters were antifa “dressed like Trump supporters.”

On September 15, CNN reported Meadows complied with the Justice Department’s subpoena for its January 6 investigation.

A lawyer for Meadows did not immediately respond to Insider’s request for comment.