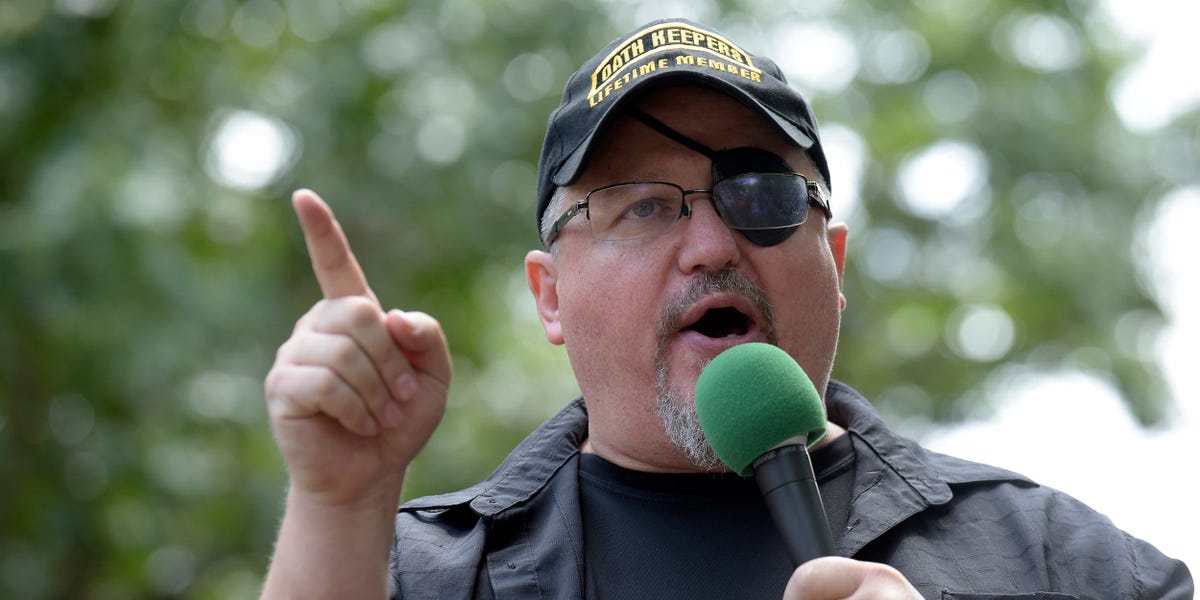 Founder of far-right Oath Keepers warned of a ‘bloody war’ ahead of the US Capitol riot, court hears

The trial of the far-right militia the Oath Keepers has heard that the group’s founder declared there would be a “bloody war” if former President Donald Trump did not reverse his election loss, Reuters reports.

In the Washington DC trial against Stewart Rhodes, the jury was presented with speeches, texts, and social media posts made by Rhodes that show him declaring unrest if Trump did not seize the 2020 election, which he lost.

In one speech given before the riots, Rhodes said, “If he does not do it now, while he is commander in chief, we are going to have to do it ourselves later, in a much more desperate, much more bloody war.”

Reuters also reports that Rhodes implored Trump to invoke the Insurrection Act, a 19th-century law that allows presidents to mobilize troops to manage civil unrest, which he never did.

Rhodes has been charged with five counts relating to the Capitol riot, including seditious conspiracy, conspiracy to obstruct an official proceeding, tampering with documents or proceedings, and aiding and abetting.

Rhodes is being tried alongside four co-defendants who all, according to court documents from the Department of Justice, coordinated travel to Washington DC to protest Trump’s lawful election loss, which later became a part of the infamous Capitol riots.

The documents read that they planned to bring weapons to the riots.

Another co-defendant, Roberta Minuta, said in a Facebook live during the riots, “it’s going down, guys; it’s literally going down right now Patriots storming the Capitol building. Fucking war in the streets right now. Word is they got in the building – let’s go.”