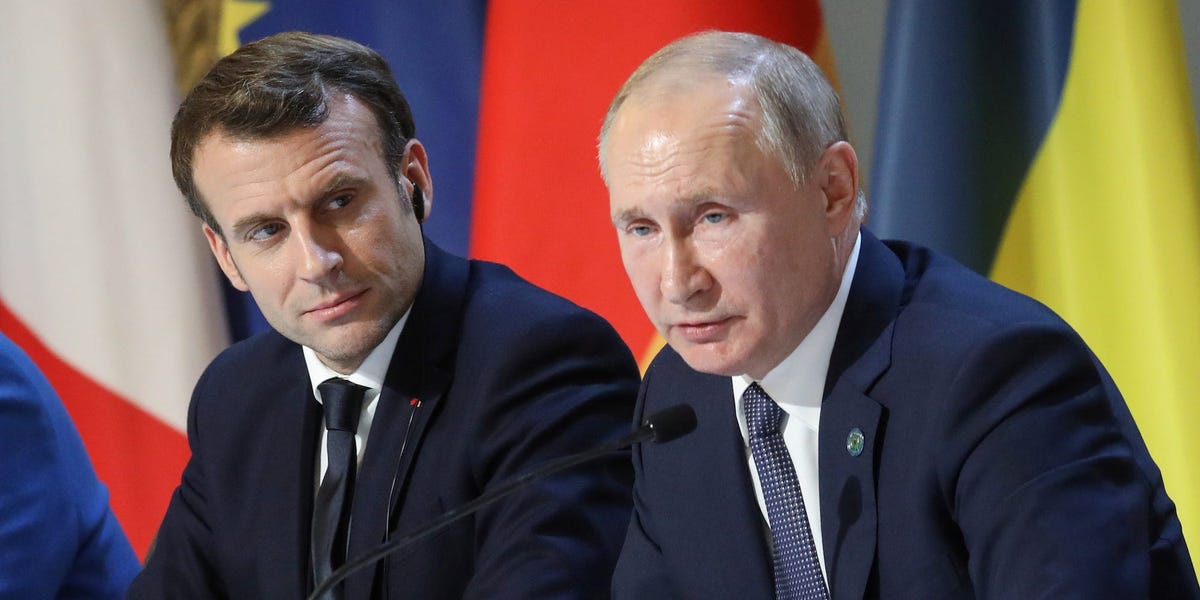 France’s Macron suggests he won’t fire nukes at Russia even if Putin uses them in Ukraine, undercutting Western threats

France’s President Emmanuel Macron suggested that he would not use nuclear weapons against Russia in retaliation for a Russian nuclear strike on Ukraine.

Macron, in a TV interview Wednesday night, gave a long and sometimes-ambiguous discussion of how France might react if Vladimir Putin’s threats to use nuclear force were to come true.

His answer , to the France 2 network, suggested that such an event may fall short of France’s own threshold for striking back.

The position was at odds with a much firmer statement by G7 countries Monday, in which France and other nations warned of “severe consequences” to the Russian use of nuclear weapons.

Macron was asked: “Would France consider a tactical strike by Russia as a nuclear strike?”

He replied: “France has a nuclear doctrine. It lies in the nation’s fundamental interests that are clearly defined. They wouldn’t be questioned should there be a ballistic nuclear attack.”

France’s current nuclear policy is to use nuclear weapons only in self-defense, a definition Macron suggested would not be met by an attack on an allied nation like Ukraine.

Macron also tweeted on Wednesday: “We do not want a World War.”

But France has been criticized for giving low levels of support compared to many other of Ukraine’s allies in Europe and the West.

Macron in the weeks before the war made public efforts to negotiate with Putin to prevent an invasion, without success.

Macron said in the interview that France having nuclear weapons give it “strength and protection” but added “”the less we talk about the threat, the more credible we are.”

Other nations have not explicitly said how they will respond if Putin uses a tactical nuclear weapon.

But Macron is the only leader of a nuclear-armed nation who strongly suggested he will still not use them if Ukraine is attacked.

And his comments could potentially threaten a coordinated NATO response.

A senior NATO official said that a nuclear attack by Russia would “almost certainly” trigger a military response from Western nations.

He said Russia using nuclear weapons would “almost certainly be drawing a physical response from many allies, and potentially from NATO itself” and said that “Russia would face “unprecedented consequences.”

It came after the joint G7 statement, in which member states — including the nuclear-armed US, France, and UK, said: “We reaffirm that any use of chemical, biological or nuclear weapons by Russia would be met with severe consequences.”

The G7 and NATO did not say what those consequences would be, and whether they would be nuclear or not.

Russia has repeatedly warned that it could use tactical nuclear weapons in Ukraine.

How likely Russia is to use nuclear weapons is unclear, and some experts and wold leaders say the threats may be a bluff designed to get the West to weaken its military support for Ukraine.

But they say those threats should still be taken seriously.

US President Joe Biden said earlier this month that the risk of nuclear “Armageddon” is the highest it’s been since the 1962 Cuban Missile Crisis.