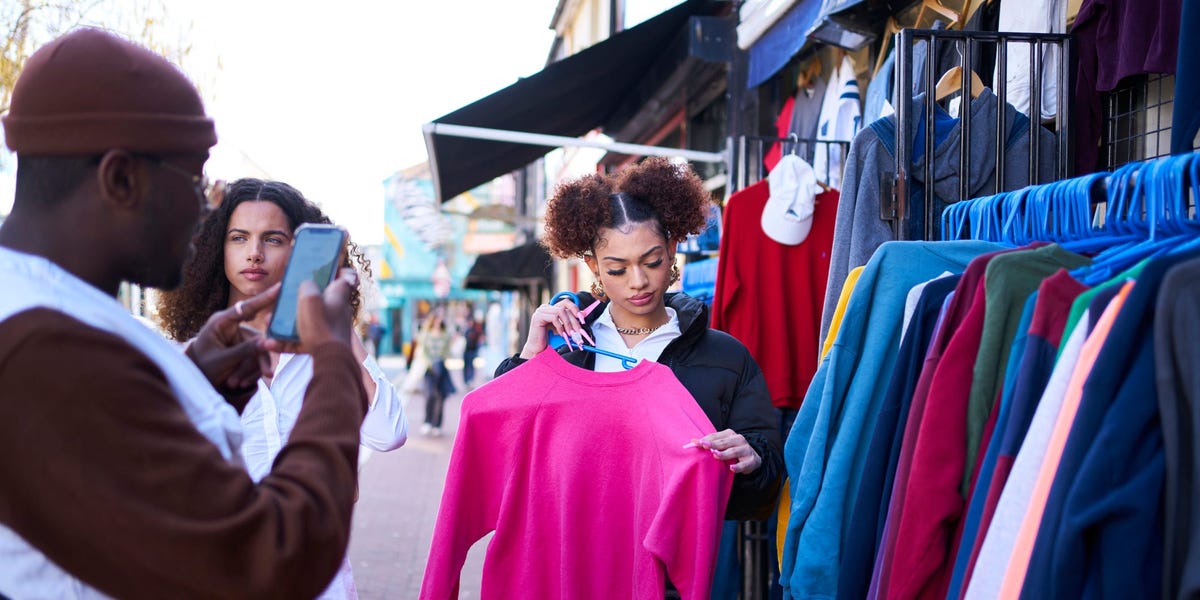 Gen Z spending on the rise, survey finds. Here’s how teens are spending their money – and which brands, products, and e-commerce sites they prefer.

Gen Z is spending slightly more across the board in 2022 as wealthier teens turn to discount shops, according to Piper Sandler’s latest “Taking Stock with Teens” survey.

The firm’s 44th semi-annual report is based on a sample of 14,500 US teens surveyed from August 21 to September 23, 2022. Piper Sandler’s teen spending survey project first kicked off in 2001, and has amassed over 56.5 million data points across the years. The survey discovered that “self-reported” spending for teens jumped 3% over year, although it dropped 2% from spring 2022.

The survey delved into the brands and spending trends beloved by the Gen Z cohort. Over 39% of respondents work a part-time job to earn extra cash, up slightly from last year.

Here are some highlights from the latest report:

Not all the goods purchased were new.

Secondhand shopping occupies 7% of teens’ shopping time.Piper Sandler found that nearly half – 47% have purchased items secondhand and 58 percent have sold goods in the secondhand market.

Skincare was the biggest category for beauty spending.

Cosmetics was a close second, followed by hair care.  The percentage of teens who report wearing makeup every day rose to 41 percent, from 33 percent.

In the realm of dining, chicken rules.

18% of respondents said their favorite spot was Chick-Fil-A. Starbucks trailed just behind at 17%, with Chipotle rounding out the top three at 13%.

As for e-commerce, 52% of survey participants said they favored Amazon.

Next on their list were Shein, Nike, Lululemon, and PacSun.