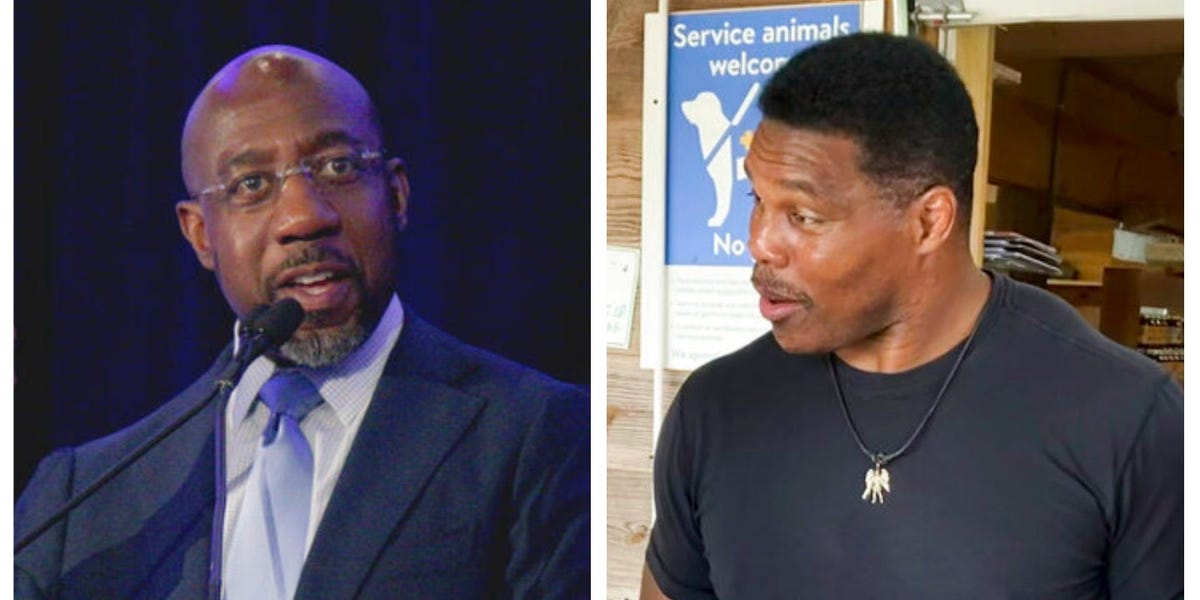 Democratic Sen. Raphael Warnock on Friday affirmed his support for abortion rights during a campaign appearance in Middle Georgia, as the lawmaker works to earn a full six-year term in the Senate next month.

“I am a man of faith. I am a pastor. I have a profound reverence for life, and I have a deep and abiding respect for choice,” he told the attendees, according to The Atlanta Journal-Constitution.

Abortion has been front and center in the Georgia Senate race after last week’s bombshell reports about GOP nominee and former NFL player Herschel Walker, where he was been accused of paying for the abortion of an unnamed former girlfriend in a Daily Beast report. In a separate The New York Times report, the same woman said that Walker pressed her to have a second abortion, but she refused.

Walker — who would back a national 15-week abortion ban if elected — said the claim that he paid for an abortion was a “flat-out” lie. Coverage of the issue dominated Georgia political headlines all last week.

During his speech, Warnock did not specifically mention Walker during his nearly 30 minutes of remarks.

“If you are concerned about life, as I am, it seems to me that you would be morally offended by the fact that a decade after we passed the Affordable Care Act, Georgia state officials are still refusing to expand Medicaid … and people are dying because they cannot get health care coverage,” he said, per the Journal-Constitution.

However, while speaking with reporters after his remarks, Warnock said the set of reports brought up serious questions regarding his opponent.

“We have seen some disturbing things. We’ve seen a disturbing pattern, and it raises real questions about who is actually ready to represent the people of Georgia,” Warnock said of Walker.

Last week, Walker suffered some internal political fallout, as his campaign fired political director Taylor Crowe after it was believed that the staffer had been leaking information to the press, according to two individuals with knowledge of the situation who spoke with the Journal-Constitution.

But Republicans appear likely to stand largely behind Walker, a former University of Georgia football standout who boasts near-universal name recognition in the state and has been strongly endorsed by former President Donald Trump.

Florida Sen. Rick Scott, the chairman of the National Republican Senatorial Committee, said last week that the committee would continue working to elect Walker next month.

“When the Democrats are losing, as they are right now, they lie and cheat and smear their opponents,” he said in a statement. “That’s what’s happening right now. They know they are on the verge of losing the Senate, and they know Herschel Walker is winning, so they have cranked up the smear machine.”

Walker has dismissed the allegations and has threatened to sue The Daily Beast over the initial report. He alluded to what he depicted as a Democratic-led smear campaign during a Thursday press coverage in Georgia.

“I know why you’re here,” he said last week. “You’re here because the Democrats are desperate to hold on to this seat here, and they’re desperate to make this race about my family.”

In the most recent polling average on FiveThirtyEight.com, Warnock holds a small edge over Walker (47.7%-43.9%).

If no candidate earns over 50% of the vote next month, then the top-two finishers will face off in a December runoff election.