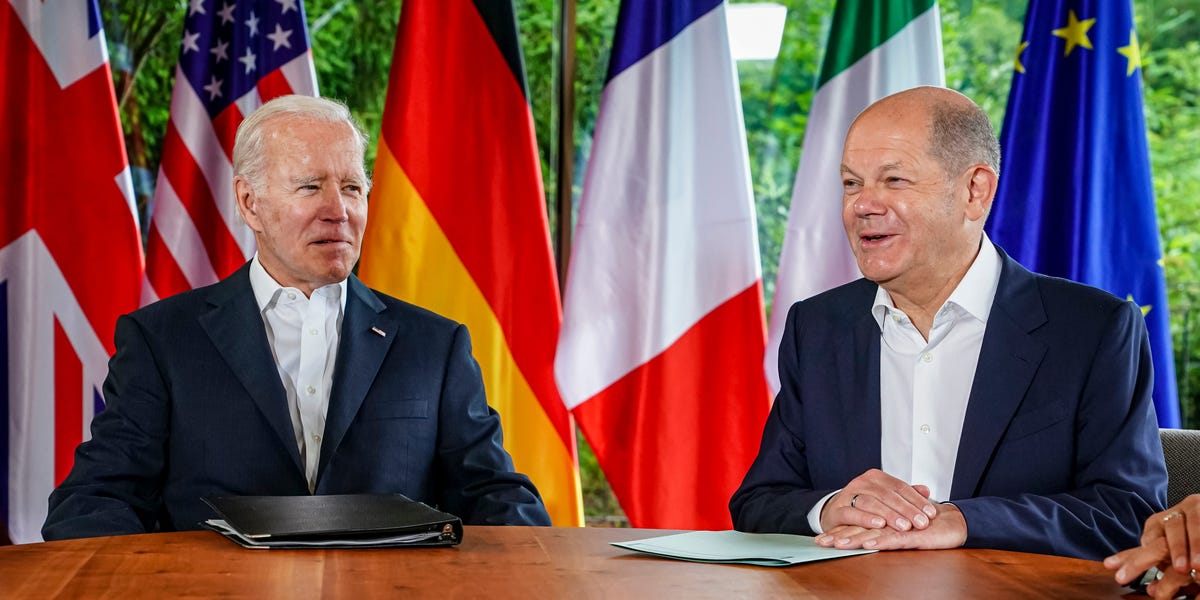 After months of skyrocketing prices, Germany’s government told its citizens a recession is coming.

The financial downturn in Germany is primarily due to Russia’s gas shutdown, as the country wages war against Ukraine. Moscow has shut off access to crucial fossil fuel supplies, meaning that Germany and the rest of Europe are facing soaring gas prices.

“We are currently experiencing a serious energy crisis, which threatens to become an economic and social crisis,” Germany’s Economy Minister Robert Habeck said on Wednesday as he revealed the country’s official fall economic forecasts.

The German economy is still expected to grow 1.4% in 2022, according to the government forecasts, after rebounding earlier in the year. But it will shrink an additional 0.4% in 2023 because of Russia’s halting access to gas, enough to signal a recession, Habeck said.

The German government recently unveiled a 200-billion-euro fund to dull the impact of surging prices to consumers and businesses, including a cap on energy costs. In a similar move meant to insulate residents from growing energy prices, Scotland recently implemented a rent increase ceiling.

This comes as slowly cooling inflation still causes headaches for Americans. President Biden has yet to ring that alarm bell, and in fact, he told the country on Tuesday that there’s no reason to worry.

There are legitimate reasons to feel good about the US’ recession prospects, but recent data suggests that despite Biden’s downplaying, one is becoming increasingly likely.

While the Bureau of Labor Statistics’ most recent jobs report suggests the US economy as a whole remains strong, forecasts of an earnings recession are slightly more likely than those calling for a widespread downturn, Insider’s Ben Winck reported last week.

The former describes a period in which companies’ profits fall for two consecutive quarters. While it often accompanies a broader recession, it can exist on its own while the rest of the economy holds up, however, especially if lower revenues don’t translate to significant job loss.

And that’s as other warning signs persist. Wall Street economists are split on a recession bet, although more are increasingly siding on the likelihood of one. And gas prices, a classic harbinger, are starting to creep upward again, after a cooling off period this summer.

No matter what, though, it’s looking like a hard economy for 2023 as the US either dodges a recession or attempts to recover from months of high inflation: in the case of the latter, that means mass layoffs and expensive borrowing.