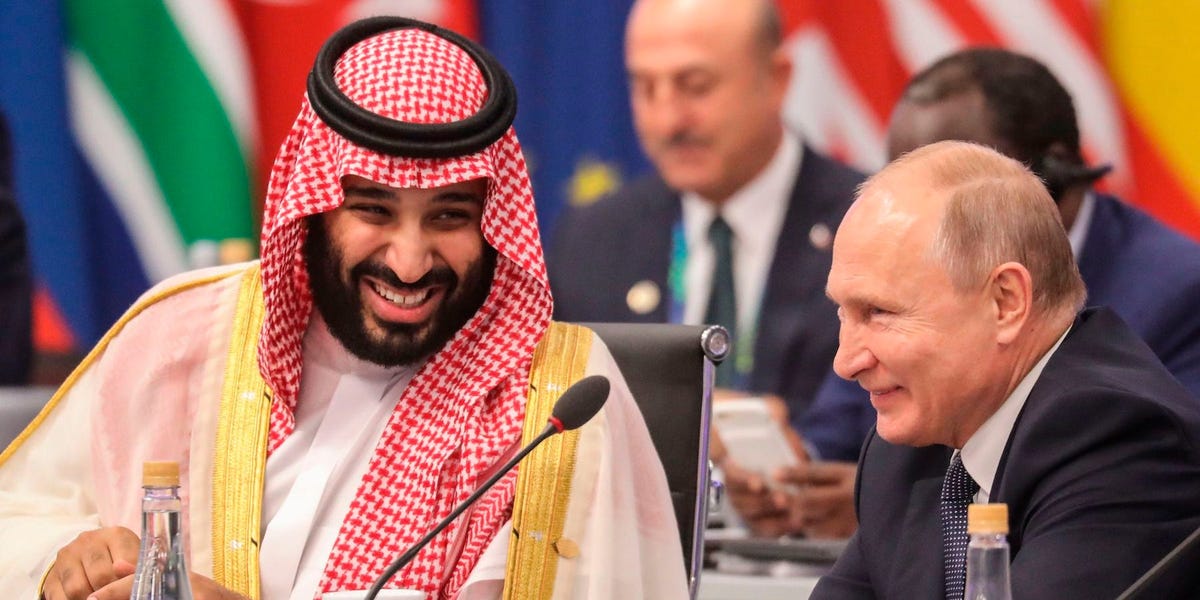 
Oil prices are likely to hit $110 a barrel by the end of this year as OPEC+ production cuts squeeze global crude supply tighter, according to Goldman Sachs.

The bank upped its oil price target from an earlier set $100 a barrel in a recent research note titled ‘OPEC+ takes on the west’.

OPEC+ – a group of 23 oil-producing countries including Russia and Saudi Arabia – announced Wednesday that it would reduce supply quotas by 2 million barrels a day from November.

The oil cartel defied a last-minute push from the Biden administration, which has called for it to keep supply constant in a bid to keep US gas prices low.

And “price risks are skewed potentially even higher,” a team led by the bank’s head of energy research Damien Courvalin said this week.

In that unlikely scenario, only demand destruction – where a long period of high prices causes global demand for oil to fall – would allow for price relief, according to the bank.

“If sustained through December 2023 next year, such cuts would amount to $25 a barrel upside from our previous 2023 $107.50 a barrel Brent forecast, with potential for price spikes even higher should inventories fully deplete, requiring demand destruction as a last resort,” the strategists said.