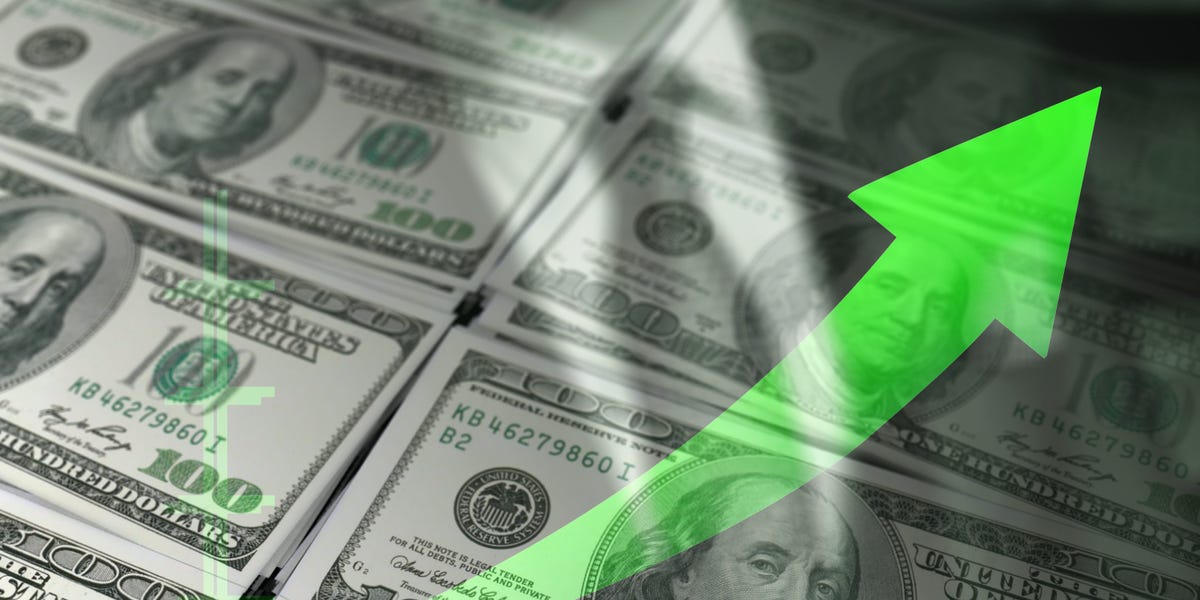 
Good morning, this is Jason Ma and today’s edition highlights the outlook for corporate financial results as the US dollar rises.

The worsening prospects for the global economy point to continued strength for the greenback. The International Monetary Fund predicted Tuesday that growth worldwide will slow to 2.7% in 2023 from 3.2% in 2022.

“As the global economy is headed for stormy waters, financial turmoil may well erupt, prompting investors to seek the protection of safe-haven investments, such as US Treasuries, and pushing the dollar even higher,” the IMF warned.

Here’s what a strong dollar means for stocks as earnings season heats up.

1. Don’t set your hopes too high for quarterly sales, according to Goldman Sachs analysts, who said in a note that the strong dollar will weigh on S&P 500 companies, which are often multinational corporations with significant international exposure.

The dollar has been among the best-performing assets of 2022, largely on the back of aggressive rate hikes by the Federal Reserve. And in the third quarter, the trade-weighted US dollar rose by 9% from a year ago, Goldman said, warning that fewer S&P 500 firms will beat consensus sales forecasts.

“The move in FX means most firms will announce 3Q results in regular terms but will undoubtedly emphasize their performance on a ‘constant currency’ basis,” according to the note.

And for companies that do a lot of business in Japan, the weak yen will likely remain a headwind. Prime Minister Fumio Kishida said he supports the Bank of Japan’s loose monetary policy despite the yen sliding to a two-decade low against the US dollar.

In an interview with the Financial Times, the premier also dismissed speculation he would cut short BOJ Governor Haruhiko Kuroda’s tenure.

While most central banks are raising interest rates to combat high inflation, the Bank of Japan has kept interest rates in negative territory and has maintained a cap on its 10-year yield via bond purchases to fight deflation.

And while a strong dollar helps keep prices of imports down, inflation in the US remains near four-decade highs, and Thursday’s consumer price index report could deliver another blow to the S&P 500, according to JPMorgan. If the reading tops 8.3%, then expect the stock market to sell off by 5%, the bank’s trading desk said. But readings below 8.1% could spark some big gains for the stock market.

What do you think? How has the strong dollar affected your portfolio? Email jma@insider.com.

2. US stock futures rise early Wednesday, as the pound rallied from a two-week low after the Bank of England reportedly signaled it’s ready to keep buying bonds. Meanwhile, Poland is investigating a leak in a key pipeline carrying crude oil from Russia to Europe. Here are the latest market moves.

3. Earnings on deck: PepsiCo, Wipro Ltd. and more are all reporting.

4. After a summer rally, stocks have tumbled to new year-to-date lows and are now the cheapest they’ve been since the pandemic began, said Morningstar. But most near-term headwinds that might compress earnings have already been priced into the market. Here are the firm’s top 33 most undervalued stock picks going into the fourth quarter of 2022.

5. DoorDash, Lyft and Uber all fell Tuesday after the Labor Department unveiled a proposal on how companies classify workers. The proposed rule would base the determination of whether to classify a worker as a contractor or employee on a broad assessment, such as if the gig work is an “integral” part of a company’s business. That could ease the way to reclassifying drivers from independent contractors to full-scale employees, entailing additional costs and requirements.

6. The Fed needs more than a plunging market to end its aggressive current rate hike policy, Ned Davis Research said in a note. Instead, the Fed likely needs one of three things to happen: evidence that inflation is headed lower, softness in the labor market, or an inability for companies to get funding. Until then, it’s premature for investors to call a peak in bond yields.

7. Vladimir Putin’s plan to weaponize Russian gas supplies against Europe has failed, according to Yale professor Jeffrey Sonnenfeld, who said the EU now sources just 9% of its gas from Russia, down from 46% before the war. And with China not rushing to build more gas pipelines to make up for Russia’s lost sales, “the only losers from this gas blackmail are Putin and his enablers,” he wrote in a Financial Times column.

8. The Columbia Dividend Income Fund has topped 94% of competing funds in the past 15 years. Portfolio manager Mike Barclay shared his fund’s strategy and his secrets to success. Focus on dividend stocks with two specific qualities instead of prioritizing high yields, he said.

9. Some on Wall Street think earnings estimates remain too high as the Fed tightens. But Bank of America says there are still opportunities for investors this earnings season. Here are 13 stocks the bank thinks will beat earnings estimates in the third quarter.

10. The US Dollar Index has been rallying over the past week after coming down from 20-year highs. The recent moves track those of the 10-year US Treasury yield, which slid last month after the Bank of England announced emergency gilt purchases. Take a look at the greenback’s relentless advance of the past year and a half.