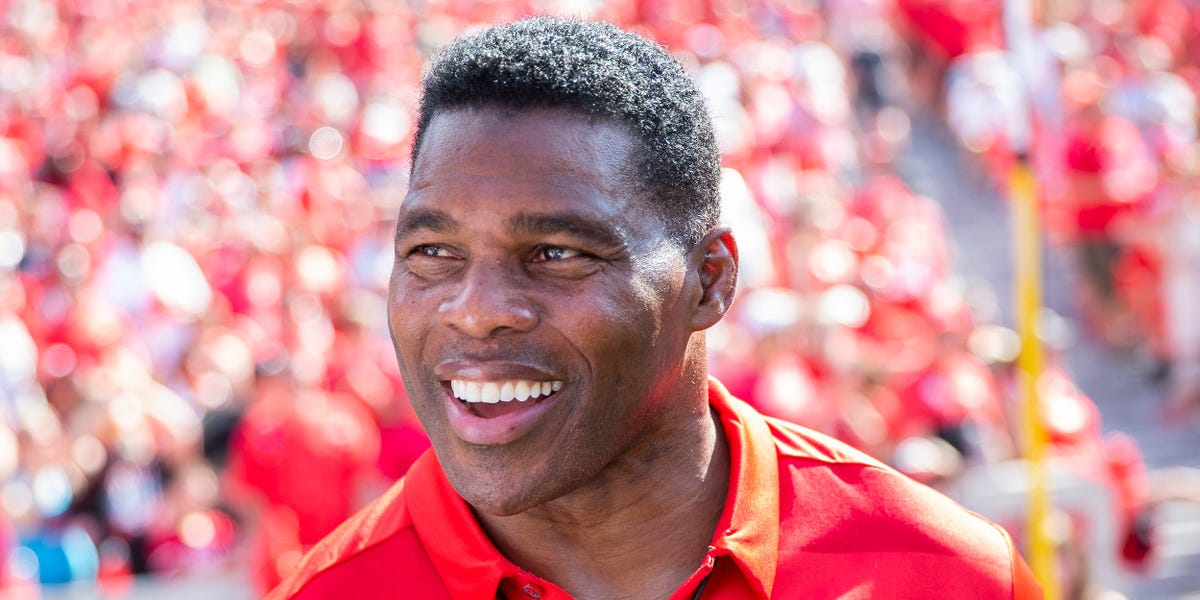 Herschel Walker admits he had a relationship with the woman who accused him of paying for an abortion: ‘I could have sent some money’

Scandal-ridden GOP Senate candidate Herschel Walker, who faces allegations that he offered a woman $700 for an abortion in 2009, told NBC News he knows the woman who made the accusation and confirmed that he dated her.

He also confirmed that the woman was the mother of one of his children, NBC reported.

The Daily Beast reported Monday that Walker — a staunch anti-abortion advocate — paid a woman he had gotten pregnant to get an abortion. The woman provided the Daily Beast evidence in the form of a $575 receipt from an abortion clinic, an image of a $700 check signed by Walker, and a “get well card” with his signature.

On Monday Walker called the report a “flat-out lie” and said he planned to sue the Daily Beast.

But in a new interview with NBC published Friday, Walker now says he could have sent the materials the woman was referring to, but “not for the reasons she is saying.”

NBC also obtained texts sent Friday between Walker’s wife Julie Walker and Walker’s former partner. In the texts, the woman tells Walker’s wife — who initiated the conversation — if she knew that Walker asked her to have an abortion twice.

“This message makes me incredibly sad. You know I have continually tried to bridge a better relationship between you and Herschel putting [the child] first,” Walker’s wife responded, according to NBC.

The woman also accused Walker of encouraging her to get a second abortion, but she did not go through with it, The New York Times reported Friday. The Times corroborated the Daily Beast’s reporting through custody reports as well as an interview given by a friend of Walker’s accuser.

Walker and the woman, who remains anonymous, shortly broke up afterward, the Times reported.

“She has been angry at me for years and it is very difficult,” Walker told NBC. “She’s a big, big advocate for abortion rights; she’s said that.”

Walker is in a tight race to unseat Democratic Sen. Raphael Warnock in Georgia.

Although the allegations coming out will probably not hurt Walker’s support among hard-line Republicans, it could lead some on the fence to distance themselves from him, experts told Insider. Throughout the abortion allegations, GOP leaders have rallied behind Walker.

A spokesperson for Walker did not immediately respond to Insider’s request for comment.