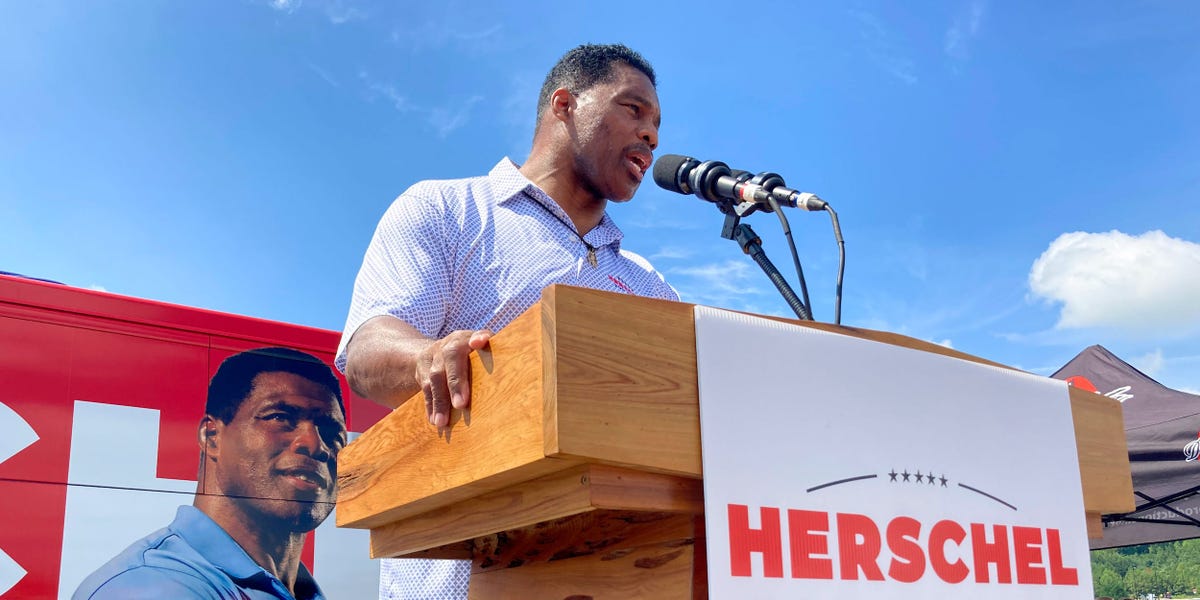 
Herschel Walker experienced a rift in his senate campaign after a report alleged that he paid a woman for an abortion, but the GOP candidate is hoping it can be an advantageous moment to rile up support and donations.

In an email sent to his supporters on Wednesday, Walker’s campaign called the allegations in The Daily Beast story a “flat-out lie” and an attempt by Democrats to “hold their majority in the Senate.” The Georgia senate seat is a highly contested race between Walker and Democrat incumbent Sen. Raphael Warnock, which could tip the Senate majority to Republicans if Walker wins.

The email goes on to state that Walker is “going to fight and win this seat…but I need you to stand with me,” with options at the bottom of the message to donate $5 to $100 to the Walker campaign.

The strategy follows a familiar playbook from Trump’s Save America PAC, where the committee solicits donations after each controversy or bombshell report on the former president.

A week after the FBI raided Trump’s Mar-a-Lago resort for missing White House documents, Trump’s fundraising vehicle sent a flurry of emails that denounced the search and asked supporters for donations to “bolster our Official Trump Defense Fund.”

For at least two days, the PAC raised up to $1 million, according to The Washington Post.

Walker has repeatedly denied the allegations that he paid a woman in 2009 for an abortion, which would contradict his firm anti-abortion stance. The candidate previously said “there’s no exception” for the procedure.

“This is another repugnant hatchet job from a Democrat activist, disguised as a reporter,” the campaign email claimed. “Now, they’re using an anonymous source to further slander me.”

The Daily Beast reported that the woman shared a $575 receipt from an abortion clinic as well as an image of a $700 check signed by Walker and a “get well card” that appeared to have Walker’s signature. They also corroborated the details with a friend of the woman who helped take care of her after the abortion.