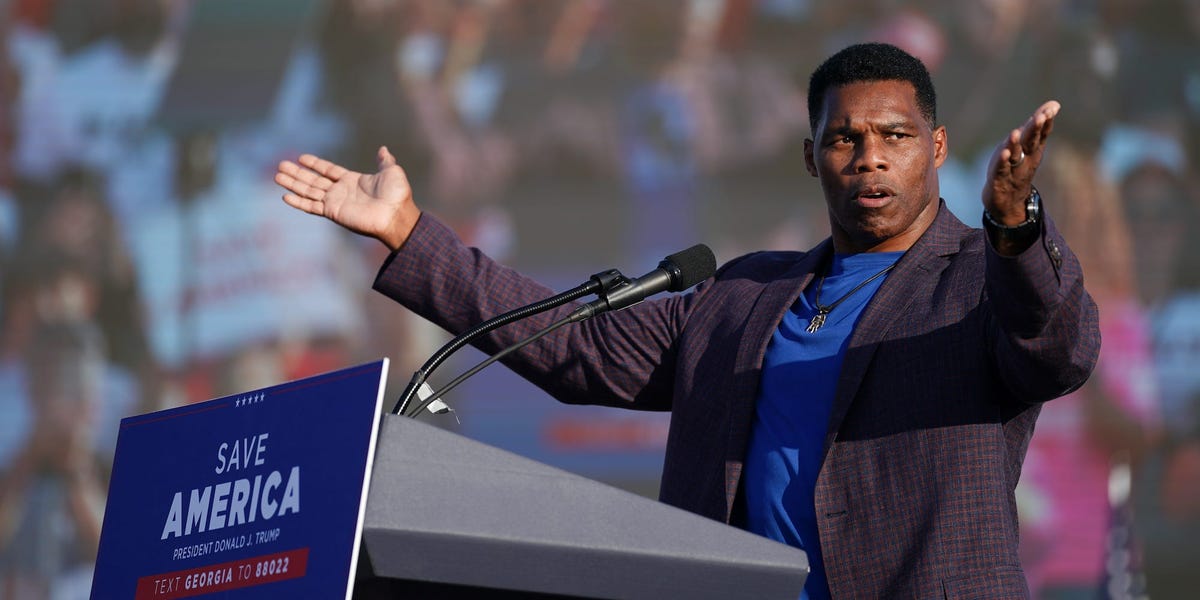 
Georgia Republican Senate candidate Herschel Walker suggested on Thursday that there’s no reason to be ashamed of paying for a woman’s abortion, despite his support for a nationwide ban on the procedure without any exceptions.

In an appearance via phone on conservative talk radio host Hugh Hewitt’s show, Walker continued to deny a report from The Daily Beast alleging that he paid for a woman to have an abortion in 2009, despite new reporting from the outlet that the woman also had a child with him.

Asked by Hewitt about the story, the former University of Georgia football legend said the report was “totally, totally untrue,” but made a bizarre remark about the matter in general.

“If that had happened, I would have said it, because there’s nothing to be ashamed of there,” said Walker. “You know, people have done that, but I know nothing about it.”

The abortion allegation has drawn attention largely because of the hypocrisy it suggests — Walker has said that he supports banning abortions altogether, even characterizing widely supported exceptions for rape, incest, and the life of the mother as “excuses.”

And he was one of the few Republican Senate candidates to openly embrace a nationwide 15-week abortion ban put forward by Republican Sen. Lindsey Graham of Georgia, telling Politico in a statement that he “WOULD support this policy.”

“I just can’t with the hypocrisy anymore,” the anonymous woman who made the abortion payment allegation told The Daily Beast, explaining why she came forward. “We all deserve better.”

In a story published Wednesday evening, the anonymous woman went even further in her criticism of Walker.

“I don’t think there’s anywhere in the Bible where it says ‘Have four kids with four different women while you’re with another woman.’ Or where it praises not being a present parent. Or that an abortion is an OK thing to do when it’s not the right time for you, but a terrible thing for anyone else to do when you are running for Senate,” she told the outlet.

“He picks and chooses where it’s convenient for him to use that religious crutch,” she added.

And Christian Walker’s criticism of his father has continued.