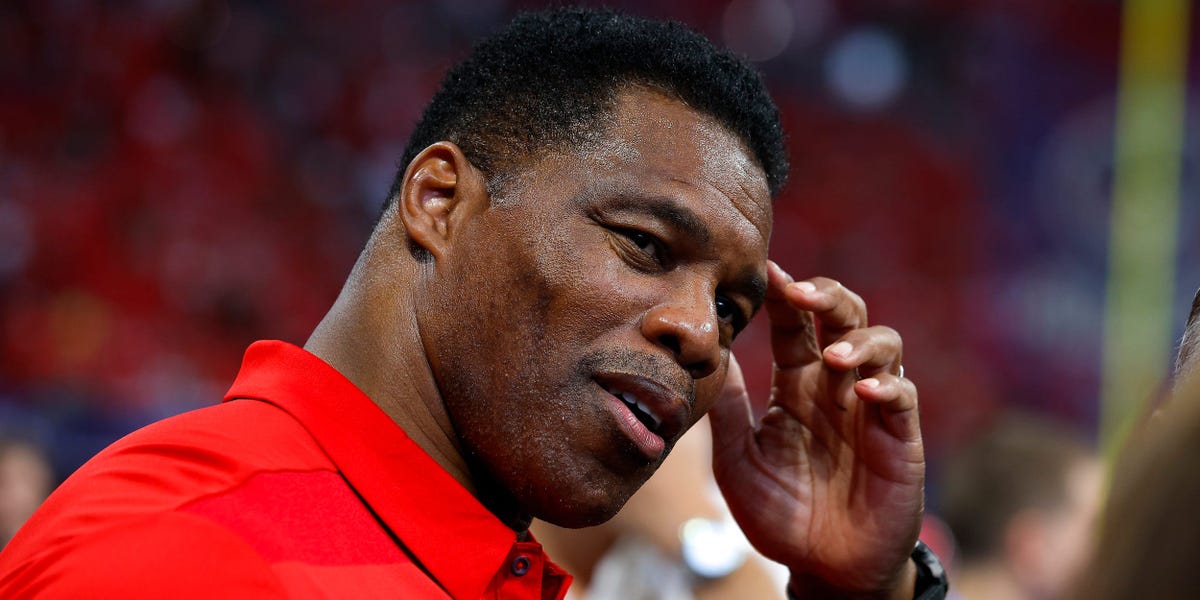 Herschel Walker shares a child with the woman he also reimbursed for an abortion, according to The Daily Beast, which revealed more details on the anonymous accuser


GOP Georgia Senate candidate Herschel Walker, who has railed against abortion access throughout his campaign, repeatedly denied a Monday Daily Beast report alleging he reimbursed a woman more than a decade ago for her procedure.

The former NFL pro this week said he couldn’t even figure out who the accusing woman was, calling the report a “flat-out lie” and seizing on the woman’s decision to keep her identity anonymous.

But that woman on Wednesday told The Daily Beast that Walker’s ignorance is likely feigned, as she’s also the mother of one of his children.

The outlet is continuing to protect the woman’s identity but used receipts to corroborate her account of the abortion as well as her relationship to her child, whom Walker has publicly acknowledged as his own.

A representative for Walker did not immediately respond to Insider’s request for comment.

The woman said she was floored by Walker’s response to the initial story, given their long-term dating history and shared child.

“Sure, I was stunned, but I guess it also doesn’t shock me, that maybe there are just so many of us that he truly doesn’t remember,” she told the outlet. “But then again, if he really forgot about it, that says something, too.”

The anonymous woman, who is a registered Democrat, told The Beast that Walker’s resounding rejection prompted her to share more details about their relationship.

“I’ve been very civil thus far. I keep my mouth shut. I don’t cause any trouble. I stay in the background. But I’m also not gonna get run over time and time again,” she said. “That’s crazy.”

The woman, who identifies as a Christian, told the outlet that when she was impregnated by Walker a second time, he told her it still wasn’t a “convenient time” for him. She also said he never expressed regret or guilt about their decision to have an abortion the first time.

“He seemed pretty pro-choice to me. He was pro-choice, obviously,” she said.

The allegations have thrown Walker’s campaign into a frenzy as he fights for a key Senate position in a tight race. The initial story prompted one of Walker’s sons, conservative influencer Christian Walker, to unleash on his father, calling him a liar in a series of tweets and videos.

The anonymous woman echoed some of Christian Walker’s criticisms in a quote to The Beast.

“I don’t think there’s anywhere in the Bible where it says ‘have four kids with four different women while you’re with another woman.’ Or where it praises not being a present parent. Or that an abortion is an OK thing to do when it’s not the right time for you, but a terrible thing for anyone else to do when you are running for Senate. He picks and chooses where it’s convenient for him to use that religious crutch,” she said.

Despite the increasing controversy surrounding the candidate, the general GOP has rallied around Walker, including former President Donald Trump.

The woman at the heart of the story, however, said her story has been generally well received because she’s “telling the truth.”