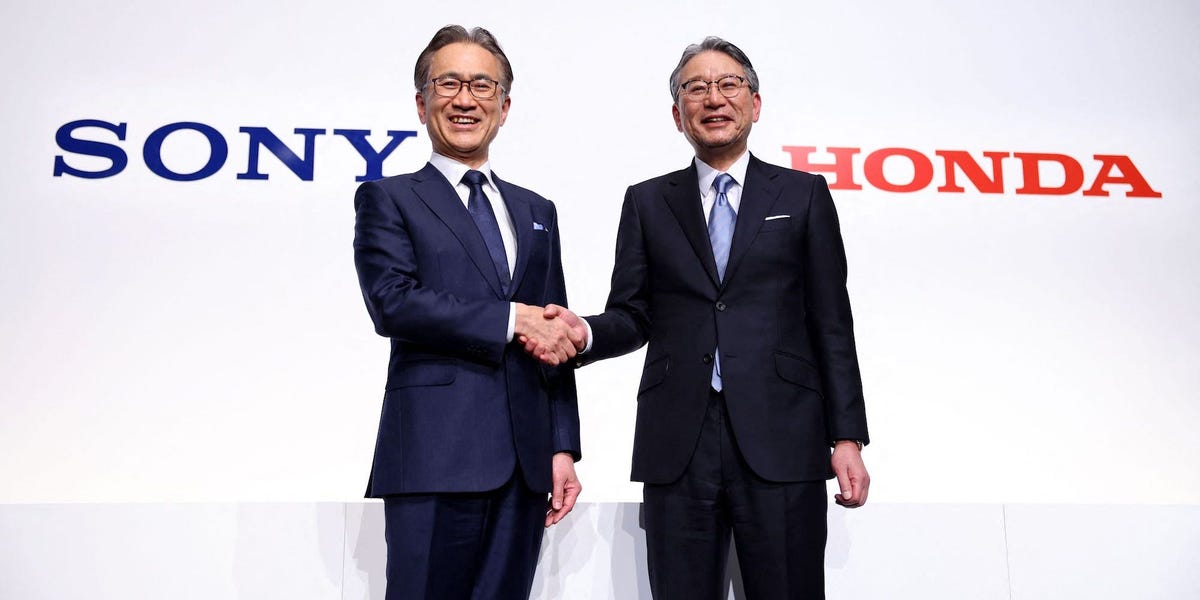 Two of Japan’s biggest companies might be teaming up to create a new, high-tech, electric vehicle, but Americans will be the first to get behind the wheel.

Sony Honda Mobility Inc (SHM) — a strategic partnership between the automaker Honda and electronics giant Sony — announced Thursday that it will launch its first EV in the US.

Preorders for the first as yet unnamed EV are set to begin in the first half of 2025, with sales beginning before the end of that year. Delivery to the US is set to start in spring 2026, with deliveries to Japan starting during the second half of 2026, SHM executives said in a press conference.

Details about the EV’s design and specification have not been released, but SHM said it intends to provide “high value-added products and services.” It will do so by focusing heavily on the software and the car’s internal entertainment system, which could include “digital innovations such as the metaverse,” the company said.

The company aims to develop Level 3 automated driving under limited conditions. Typically, that’s understood to mean that human intervention is still required but the vehicle can perform maneuvers such as accelerating beyond slower-moving cars independently through the use of sensors and AI.

Yasuhide Mizuno, chairman of Honda Mobility, told reporters that the EV would be priced at “a reasonable amount” that matched the “added high-value” provided by components like its software, Nikkei Asia reported.

SHM said the first vehicles will be manufactured at Honda’s North American factory but did not specify which one.

On Tuesday, Honda announced plans to invest $4.4 billion in an EV battery production plant in Anna, Ohio, in another joint venture with LG Energy Solution.

Sony and Honda’s strategic alliance was first announced in June. The 50-50 partnership has capital worth 10 billion yen ($68 million).

SHM did not immediately respond to Insider’s approach for further comment, which came outside of standard business hours.

Both Sony and Honda have a history of developing high-tech cars.

On October 6, Honda unveiled its first all-electric SUV for the American market. The Honda Prologue, built in partnership with GM, is set to launch in 2024.

In January, Sony unveiled an SUV prototype that can connect remotely to a PlayStation.