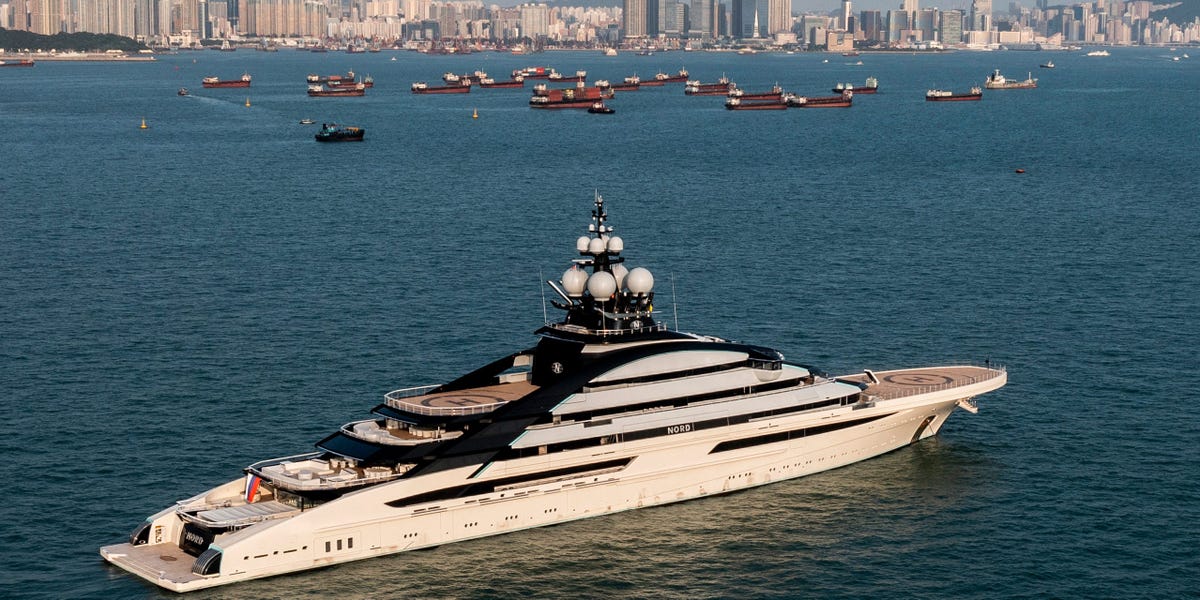 Hong Kong says it won’t seize the $500 million Russian oligarch yacht docked in its waters, as there is ‘no legal basis’ for the move

The $500 million vessel Nord — believed to be owned by Russia’s third-richest person, Alexei Mordashov — moored in Hong Kong last Wednesday, according to data from Marine Traffic, a vessel-tracking site. The steel tycoon has been sanctioned by the US, the EU, and the UK for his links to Russian President Vladimir Putin.

The US has even warned the Chinese special administrative region that its “reputation as a financial center depends on adherence to international laws and standards,” the Financial Times reported Saturday, citing the State Department.

But Hong Kong has not taken any action against the yacht.

“That is our system. That is our rule of law. We cannot do and we will not do anything that has no legal basis,” Lee said at a scheduled news conference on Tuesday, according to an official Hong Kong government transcript. He made specific reference to the superyacht when responding in Cantonese at the same event.

Lee, a pro-Beijing loyalist, was elected to the city’s top leadership position in May by a committee of elite Hong Kongers. The top Hong Kong leader, alongside other officials from the city, was sanctioned by the US in 2020 for having a key role in implementing a draconian national security law.

In response to a reporter’s question, Lee hit back at the 2020 sanctions against the Hong Kong officials, which he said were “without justifications” and “barbaric.”

“I’m not going to comment on the effects of such barbaric act because officials in Hong Kong do what is right to protect the interests of the country and the interests of Hong Kong. So we will just laugh off the so-called sanctions,” he said on Tuesday at the same press conference.

Hong Kong’s stance on Mordashov’s superyacht stands in contrast to the spate of luxury-vessel seizures in Europe earlier this year, following sweeping Western sanctions over Russia’s invasion of Ukraine. To avoid getting impounded, some yachts belonging to Russian oligarchs have been sailing to jurisdictions where they can’t be seized, such as Turkey and the Maldives.

China has not condemned Russia’s invasion of Ukraine, nor implemented any sanctions against Moscow.