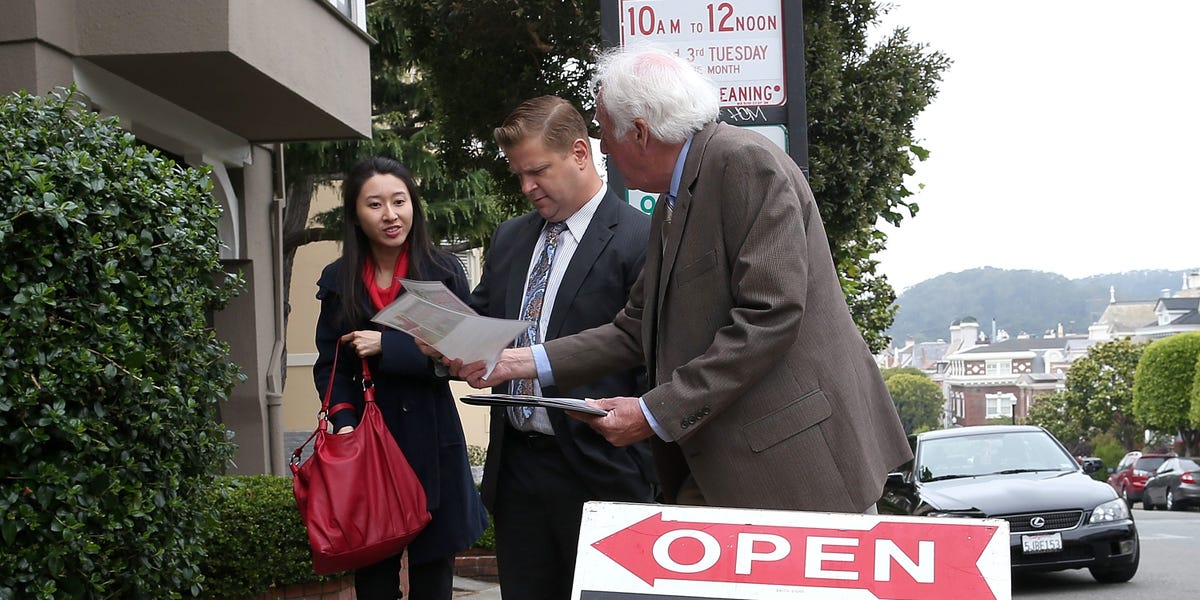 The latest source of alarming inflation is coming from inside the house.

If you’re a renter or just recently bought a home, it means you’re bearing the brunt of soaring inflation.

While food and gas prices are no longer surging at the extraordinary rate seen earlier this year, housing costs have taken their place. Owners’ equivalent rent — which measures how much rent would need to be paid to substitute an owned home as a rental property — soared 6.7% in the year through September, the Bureau of Labor Statistics said Thursday. That’s up from the prior month’s pace of 6.3% and the fastest rate since data collection began in 1984.

The measure captures just how expensive shelter has become for buyers and renters alike. Soaring interest rates have ripped through the housing market in 2022, driving mortgage rates to highs not seen since the peak of the mid-2000s housing bubble. That’s made homes much less affordable for most buyers, as monthly payments on home loans are now far larger than they were just one year ago.

That’s bled into the rental market, too. Demand for rental properties has rallied as Americans shy away from buying, leading costs to soar at apartments and rental homes, too. For those who don’t own their home and haven’t locked in a low mortgage rate, shelter is as expensive as it’s ever been.

The broad uptick in housing costs drove overall inflation to even more worrying highs last month. The core Consumer Price Index — which strips out volatile food and energy prices — leaped to a 6.6% year-over-year pace in September, beating economists’ forecasts and reflecting the fastest price growth since 1982.

Shelter counts for roughly a third of overall CPI, making it the single most influential component of the inflation measure. Though prices tend to climb at a slow and steady pace over time, the pandemic-era homebuying boom supercharged price growth.

The Federal Reserve started raising interest rates in March to cool demand and pull inflation lower, but its policy currently sits in an awkward middle ground. Rate hikes have lifted mortgage rates and generally made housing far less affordable. And while rates have climbed at the fastest pace in four decades, there’s little sign that they’re putting downward pressure on inflation just yet.

Those hoping for the housing market to quickly normalize are likely to be disappointed. Despite fading demand and slowing price growth, home prices remain high coast to coast.

It’s all thanks to a dearth of inventory that’s keeping the housing market unaffordable. Builders still have not constructed enough homes to keep up with demand and it’s preventing home prices and rents from stabilizing.

“The key to improving housing affordability is increasing inventory,” Robert Dietz, the chief economist at the National Association of Homebuilders, told Insider. “Home prices have surged over the last two years as preference shifted toward single-family homes, particularly those with more space in suburban locations. However, a lack of inventory has frustrated prospective buyers.”

In August, residential housing construction grew 12.2% to an annualized rate of 1.575 million units, according to the Census Bureau. Although it was an increase from July, construction was still down from the August 2021 rate of 1.576 million units. Considering homebuilders still need to construct millions of homes to match the current level of demand, the decline adds up — especially as existing home inventory falters.

With fewer homes available for sale, more and more prospective buyers are either returning to renting or staying renters longer — it’s helping to keep rents elevated.

“While renting has become more expensive, it is now more attractive than buying for many Americans this year as mortgage payments have surpassed rents on many homes,” Taylor Marr, Redfin deputy chief economist, said in a housing report.