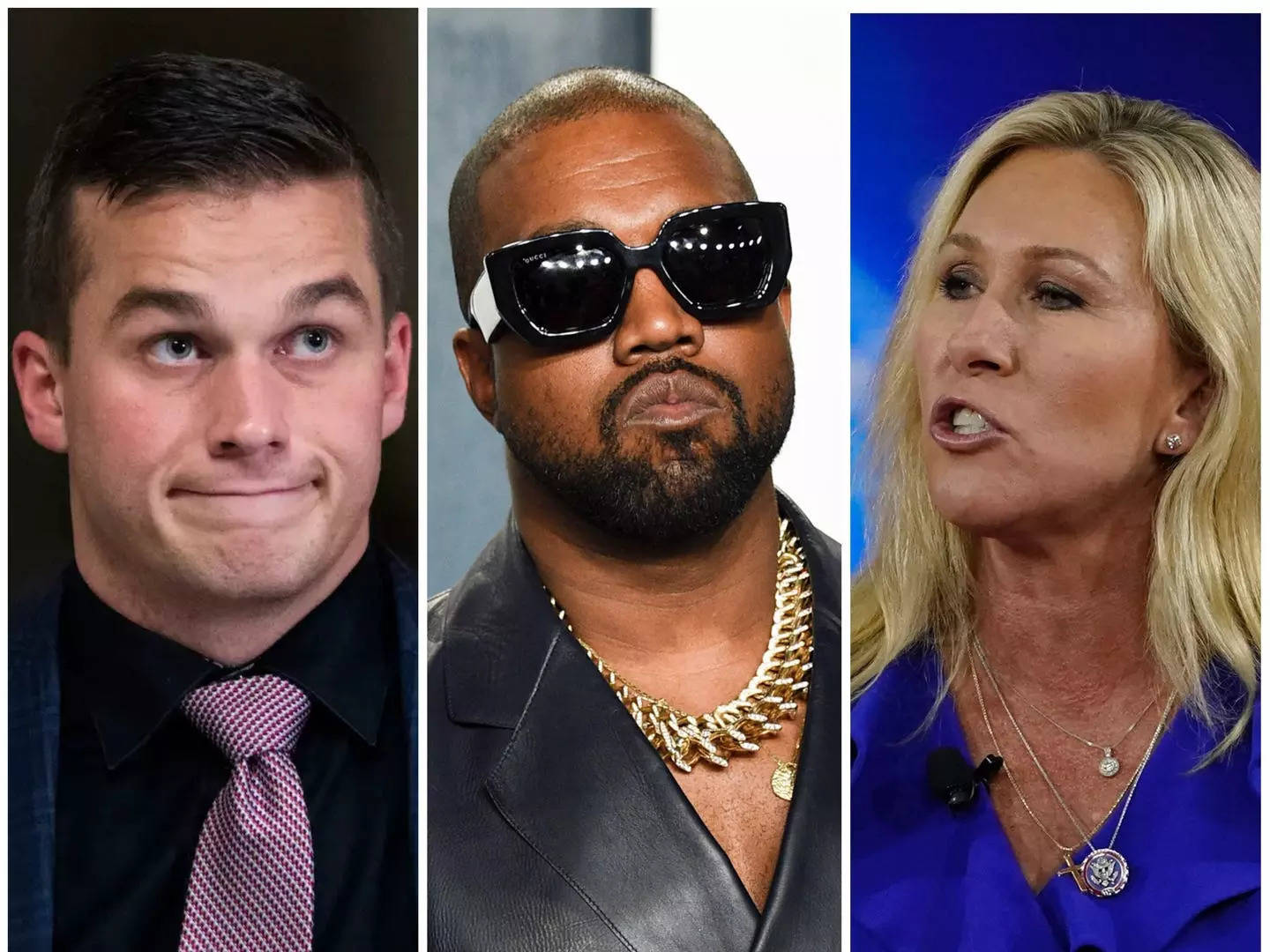 In October 2020, Kanye West — now known as Ye — filed a mandatory financial disclosure document with the federal government as part of his independent presidential campaign during which he declared that “families are the building blocks of society, of a nation.”

Federal law almost always requires presidential candidates to disclose their spouses’ assets and income, too, as a check against potential conflicts of interest between a couple’s personal finances and public aspirations.

But in a highly unusual move for any political candidate, West invoked an obscure legal dodge that provides exemptions for “unusual circumstances,” most notably marital strife — and the billionaire rapper/entrepreneur refused to reveal financial assets for wife Kim Kardashian West.

The situation illustrates how often-overlooked government documents occasionally reveal deeper truths about politicians who use positive portrayals of their personal and family lives as currency toward earning voters’ support and affection.

Republican Rep. Marjorie Taylor Greene of Georgia, for one, puts her marriage first among her qualifications for elected office.

Next to the text: pictures of Greene and her husband, Perry Greene.

The congresswoman’s financial disclosures, however, indicate that her husband increasingly did not account for MTG’s arch-conservative political positions when making his own big-dollar stock trades.

In September, Perry Greene filed for divorce, citing a marriage that is “irretrievably broken.”

On April 3, 2021, he married Cristina Bayardelle, an event he trumpeted across his various social media accounts.

“I ran for Congress because Cristina and I didn’t want to raise a family in the America many on the left seek to create,” Cawthorn wrote in a Facebook post on April 4, 2021. “I am supremely confident that with Cristina by my side, we can push our nation forwards, towards a better future for our children and their children.”

He then tweeted that his marriage was the “greatest honor, privilege, and adventure” of his life.

But their love story would end all too soon.

“Together, we realized that balance was not attainable and that we had irreconcilable differences between us,” Cawthorn wrote on December 22, 2021, in announcing the couple would divorce.

Months later, Cawthorn would reveal in his annual personal financial disclosure that he and Bayardelle, despite their splashy nuptials, had never pooled their finances or jointly owned reportable assets.

Cawthorn should have revealed some of that information much earlier. But like dozens of other members of Congress, Cawthorn ignored or otherwise blew past federal deadlines for disclosing stock, cryptocurrency, and other financial trades in violation of the Stop Trading on Congressional Knowledge Act of 2012.

Penalties for violating the STOCK Act are equally light and inconsistently applied, offering politicians little incentive — beyond doing the right thing — to comply, particularly those who wish to delay or altogether withhold curious or troublesome details about their personal finances.

In all, Insider and other media organizations have since 2021 identified 72 members of Congress who’ve violated the STOCK Act’s disclosure provisions. Dozens more have demonstrable financial conflicts of interest, such as those who serve on congressional committees that oversee the nation’s defense policies — and buy and sell stock in weapons manufacturers with massive government contracts. The executive branch is rife with financial conflicts, too, as the Wall Street Journal this week revealed.

Congress is now actively debating whether to ban lawmakers — and other top government officials — from trading stocks at all. A vote on a bill introduced by Democratic House leaders, or perhaps a yet-to-be-introduced bill in the Senate, could come after the 2022 midterm elections in November.

Cawthorn — beset by numerous problems beyond his failed marriage — lost his congressional primary and will exit Congress in January, no longer obligated to file financial disclosures.

Greene, in contrast, is well-positioned to win re-election in November. If she does, she’ll be required to continue disclosing details about her copious financial trades, and those of her estranged husband, too, unless she goes full Kanye and cites her breakup as reason to withhold information about Perry Greene’s wheeling and dealing.

What’s next for West

As for West, it’s been quite a month — a disturbing one.

Most notably, he lost access to his Twitter account after going on an anti-Semitic rant in which he declared he’s “going death con 3 On JEWISH PEOPLE … You guys have toyed with me and tried to black ball anyone whoever opposes your agenda.”

West, who is Black, also wore a “White Lives Matter” t-shirt to a fashion show earlier this month in Paris.

Yet West says he’s on track to again run for president in 2024, even though his 2020 effort translated into a slap-dash mess where he failed to qualify for most state ballots and earned fewer than 67,000 votes nationwide, according to NBC News — just a tiny fraction of the almost 81.3 million votes Joe Biden earned en route to winning the presidency.

Were West to formally enter the 2024 presidential race, federal law will require him to again disclose details about his personal finances. That could prove unattractive to a man who’s one of the wealthiest people on Earth, and who got burned the last time he did so.

If so, West could learn a lesson from fellow billionaire Michael Bloomberg.

As Bloomberg ran for president himself in 2020, he twice asked for (and received) 45-day extensions on the standard 30-day window new candidates have to disclose their personal finances.

All the while, Bloomberg pumped hundreds of millions of dollars of his own money into his Democratic primary effort that flopped fantastically.

But when Bloomberg withdrew his candidacy before his twice-extended personal financial disclosure deadline came due, Bloomberg did so without ever giving voters a digit of data about his income streams and how he managed his wealth. He faced no repercussions.

As West once rapped: “I love knowledge.”