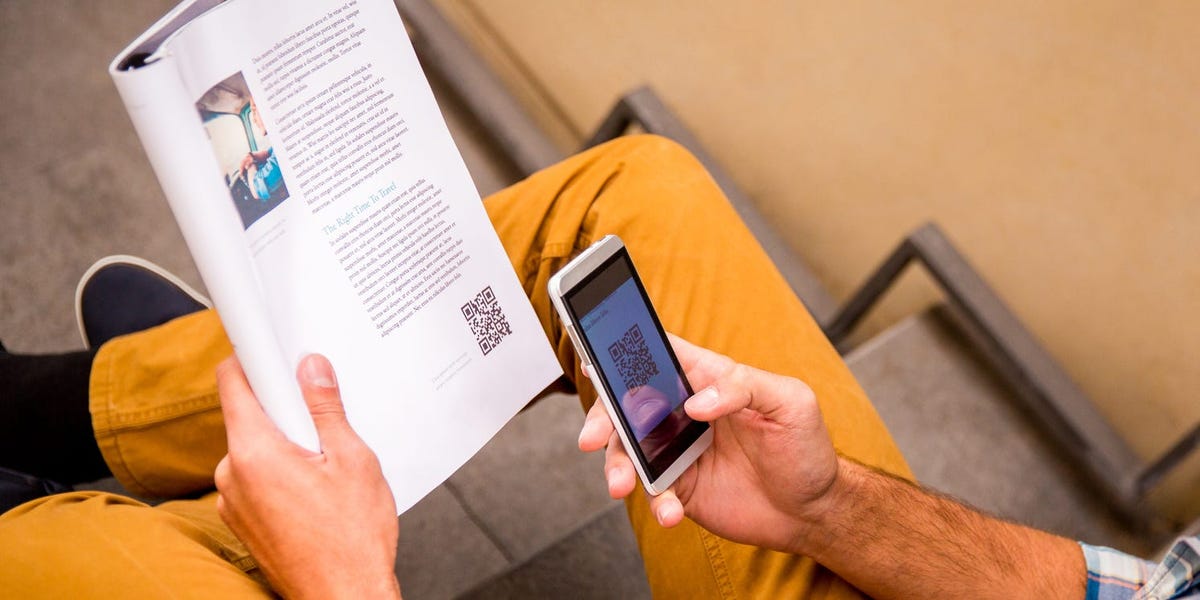 
Over the last decade, QR codes have boomed in popularity. You can find them on restaurant windows, at bus stops, in stores, and even in books. They’re a useful way to quickly direct people to specific websites.

And as QR codes become more standard, more devices are designed to scan them. That includes smartphones.

You can scan QR codes on any Android device that has a camera, whether it’s a smartphone or a tablet. And once you’ve scanned the code, you can open or share its URL (the website it points to) freely.

How to scan a QR code on your Android

1. Open the Camera app on your Android device.

2. Move the QR code into the frame. If the code is easily scannable, you’ll see the code’s URL appear at the bottom of the frame. Tap it to open that URL.

Quick tip: If your camera won’t recognize the QR code, try closing your camera and opening it again, or moving the QR code so it doesn’t take up the entire screen.

If your Android device’s camera doesn’t scan the QR code automatically, you’ll need to use Google Lens, a feature that lets you search the web with your camera, in the Google Search app, which you can download from the Play Store. Lens also gives you more options for using the QR code you’ve scanned.

Note: You can also download the Google Lens app to scan the QR code, but it’s not available on all Android devices. We’re going to discuss a more universal approach with Google Search.

Some Android phones, like the Pixel 5, have Lens built into the camera app. Just tap Modes at the bottom of the screen, then Lens, and try again.

1. Open the Google Search app on your Android device.

2. Tap the camera icon on the right side of the search bar to start Google Lens.

3. In the top section, tap the camera icon above where it says Search with your camera to give Google Lens access to your camera. If this is your first time using Lens, you’ll have to give the feature permission to access your media and camera.

4. Position your camera so the QR code is in the frame.

5. If your phone can scan QR codes automatically, the URL will appear over it. Tap the URL or the shutter button – magnifying glass – at the bottom of the screen to immediately go to the website.

6. If the URL doesn’t show up automatically, tap the shutter button for Lens to search the web.

7. The URL will appear over the QR code, and you can tap it to go to the website right away. You’ll also be given three options:

If neither of these methods work, the QR code itself might be invalid.