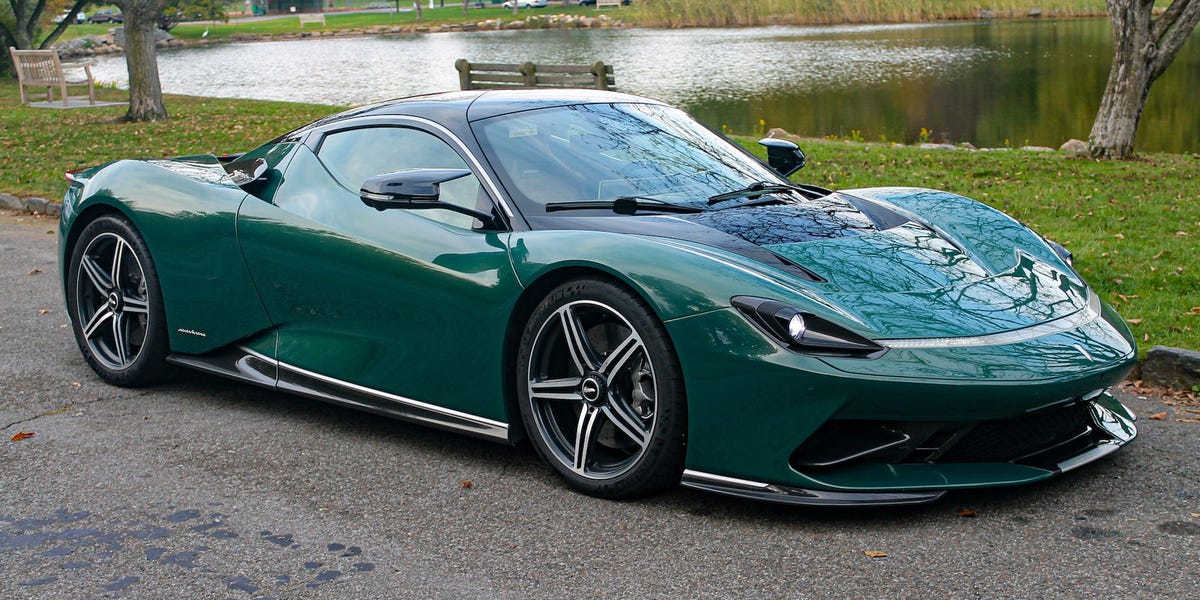 I drove a $2 million electric supercar and it felt like a fighter jet. Take a closer look at the Pininfarina Battista, which can hit 60 mph in under 2 seconds.

It’s the first model from Pininfarina, the legendary Italian firm that’s designed and built cars for other brands like Ferrari — but never came out with its own vehicle.

Automobili Pininfarina is technically separate from Pininfarina, the design house. Both under the umbrella of the Indian automotive giant Mahindra.

It’s named for the company’s founder, Battista “Pinin” Farina, who always dreamt of producing his own car but never made that a reality.

Nearly 100 years after Pininfarina began in 1930, the Battista is here. The first two cars were delivered to US customers earlier this month.

The EV marries monstrous power with otherworldly acceleration and wraps that all up in an elegant, leather-bound package.

Of course, both of those things are true of the Pininfarina too. The company says it aimed for a more “timeless” design.

Buyers can customize their Battista in practically endless combinations, the company says.

And all 150 Battistas will be unique; once a customer chooses a particular configuration of options, it’s removed from the catalog.

Walk up to the Battista and you’ll notice it emits a subtle, pulsing grumble.

That’s by way of a speaker system, not an engine, of course. And the sound grows more ferocious as you click through the Battista’s drive modes, which range from Calma to Furiosa.

There’s a performative aspect to the noise as well. Because what’s the point of ripping down Rodeo Drive in your seven-figure supercar if nobody can hear you coming?

Getting inside the Battista isn’t always the most graceful process, as it’s so low to the ground. But anybody who’s buying one is surely better-practiced than I am at that sort of thing.

The tiny display behind the steering wheel only shows basics like speed and remaining range.