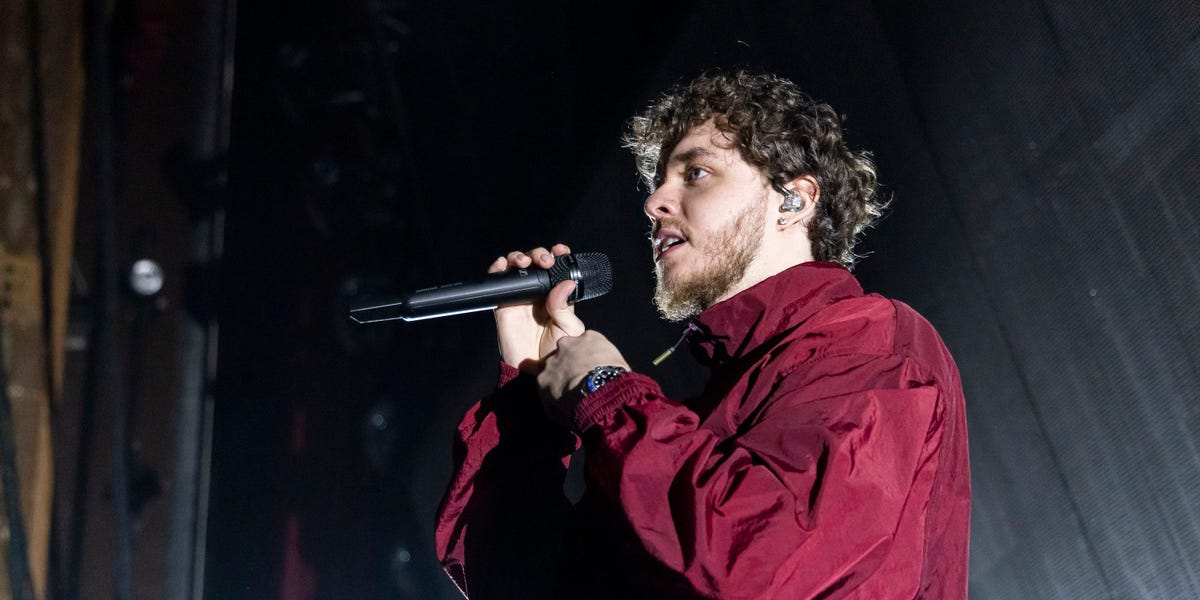 I got Web3 VIP access to see Jack Harlow in concert through an NFT club called Dancing Seahorse. But the experience felt very Web2 — and that’s exactly what the company’s CEO wants.

My early impression of Dancing Seahorse, a startup promising “global access to a variety of exclusive experiences” through non-fungible tokens, was that it felt neither Web3 nor particularly exclusive.

The company had invited me to a VIP suite at the Barclays Center in Brooklyn, New York, to see the rapper Jack Harlow perform. I’d gotten my complimentary ticket through SeatGeek, a decidedly Web2 company, and stood in line for nearly an hour waiting for the doors to open. As it turned out, I’d been told the wrong time to arrive, and Alex Nahai, Dancing Seahorse’s cofounder and CEO, had been delayed by a traffic checkpoint.

After a quick security screening, I finally arrived to the suite, which several attendants quickly set about stocking with food and drink: burgers, sushi, brownies, Brooklyn Nets-branded water, Casamigos tequila. Our seats were toward the middle and on the right of the stadium, offering a good but not spectacular view of the stage. More VIP guests came in, about 20 of us in all.

Scheduling and travel mishaps aside, the experience felt pleasant but not extravagant — a far cry from the yacht parties and all-night ragers of crypto events past. But extravagance wasn’t necessarily the goal, Nahai told me once he arrived.

“We’re trying to make people feel cared for and looked after,” he said. “When I was a kid, Vegas was known for the best service and the lowest prices. And now it’s, like, the highest prices, and it’s definitely not necessarily the best.”

Until five months ago, when he cofounded Dancing Seahorse, Nahai wasn’t really into crypto or Web3, he told me. A lawyer by training, he’d worked in music production and A&R for about 18 years, including stints at Interscope and Atlantic Records. He first got interested in NFTs as a potential way to protect intellectual property.

But then he started thinking about how the magic he felt in his early days in the music business had gone missing. More than a decade-and-a-half ago, as an intern, he’d gotten to stand on stage to watch the DJ Calvin Harris perform at Coachella. Today, he said, even top-level music execs wouldn’t have that sort of access.

That’s where Dancing Seahorse comes in. For 2 ETH each, just under $2,500, it will sell 8,888 “premium” NFTs emblazoned with a seahorse that will give their owners access to perks like the Barclays Center suite. The startup is also planning to open an exclusive club in Los Angeles, where Nahai lives. In the future, Nahai plans to offer the opportunity for guests to rub shoulders with celebrity musicians and get prime seats at top festivals hassle-free.

For free food and drinks, paying more than $2,000 seemed to me like a steep price, even in a premium suite. But over the course of a year, the perks might ultimately break even, especially when festival tickets run hundreds of dollars a pop for general admission.

“The amount of access that you get for that 2 ETH is, in my opinion, worth it,” he told me. “Like I, as a music lover, would pay that.”

Dancing Seahorse’s goal is in line with a broader industry shift to make NFTs useful in the real world. As the value of most NFTs has plummeted, even their enthusiasts acknowledge that the profile pic isn’t enough for the tokens to have staying power.

“What do you get with a Bored Ape?” Nahai said. “They’ve done one yacht party!”

The startup is also selling 444 “legendary” NFTs for $100,000 each to celebrities, investors, and other affluent figures. It’s sold about 70 of them so far — their buyers have included the rappers Polo G, Iggy Azalea, and G Herbo, Nahai said.

Of course, membership clubs have existed long before Web3. I asked Nahai what NFTs brought to the equation. One common argument is that NFTs let people recoup the costs of their memberships if they no longer want them, which Nahai echoed. If entry into a Dancing Seahorse event becomes a hot ticket, he added, the NFTs may go up in value, allowing members to make a profit if they sell them.

It was perhaps no coincidence, then, that Dancing Seahorse’s suite drew a pretty crypto-curious crowd. I met two women who worked for Web3 startups. One man, a film producer, had gone to Crypto Bahamas, the conference run by Sam Bankman-Fried, the billionaire founder and CEO of FTX.

But ultimately, Nahai told me, he isn’t targeting Web3 diehards.

“I don’t think that our business model depends on how the NFT or crypto market is doing,” he said, “because at the end of the day, either you want to be a part of our members club where you can see these music-related events, or you don’t.”