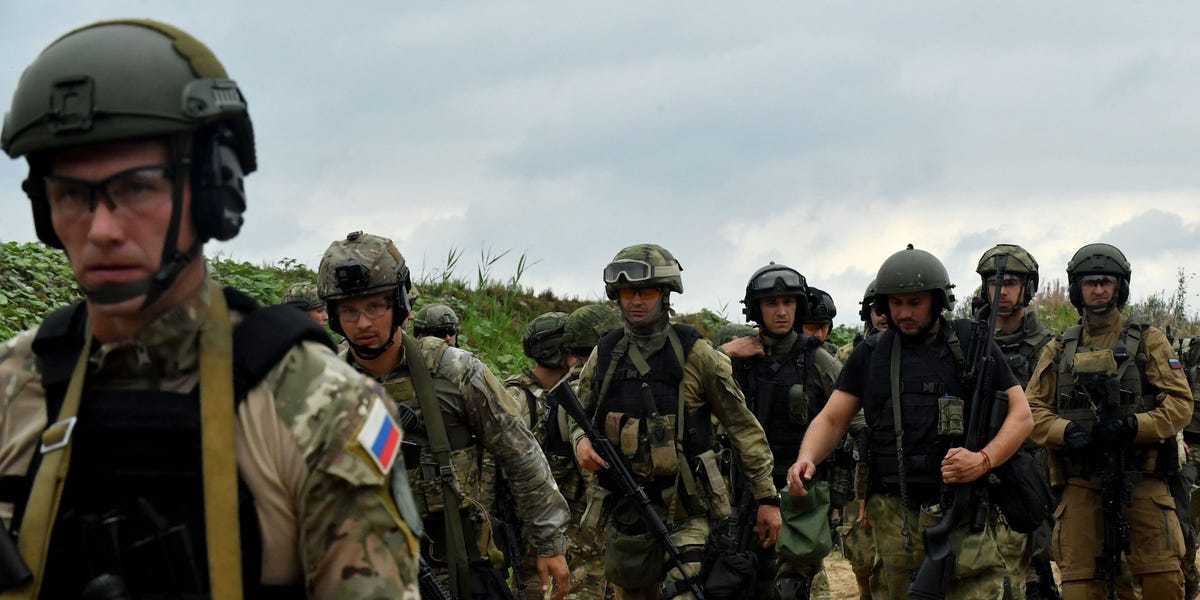 Ill-equipped Russian soldiers with only days of training are dying in combat: ‘these guys are just literally cannon fodder’

After sustaining heavy losses against the Ukrainian armed forces, Russian President Vladimir Putin announced a partial mobilization of the country’s military in September. The move immediately called up 300,000 reservists to join the fight. So far, 222,000 reservists have been mobilized.

To reach its goal of 300,000 reservists, Russian police and military officers are also showing up unannounced in cities across Russia and pulling men — some with disabilities — off the streets and out of homeless shelters to fight in the war, The Washington Post reported.

Insider’s Kelsey Vlamis and Erin Snodgrass previously reported Putin’s move to add to the ranks of the Russian military would most likely not change the course of the war, which has seen Ukraine claim multiple victories over the past few months.

Putin said at a news conference Friday that 16,000 new recruits were deployed for combat. Some of these recruits had less than 10 days of training, the Times reported.

“They are giving them at best basics and at worst nothing and throwing them into combat, which suggests that these guys are just literally cannon fodder,” William Alberque, a specialist in the Russian armed forces, told the Times.

As the Ukrainian army continues to make strides, ignoring proper training to quickly fill its ranks could backfire on Russia in the long run, experts told the Times.

“The Russians will have to make a choice — build a unit properly over time and then risk losing the war, or using that unit now because the war demands it, but the unit will be half ready,” Johan Norberg, a Russia analyst at the Swedish Defense Research Agency, told the Times.

Conscripts have also complained about the substandard living conditions they have faced since being recruited.

One user on social media claimed Russian soldiers were living in “inhumane conditions” and had to provide themselves with food, the Times reported. Others complained they had little to no experience shooting guns or fighting.

“No machine guns, nothing, no clothes, no shoes,” said one observer, according to the Times. “Half of them are hungover, old, at risk — the ambulance should be on duty.”