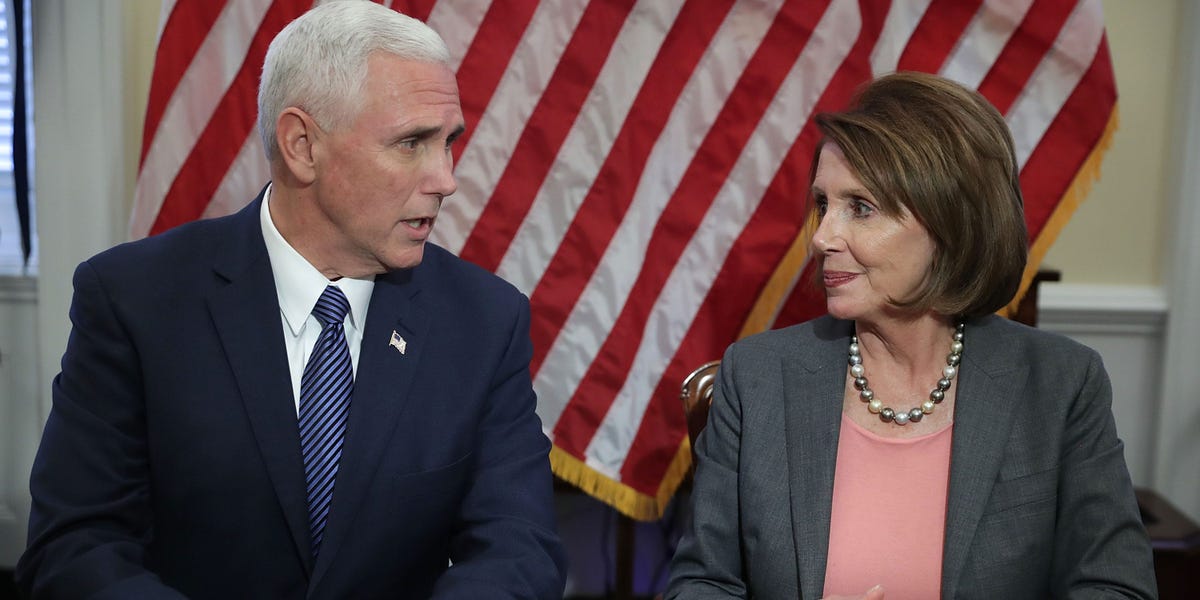 In previously unaired footage from Jan. 6, Nancy Pelosi and Mike Pence discuss their safety and a contingency plan to certify the election: ‘I worry about you being in the Capitol’

In previously unaired footage from January 6, 2021, Nancy Pelosi can be seen discussing safety and a plan to certify the election on a call with Mike Pence while the siege on the Capitol was underway.

CNN on Friday released the footage, captured by the Speaker of the House’s filmmaker daughter, Alexandra Pelosi.

The politicians, who were second and third in the line of succession to the presidency at the time, talk through a plan to certify the presidential election during the call, despite the Capitol grounds being filled with violent protesters who sought to interrupt the proceedings and install Donald Trump as president for a second term.

“Well, definitely we are still not safe enough for us to go back,” Pelosi says to Pence in the clip. “They’re even still trying to penetrate the building and it’s not a safe thing, because we’re trying to figure out how we can get this job done today.”

Pelosi mentions Fort McNair, an Army base in Washington, DC, as a potential “backup plan” location for the House and Senate to meet to complete the certification process. Senate Majority Leader Chuck Schumer can be heard telling Pelosi that security forces indicated it would take several days to clear out and clean the Capitol enough for it to be used.

Pence’s responses cannot be heard in the footage, but Pelosi can be heard saying the politicians present were “unified,” with “no partisanship, no anything,” with the then-Vice President and stressed the importance of completing the certification the same day.

“I worry about you being in the Capitol,” Pelosi says to Pence at the end of the clip.

In additional videos of previously unreleased footage, Pelosi told Pence not to let anybody know where he was hiding and told an aide she would punch Donald Trump if he arrived on the Capitol grounds.

Representatives for Pelosi and Pence did not immediately respond to Insider’s requests for comment.