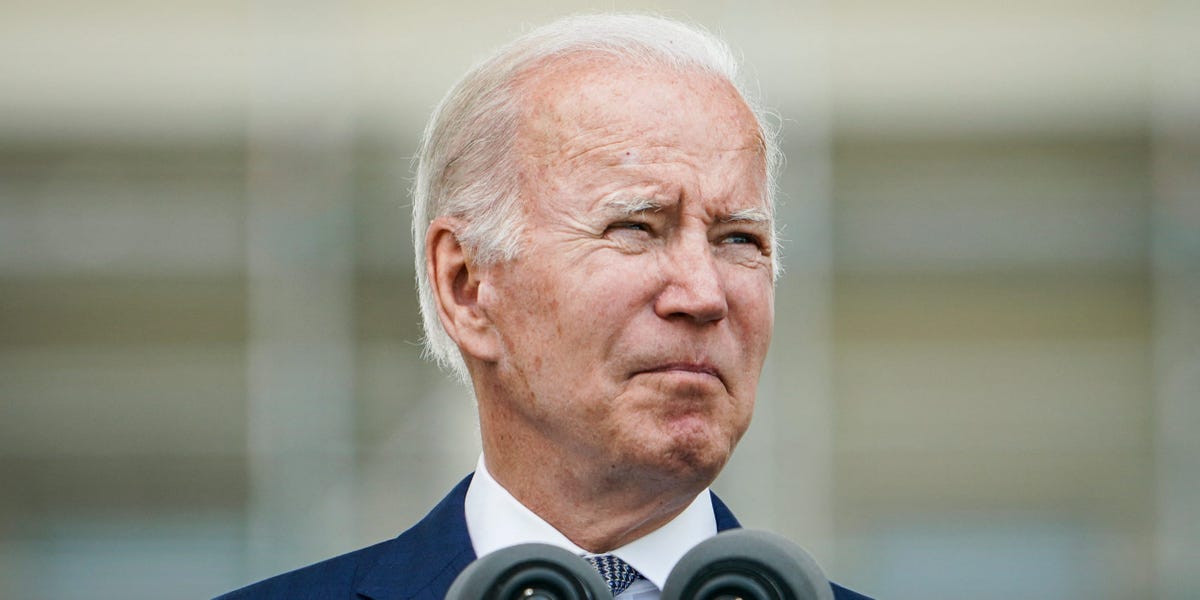 President Joe Biden’s student-loan-forgiveness plan is a big win for millions of borrowers — but the unprecedented move also comes with a lot of uncertainty.

As a January payment restart looms, the application for relief has been made available during a beta testing period but is not yet officially live for processing, and multiple lawsuits seek to challenge Biden’s move in court, leaving many borrowers and advocates wondering how it will all shake out.

The $1.7 trillion student-debt load in the US has been a crisis decades in the making, but Biden is the first president to act on it broadly by announcing up to $20,000 in loan forgiveness for borrowers making under $125,000 a year. While some borrowers will receive automatic relief, the vast majority will have to apply through a form that should go live in October.

While the Education Department expects there will be a flood of traffic to the website when the form goes live, administration officials maintain the process will be smooth.

“We have been hard at work because we know the interest, we know the excitement, we know the potential demand. So we are using all our best practices to make sure that we can handle that volume,” an official told reporters during a Tuesday press call. “At the same time, I think it’s important as we communicate to borrowers, this is going to be available through December of 2023, and that is a set period of time including by which new people can apply.”

Payments are still set to resume in January 2023 after being on pause for over two years during the pandemic. When announcing the debt relief, Biden said the extension of the payment pause through December 2022 would be “final,” while also noting that the application to apply for relief would go live in early October.

In response to a number of conservative lawsuits seeking to halt the relief in court, the administration backed off from the “early” October messaging. The White House reiterated, though, that the form will be available sometime in October and previewed what the “simple and straightforward” application will look like for borrowers earlier this week.

Borrowers are also waiting for a judge to rule on a lawsuit filed by six Republican-led states following a Wednesday hearing in which their attorneys argued the relief will hurt their states’ revenues and should be paused.

While the Education Department recommends borrowers submit their applications by mid-November so the relief can hit their accounts before payments resume, it remains to be seen how effectively student-loan companies will implement the relief.

Minnesota Rep. Ilhan Omar told Insider that while canceling student debt was a “massive victory,” it is “only as effective as its implementation.”

“We must ensure that the application process is smooth and simple, without bureaucratic red tape,” Omar said. “And the Administration must implement this relief as swiftly and efficiently as possible, so that everyone eligible can access this critical relief. We must also ensure there is clear communication with borrowers ahead of repayment so folks don’t have to deal with the anxiety of not knowing if and how much repayment will be.”

“Another concern is with the loan servicers – we must ensure that they aren’t engaging in deceptive or illegal behavior, and holding them fully accountable if they do,” she added. “Our goal must be to get people all the relief they are eligible for.”

Louise Seamster, a nonresident fellow researching debt at the Brookings Institution and a sociologist at the University of Iowa, told Insider that she’s “hopeful the process will go smoothly,” but she also wants the department to consider past issues with loan servicers as reasons to further extend the payment pause.

“I really would want the Department of Education to be aware of any potential challenges given the history of servicers in administering student debt generally, and especially special programs or initiatives” like Public Service Loan Forgiveness, or PSLF, Seamster said.

She added that “given the trajectory of loan servicers up to this point, I think it’s reasonable to be concerned about how well cancellation will be administered, and I would want any roadblocks along the way to be managed by them rather than to additionally burden borrowers.”

Loan companies have had past issues with implementing relief

Leading up to and following Biden’s announcement of relief, lawmakers raised concerns with how effectively the forgiveness would be implemented. Rep. Ilhan Omar, a Democrat from Minnesota, has frequently expressed the need for quick implementation. Virginia Foxx, the top Republican on the House Education Committee, wrote in a letter that the relief should be “a comprehensive, smooth operation that follows careful planning and thoughtful consideration about all aspects of an initiative, from communications to implementation.”

But these concerns are not new. PSLF — which was intended to forgive student debt for public servants after ten years of qualifying payments — had a 98% denial rate to the program when Biden took office because of a backlog of applications and mismanagement in processing the forms, warranting reforms to the program that are expiring on October 31. And income-driven repayment plans, which are intended to give borrowers affordable monthly payments with the promise of loan forgiveness after at least 20 years, had the same issue — recent reports found loan companies had failed to track payments borrowers had made.

Foxx told Insider she isn’t seeing any improvements and the “Biden administration is pushing an already strained system to the point of collapse.”

“Democrats are exacerbating the federal student loan program’s problems by failing to restart repayments, issue adequate guidance to servicers, and provide clarity to over 40 million borrowers,” she said. “Unfortunately, I don’t expect much to change. Borrowers and taxpayers should expect more of the same from the Biden administration: chaos and confusion.”

But Seamster said that the history of carrying out targeted relief should raise concerns regarding loan companies’ abilities to process new PSLF forms, implement Biden’s broad relief, and resume payments in just a few months without an extension of the pause.

“Loan servicers have just not shown that they have the capability to manage all the things happening at once effectively, and we know when they can’t manage, the borrowers pay the price,” Seamster said.

The Education Department has not indicated if it will further extend the payment pause, and all borrowers can do right now is take Biden’s word that the process will be smooth — and wait to see if loan companies will live up to expectations.