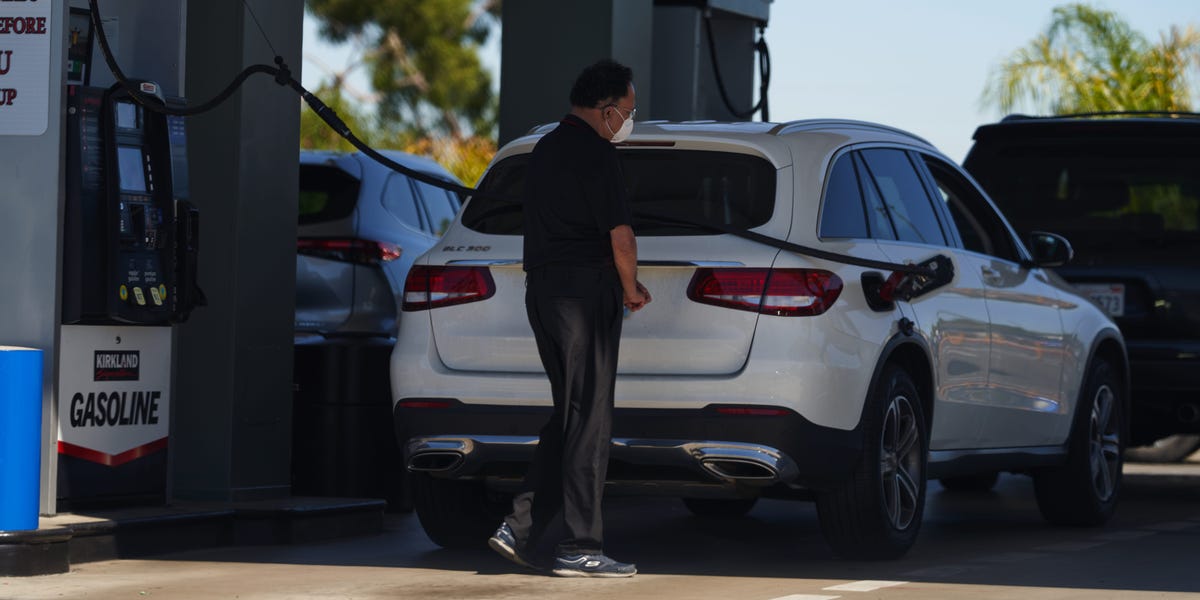 It’s too early to price in a Fed pivot with US gas prices still on the rise, Goldman Sachs says

Investors shouldn’t bank on the Federal Reserve pivoting away from its aggressive interest rate hikes any time soon, according to Goldman Sachs.

Against a backdrop of gains in US gas prices — an inflationary pressure — the investment bank’s strategists pointed to a need to see indications that the US economy is faltering first.

“With gasoline prices on the rise and until a broader set of macro data suggest more material weakness in the economy, we would generally lean against markets’ dovish repricing of the Fed,” they said in a note to clients Monday.

Higher US gas prices at the pump put upward pressure on inflation, which is running at 40-year highs at 8.3%. That in turn could prompt the Fed to stick to its outsized interest rate hikes, as it has committed to bringing inflation down to its 2% target.

Last week’s decision by OPEC+ to cut production quotas is likely to drive US gas prices higher as the cost of oil inputs climb. The oil market is already tight as a result of Russian sanctions and Moscow’s response in the Ukraine war.

“Our commodities strategists think the quota reduction agreed at the OPEC+ will be very bullish for oil prices,” the Goldman Sachs analyst led by Cecilia Mariotti said.

The average US price for a gallon of gas rose Tuesday to $3.92, according to AAA data, continuing a steady rise over recent weeks, Drivers on the West Coast, particularly in California, are paying as high as $6 a gallon.

The Fed has embarked on a series of jumbo-sized interest rate increases this year, lifting the benchmark rate by 75 basis points at three consecutive meetings. But investors have been on the alert for reasons to believe the end to the tightening cycle might come sooner than previously thought.

Goldman’s analysts said the US consumer price index report on inflation in September, due Thursday, will be closely watched. Investors will likely take any sign of cooling in the rate of price rises, currently around 40-year highs, as a potential prompt for the Fed to change course.

But the bank’s team noted that the moves on the US benchmark S&P 500 stock market have been very negatively correlated to moves in US 2-year Treasury rates. That is also underpinning their view that the Fed isn’t ready to change course yet.

“In our view, this is especially the case as so far investors’ hopes for a Fed pivot have not come alongside a material reset in front-end rates volatility, which remains elevated both in absolute terms and relative to equity,” they said.