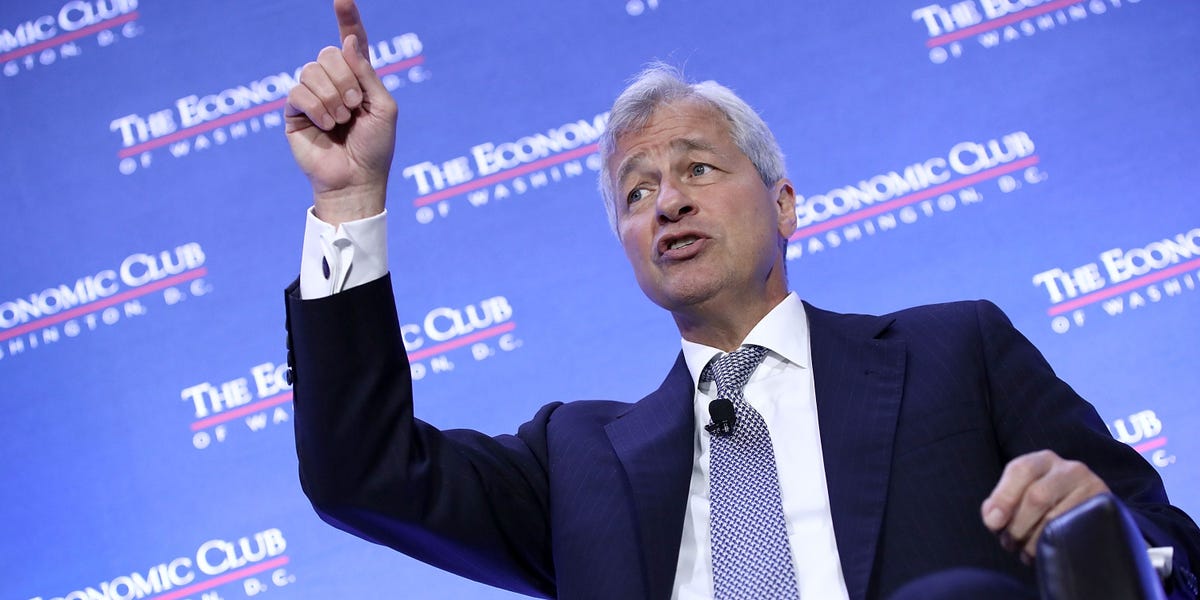 Jamie Dimon’s ‘gut’ tells him the Fed will have to hike rates over the expected range of 4% to 4.5% to cool inflation

Jamie Dimon, the CEO of JPMorgan, said the US Federal Reserve will probably have to hike its benchmark interest rate higher than a widely expected range, Bloomberg reported on Thursday.

Speaking at an industry conference in Washington, Dimon said his “gut” told him that the Fed’s benchmark rate will have to go beyond the 4% to 4.5% many economists are forecasting, to keep inflation in check.

After starting the year near zero, the central bank’s benchmark rate now sits in the 3% to 3.25% range, following five rate hikes. The rate hikes have seen larger increases at a faster pace over the months.

The Fed is racing to quell inflation, which reached a 40-year high of 8.2% in the year through September, according to the Bureau of Labor Statistics.

Higher interest rates make borrowing for anything from mortgages to credit cards more expensive. And it encourages people to save rather than spend, which in theory, helps bring down prices.

But it takes a while for the effects to be felt and the risk is that the central bank raises rates to the point where the economy slows down and even tilts into recession, as demand contracts.

Dimon also doesn’t foresee a rosy outlook on the US economy. On Monday, he told CNBC, the US economy is likely to face a recession in the next six to nine months. He reiterated this view again on Thursday.

“I don’t know if it could be a soft landing — I don’t think so, but it might,” said Dimon, per Bloomberg. “In a tough recession, you could expect the market to go down another 20% to 30%.”