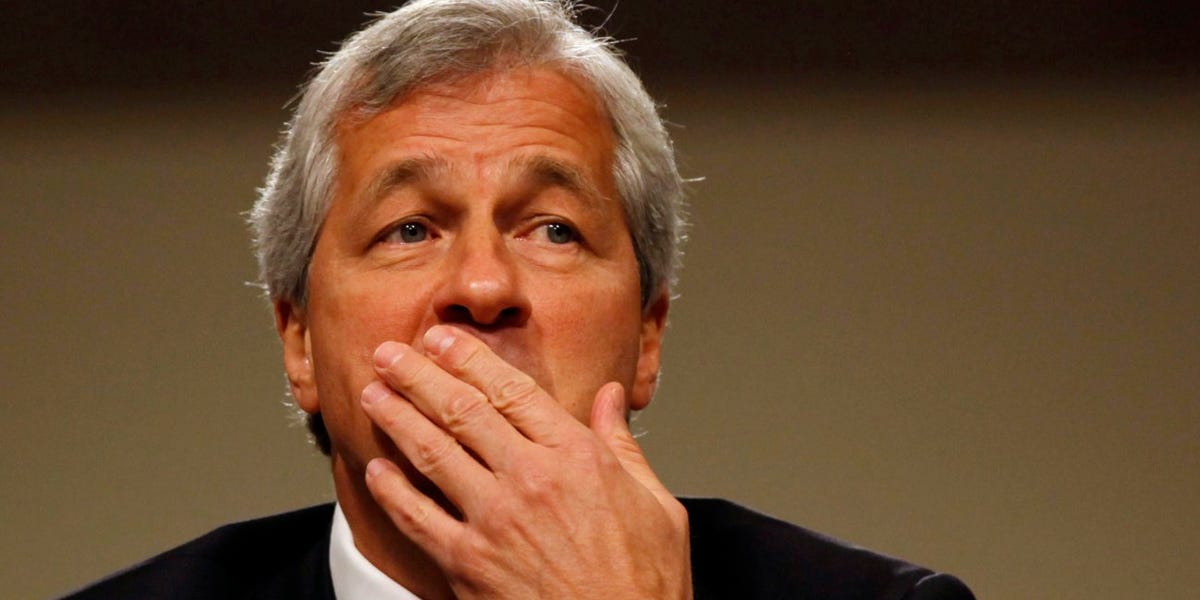 Jamie Dimon’s prediction that stocks could plunge by 20% is too aggressive, but investors should still expect more downside until interest rates peak, according to Goldman Sachs’ chief global stock strategist.

On Monday, the JPMorgan CEO predicted a recession is likely to hit the US in the next six to nine months, which could send stocks falling an “easy 20%.”

That grim outlook has been echoed by other voices on Wall Street – but a decline that steep is unlikely to happen, according to Goldman’s Peter Oppenheimer, as financial conditions remain strong.

“No, I don’t think the scale of the likely declines from here would be so significant,” he said of Dimon’s prediction in a Friday interview on CNBC.

“In the periods in the past where you’ve seen really dramatic falls – 50% or 60%, as we did in the financial crisis – these have really been associated with systemic crises as interest rates have risen and asset markets have deflated. And they’ve reflected very weak private-sector balances, particularly in the banks. We don’t have that now. We’ve got strong private-sector balances.”

Still, financial market vulnerability has become a growing concern. Top economist Mohamed El-Erian pointed to signs of dysfunction in US bonds, which have been rocked by the Fed’s balance-sheet reduction. That could easily spread to other financial markets given the wide impact of US Treasurys, he said, warning investors of “unsettling volatility.”

Treasury Secretary Janet Yellen has also expressed worry over the loss of liquidity in the US bond market. But she believes the US economy is “doing very well,” as household balances are strong and corporate debt remains at manageable levels.

Meanwhile, Goldman’s Oppenheimer thinks the bear market is largely over. Typically, global stocks fall around 30% during a bear market cycle, and so far most indexes have already slid 25% this year as central banks hike rates to tackle inflation.

The S&P 500 has fallen by that amount since the beginning of this year, suggesting most of the sell-off for US stocks has already passed.

However, markets haven’t bottomed yet, he said, calling Thursday’s whipsaw in stock prices a bear market rally rather than a meaningful uptrend. Inflation is still well above the Fed’s 2% target, and the hotter-than-expected Consumer Price Index solidified expectations for at least one more 75-point rate hike next month and possibly another of that size in December.

“Looking back in the past, it’s not until inflation and rates peaked that equities have tended to trough in a bear market,” Oppenheimer said, warning investors to brace themselves for further downside.