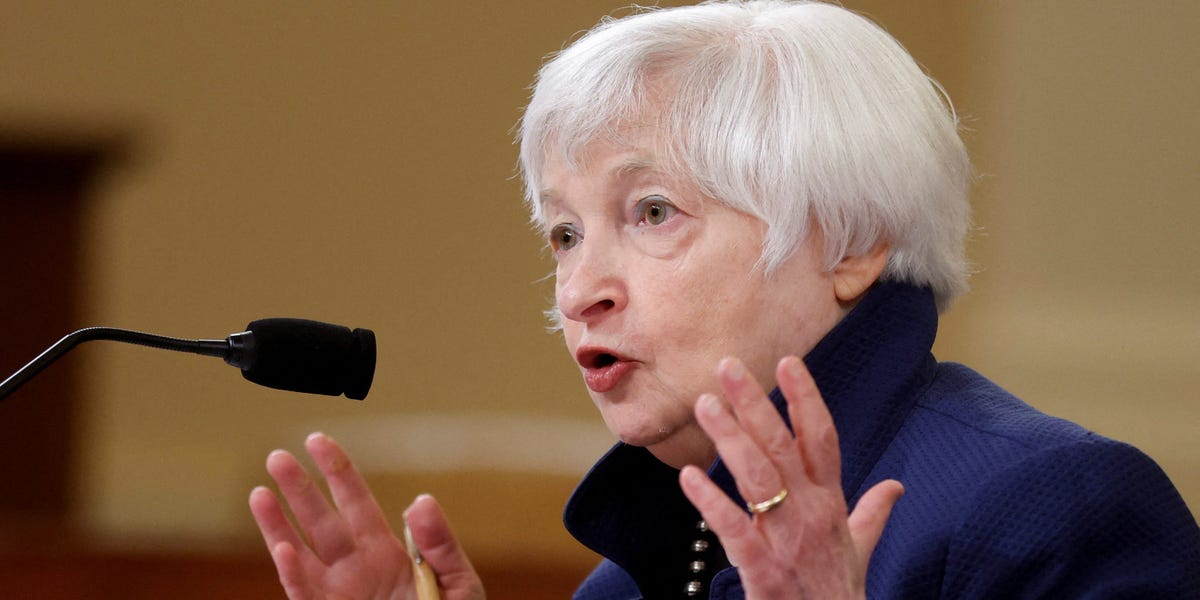 US Treasury Secretary Janet Yellen has brushed off worries that the soaring US dollar is unbalancing markets, as countries rush to defend their currencies or face the risk of a debt crisis.

Speaking in an interview with the Financial Times, Yellen at the same time criticized the OPEC+ decision to cut oil output quotas, saying they are bad for the global economy.

Concerns are building that the rapid appreciation in the dollar — up more than 16% this year against its major counterparts — is having a destabilizing effect on other currencies.

But Yellen downplayed the worries about market volatility and disruption, the FT reported.

“We’re monitoring currency movements and their impacts very closely,” she said. “And we continue to think that markets are functioning pretty well and are generally appropriate given the underlying differences across countries and policies and economic situations.”

It was the British pound sinking to an all-time low against the dollar in late September that sparked talk about the dollar’s dominance, after the sharp moves spread to stocks and bond markets.

The effects of a towering dollar are being felt elsewhere. The Bank of Japan recently intervened to defend the yen for the first time in 24 years, while Korea and China have also stepped in. The euro has fallen below parity with the greenback in recent months.

Yellen said the dollar’s strength is a reflection of the health of the US economy, relative to others worldwide.

“We have seen a significant appreciation in the dollar, but I think it’s mainly driven by differences in macro fundamentals, across countries,” she said.

“In the case of the US, it’s safe haven flows responding to geopolitical tensions and of course, different paces of monetary tightening,” she added

The Federal Reserve has brought in a series of aggressive interest rate hikes this year to try to curb inflation running near 40-year highs. That has led to a “reverse currency war” breaking out among global central banks.

They’re worried that if they don’t keep up with the speed of the Fed’s tightening, their currencies will further depreciate against the dollar. That will ultimately ramp up import costs and make the battle against inflation even tougher.

“From the US perspective, a stronger dollar is ‘our currency, but your problem’ for a lot of the other parts of the world,” Kamakshya Trivedi, Goldman Sachs’ head of global foreign-exchange research, said on a podcast last week.

“In some of the more vulnerable pockets of emerging markets, where there is a substantial amount of dollar-denominated debt, there is already a debt crisis,” he added, pointing to Sri Lanka, Pakistan, and Ghana as examples.

“We’re very worried about developing countries and the problems they face,” she said.

She backed the US-led plan to place a cap on the price of Russian oil exports as a helpful measure to help lower prices for those nations. As crude oil is traded in dollars, appreciation in the US currency makes the resource more expensive for many of them.

“Holding down prices is something that’s particularly helpful to developing countries that are suffering from high energy prices,” Yellen said.