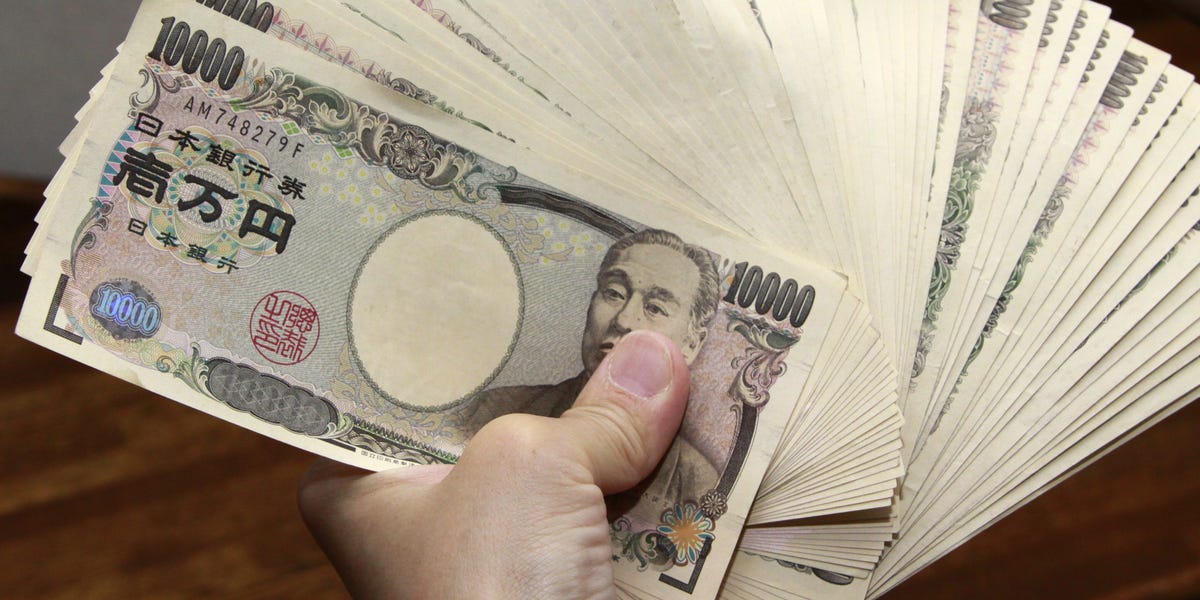 Japan’s foreign currency reserves fell to a five-year low in September, which saw a massive government intervention to aid the rapidly declining yen.

Reserves fell by a record $54 billion last month, bringing the total level down to $1.24 trillion, the lowest level since 2017. The decline was due to the falling value of foreign bonds amid the dollar’s rise and the Japanese government spending $20 billion to curtail the yen’s decline.

While the yen initially rallied immediately after the intervention, it has slipped to around ¥145 against the dollar again — back to where it was before Japan’s big currency move.

The US dollar has been on a bull run this year, spurred in large part by interest rate hikes from the US Federal Reserve. Investors have also sought shelter in safe assets like greenbacks as a result of a steep market downturn that has seen the S&P 500 lose 24% from the start of 2022.

Meanwhile in China, foreign currency reserves fell to $3.029 trillion in September from $3.055 trillion in August. Chinese officials attributed the decline to falling asset prices caused by a rising dollar.

Beijing has refrained from intervening in currency markets the way the Japanese government has, but the People’s Bank of China has used other methods to try to prop up the yuan, including fixing stronger reference rates and passing rules to discourage currency speculation.