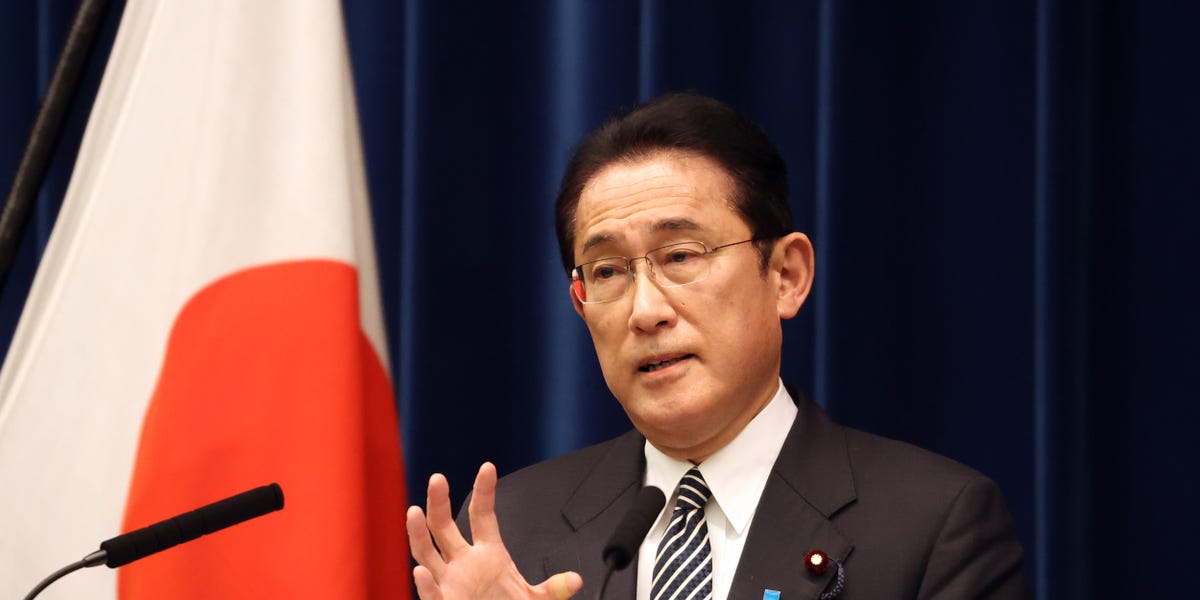 Japanese Prime Minister Fumio Kishida in an interview with the Financial Times published Tuesday said he supports the Bank of Japan’s loose monetary policy stance despite the yen sliding to a two-decade low against the US dollar.

He said the BOJ needs to maintain its policy until wages increase and urged companies that have raised prices to raise pay for workers pay as well.

“By passing on rising prices, we hope businesses will have some latitude to raise wages,” Kishida told the publication. “In the past, wage hikes were viewed as a cost factor, but going forward, companies need to invest in people for the economy and for businesses themselves to grow.”

He said the government will prepare measures to help companies increase wages even as they pass on increasing input costs.

While most central banks are raising interest rates to combat high inflation, the Bank of Japan has kept interest rates in negative territory and has maintained a cap on its 10-year bond yield via bond purchases to fight deflation.

Economists now say that after years of on-and-off deflation, Japan could be at a historic inflection point as the global energy crisis prompts businesses to raise product prices, creating pressures that will lead workers to demand pay raises, according to the FT.

Kishida also dismissed speculation he would push for the central bank to halt negative interest rates or cut short BOJ Governor Haruhiko Kuroda’s tenure, saying he will continue to work closely with Kuroda.

“At the moment, I am not thinking of shortening his term,” Kishida said. Kuroda’s 10-year tenure will end in April 2023.

Kishida’s comments come as the yen dropped to a 24-year year low against the dollar earlier this year in part because the Federal Reserve’s aggressive pace of rate hikes has sent US Treasury yields soaring, widening the differential between US and Japanese government bond yields.

The dollar on Tuesday traded at 145.65 yen. Japan recently intervened in the foreign exchange market to aid the slumping yen but its value is back at the 145 handle, where it was before the intervention. Japan’s foreign currency reserves hit a five-year low of $1.24 trillion, due in part to the intervention.

“Japan’s 10-year bonds have gotten expensive because yields on other notes have risen. No one is interested in trading such bonds,” Kazuhiko Sano, chief strategist at Tokai Tokyo Securities, told Yahoo Finance.