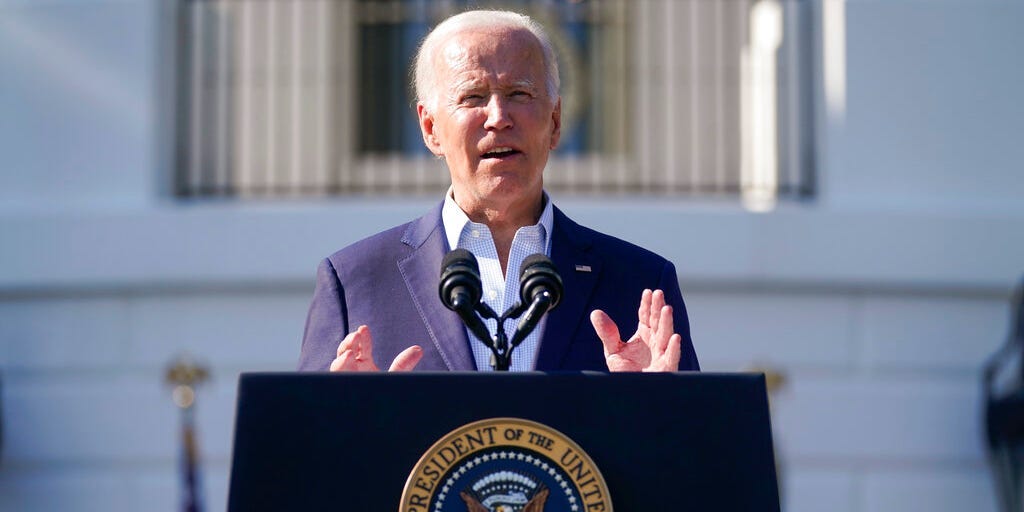 Joe Biden hit out at the UK government’s economic policy that would have given tax cuts to the rich after Liz Truss made an embarrassing U-turn this week.

The US president told reporters the prime minister’s climbdown on a multi-billion dollar tax cut plan was “predictable,” in a rare comment on British politics.

“It was predictable; I wasn’t the only one who thought it was a mistake,” Biden said.

“The idea of cutting taxes for the super-wealthy, I disagree with that policy. But it’s up to Britain to make that judgement, not me.”

Truss, who leads the UK’s centre-right Conservative Party, proposed sweeping tax cuts to the tune of £45 billion (around $50 billion) that would have been largely funded by borrowing.

The moves would have benefited the UK’s wealthiest people by cutting the top rate of income tax, in a prime example of “trickle-down economics” that Biden has criticised in the past.

While the government suggested the cuts would stimulate the economy, they sent financial markets into turmoil. The pound fell to record lows against the dollar, while the Bank of England was forced into an emergency bond-buying program to stop some pension funds from collapsing.

Truss was forced into a U-turn last week and fired Kwasi Kwarteng, who had been the chancellor, or finance minister, for just over a month. His replacement, Jeremy Hunt, said the government had moved “too far, too fast” in trying to cut taxes for the rich amid soaring inflation and rising energy costs.

Truss only replaced Boris Johnson as prime minister last month, but speculation is swirling that she will be forced out by Conservative Party MPs dissatisfied with her performance.

Biden’s comments mark a rare intervention in the domestic economic policy of other countries, and his criticism of a Western ally is particularly stark. On Friday, Press Secretary Karine Jean-Pierre said the White House wouldn’t comment on the situation in the UK.