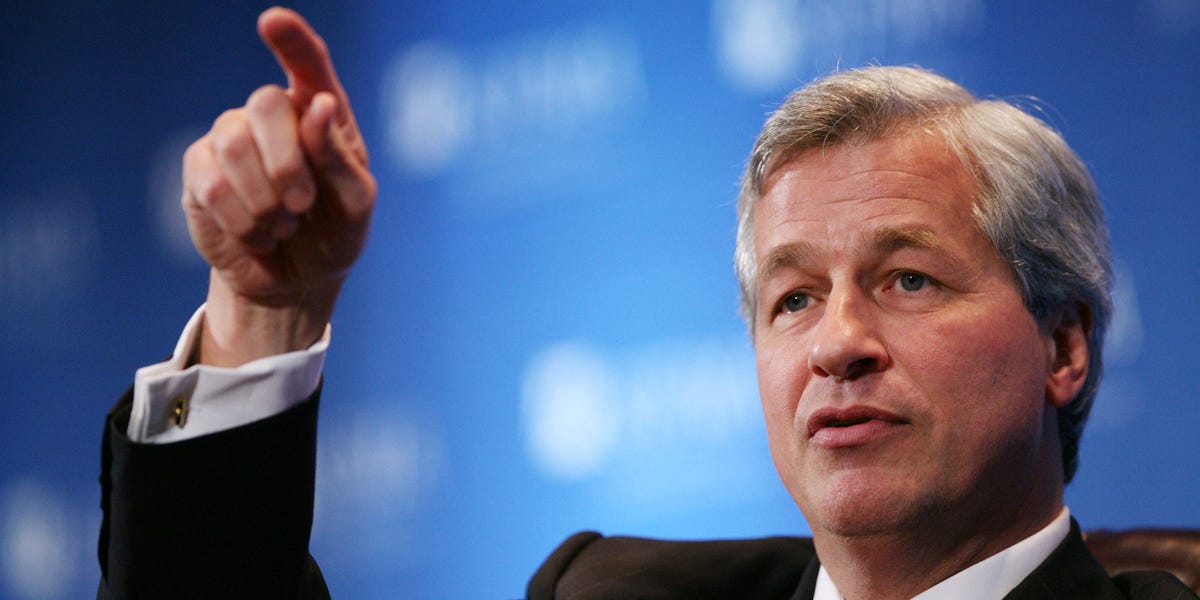 JPMorgan Chase reported third-quarter earnings on Friday that beat Wall Street’s expectations, pushing its stock up as much as 2% in premarket trading.

Here are the key numbers:

The US banking giant posted a 10% year-on-year increase in net revenue to about $33 billion, as sales rose in three of its four main divisions. However, its net income slumped 17% to below $10 billion, as profits fell in three segments.

The income decline largely reflected the bank adding a net $808 million to its credit reserves, after releasing $2.1 billion in the same period last year. Net charge-offs, or presumed bad debts, rose by $203 million to $727 million.

CEO Jamie Dimon championed the US economy in a statement. Yet he also underscored the challenges of rising prices and interest rates, tightening monetary policies, and the impact of Russia’s invasion of Ukraine on geopolitical risks and the global energy market.

“In the US, consumers continue to spend with solid balance sheets, job openings are plentiful and businesses remain healthy,” he said.

“However, there are significant headwinds immediately in front of us — stubbornly high inflation leading to higher global interest rates, the uncertain impacts of quantitative tightening, the war in Ukraine, which is increasing all geopolitical risks, and the fragile state of oil supply and prices,” he added.

Here’s a breakdown of how JPMorgan’s four key divisions performed:

JPMorgan’s consumer-banking division grew its net revenue by 14% to over $14 billion in the period, as higher deposit margins and growth in deposits offset weakness in home lending. Net income was flat at $4.3 billion, as the segment added a net $529 million to its credit reserves.

Finally, the bank’s wealth management division grew net revenue by 6% to $4.5 billion, reflecting deposits and loans on higher margins and balances. Its net income also rose 2% to $1.2 billion, as it released a net $102 million from its credit reserves. Assets under management shrunk 13% to $2.6 trillion, reflecting lower market levels and outflows from liquidity products, partly offset by net inflows into long-term products.

Read more: Goldman Sachs: Make these 25 trades now to profit in what might be a rocky Q3 earnings season