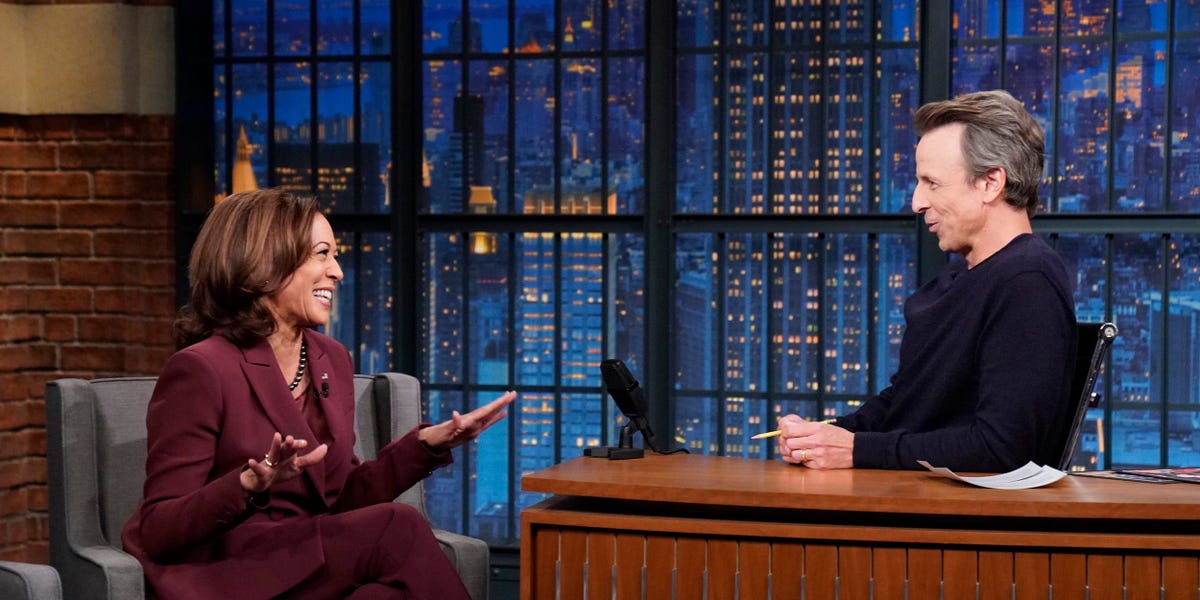 Kamala Harris talked marijuana decriminalization with Seth Meyers in her first late-night TV interview since becoming VP: ‘nobody should have to go to jail for smoking weed’

Appearing on “Late Night with Seth Meyers” on Monday, Harris was asked by host Seth Meyers what will happen next in terms of marijuana policy after President Joe Biden announced last week he would pardon thousands of people who have been convicted for possessing marijuana.

Harris told Meyers the White House would continue to urge governors to take action, but also said that Congress should act to create a “uniform approach” on the drug.

“Ultimately, though, as with so many issues, if Congress acts, then there is a uniform approach to this and so many other issues, but Congress needs to act.,” Harris said. “We are 29 days away from the midterms. Ask who you’re voting for, where they stand on this, and I encourage you to vote accordingly.”

Biden, who has been scrutinized for his previous stance on marijuana, did not decriminalize the drug but said it made no sense to imprison people for a drug that’s been legalized in many states. The pardons will remove barriers to housing and employment for many with federal criminal records.

Harris also previously received scrutiny for overseeing 1,900 convictions for marijuana-related offenses as the district attorney of San Francisco, as well as her staunch anti-legalization views. However, Harris has since changed her tune, telling Meyers that “nobody should have to go to jail for smoking weed.”