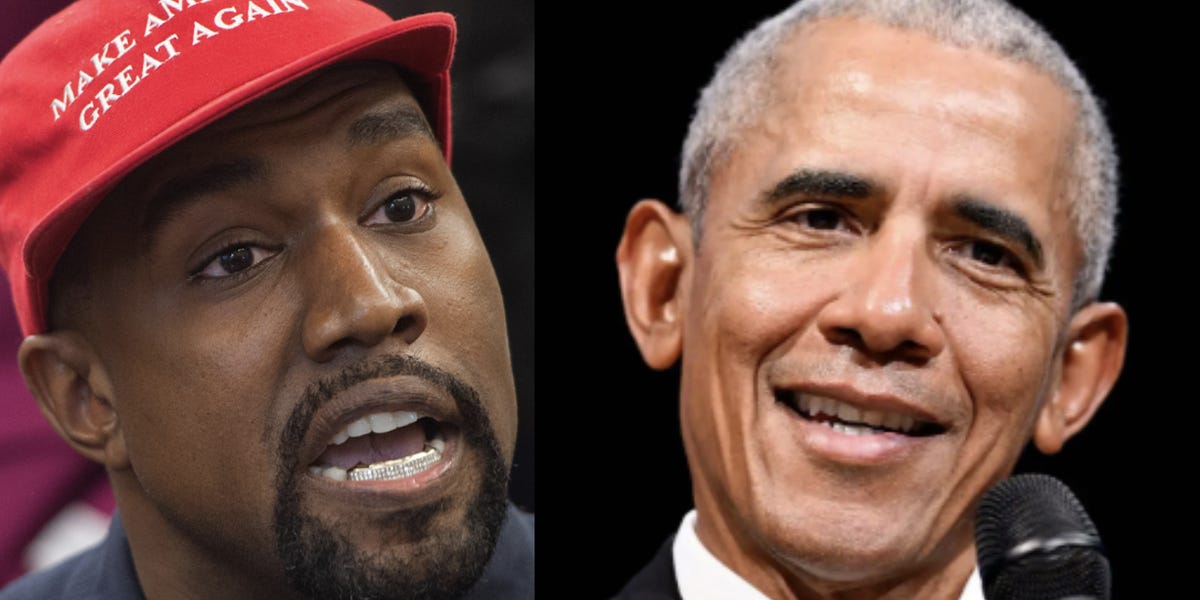 Kanye West: My connection with Obama ‘faded’ after ‘I wasn’t saying the things I was supposed to say as a rapper’

The rapper Ye during an interview that aired on Friday said his connection with former President Barack Obama “faded” after he veered from what he “was supposed to say as a rapper.”

During a talk with Fox News anchor Tucker Carlson, Ye, formerly known as Kanye West, detailed his long history with Obama — who served as a United States Senator representing Illinois before his election as president in 2008.

“I was Obama’s favorite artist,” the rapper said. “Obama met with me and my mama to say that he was running for office back in 2008 and he wanted the support.”

He continued: “And everybody was so ‘in’ to this idea of the Black president. We were always cool. It’s also like … How many of us are there? Obama level? Ye level? Virgil [Abloh] level? Just Black, so brilliant, that we cut through all the lines of racism.”

Ye said that as Black men who were known around the globe and at the top of the political world and music worlds, respectively, they were at a preeminent level.

“In some place, we’d have to be friends and get along, because it’s like — you’re at that level,” he said. “You’re like a Formula One Lewis Hamilton race car driver. We’re still driving a white car, but we were the best race car drivers that ever existed.”

“That was me and Obama’s connection, but as soon as I wasn’t saying what I was supposed to say as a rapper, our connection faded,” he added.

Ye remarked that he hasn’t spoken to Obama recently, but didn’t hesitate to say what he’d do if the men interacted in the future.

“I’ll talk to him if I see him,” he said of the former two-term president. “But I guarantee you he see me.”

The rapper on Saturday tore into Facebook founder Mark Zuckerberg, alleging that his Instagram account was disabled, and was criticized by several Jewish groups over comments he made about former White House senior advisor Jared Kushner that were perceived by some as being “anti-Jewish.”