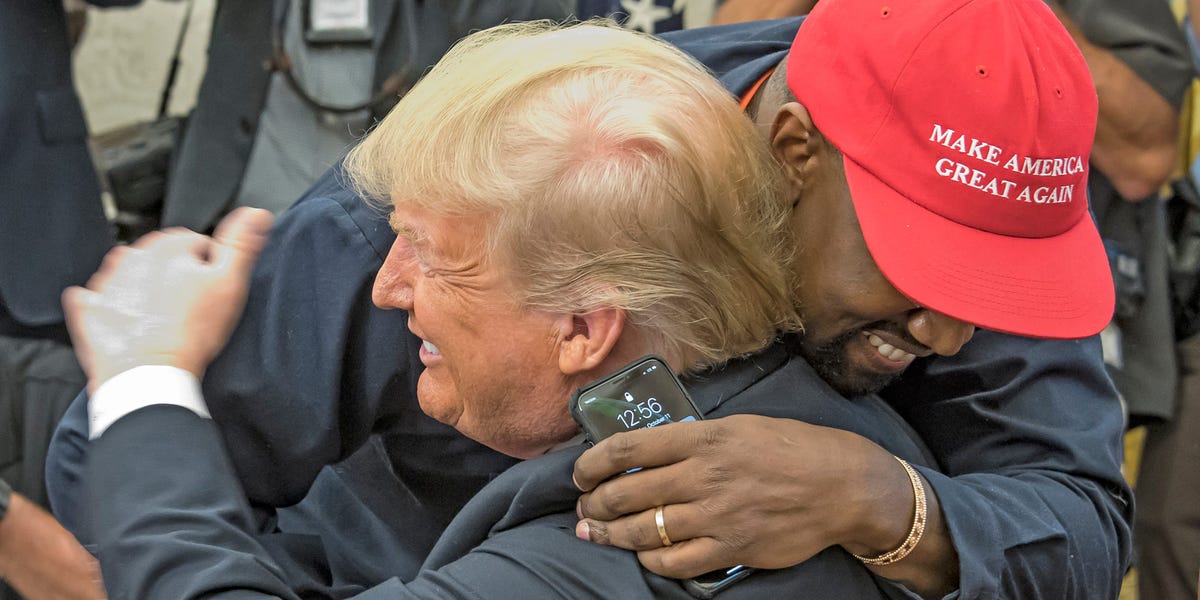 Kanye West slams lawmakers, including his ‘friend’ Trump: ‘For politicians, all Black people are worth is an approval rating’


Rapper Kanye West has called out politicians, including his “friend” Donald Trump, for using Black people as a tool to improve their approval ratings.

During an interview with Fox News host Tucker Carlson on Thursday, West recalled a phone call with then-President Trump after the rapper’s infamous visit to the White House in October 2018.

West, who had worn a MAGA hat during the visit and said he supported Trump because they both have “dragon energy,” told Carlson that he later called Trump to discuss getting fellow rapper ASAP Rocky “out of jail.” He was likely referring to a call he had with Trump in July 2019, during which Trump offered to assist in helping ASAP Rocky, who was being held in Sweden on assault charges at the time, get out of jail, per Rolling Stone.

“And one of the things he said to me is, ‘Kanye, you’re my friend. When you came to the White House, my Black approval rating went up 40%,'” West said of the phone call.

A spokesperson from Trump’s post-presidential office did not immediately respond to Insider’s request for comment.

West has been in the news lately for wearing a shirt emblazoned with the white supremacist slogan “White Lives Matter” during a Yeezy fashion show in Paris. West told Carlson on Thursday that he had worn the shirt because he thought it was funny.

“The answer to why I wore ‘White Lives Matter’ on a shirt is because they do,” West told Carlson.

“I do certain things from a feeling. I just channel the energy, it just feels right,” he added. “It’s using a gut instinct, a connection with God, and just brilliance.”