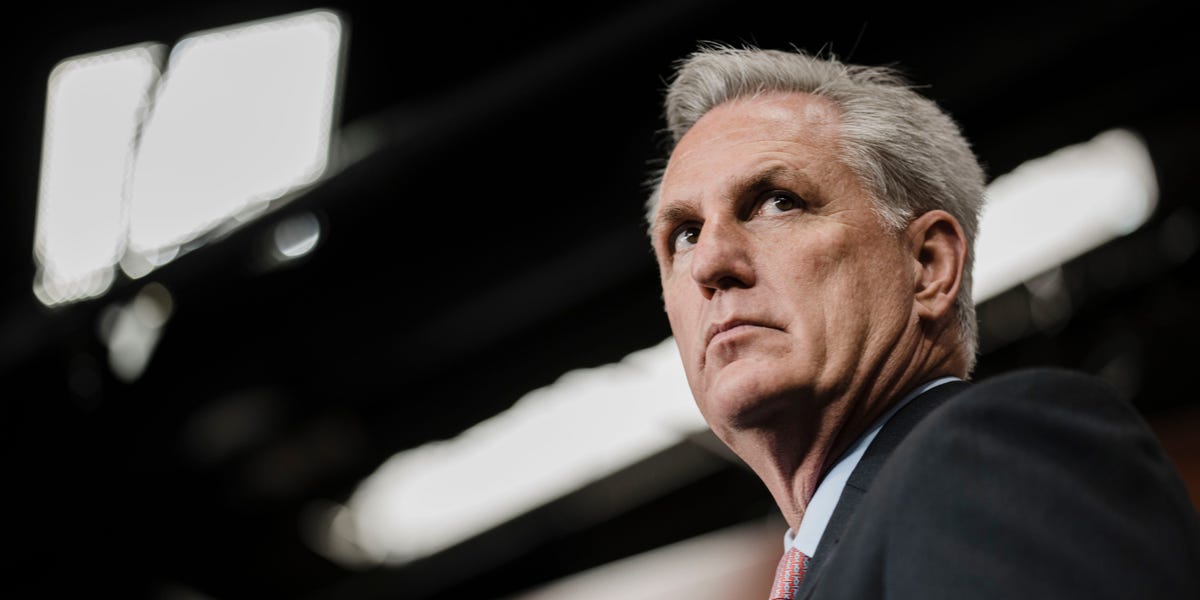 Kevin McCarthy made a ‘huge tactical’ mistake by not putting Republicans on the Jan. 6 panel, politics expert says

The January 6 House panel on Thursday closed what well may have been its final public hearing with an unprecedented conclusion: the congressional committee unanimously voted to subpoena former President Donald Trump to testify.

But the blockbuster finale, along with the panel’s eight prior hearings, could have unfolded differently if not for the political makeup of the committee.

The nine-member House Select Committee investigating the 2021 insurrection includes seven Democrats and two Republicans, all of whom were appointed by House Speaker Nancy Pelosi.

The only two GOP members, Rep. Liz Cheney of Wyoming and Rep. Adam Kinzinger of Illinois, bucked party expectations to serve on the panel even after House Minority Leader Kevin McCarthy opted not to appoint any Republican members to the committee during its formation last summer.

It’s a decision that members of the GOP started to publicly second-guess in June amid the peak of the panel’s public hearings — and one which looks even more foolhardy following Thursday’s ninth hearing, which ended with a “blockbuster” subpoena, according to Asher Hildebrand, associate professor of politics at Duke University.

“It’s a huge tactical mistake in hindsight,” Hildebrand told Insider. “In his heart of hearts, I think he would agree.”

His decision ensured that the bipartisan panel was staffed only by Trump critics and nary a sensitive vote for the former president.

“Whatever opportunity he had to affect the narrative that the committee has very effectively presented or to disrupt its proceedings, he relinquished when he decided not to take it seriously,” Hildebrand said of McCarthy.

A representative for McCarthy did not immediately respond to Insider’s request for comment.

The makeup of the committee thus left the Republican party almost entirely in the dark as the panel issued hundreds of subpoenas and ultimately presented a slate of damning witness testimony about Trump’s actions on January 6, 2021, and his efforts to overturn the 2020 election.

Trump himself even slammed McCarthy’s decision earlier this summer.

“Unfortunately, a bad decision was made,” Trump told conservative radio host Wayne Allyn Root in June. “It was a bad decision not to have representation on that committee. That was a very, very foolish decision.”

And while the hearings have ultimately done little to sway public opinion in a meaningful way, the committee has effectively built a compelling case for further criminal action against Trump, Hildebrand said.

“Maybe the committee’s job was never to persuade Trump supporters to abandon him so much as it was to build the most effective case they could for additional criminal action,” he told Insider.

The former president already faces a slew of legal troubles, and recent reporting from The Atlantic suggests Attorney General Merrick Garland could be gearing up for further action. But whether the DOJ decides to bring criminal charges against Trump for his role in the January 6 attack remains to be seen.

The committee’s Thursday hearing came weeks before the tight 2022 midterm election where Democrats and Republicans are battling for control of Congress. But the panel’s longterm, historical impact may not become fully clear until 2024, Hildebrand said.

If Trump is legally disqualified from running in 2024, or politically disqualified — meaning the committee’s hearings or other cultural factors leave the door open for another GOP nominee to take his place — then history will likely look back on the panel’s work as helping to “prevent a grave threat to American democracy from happening again,” Hildebrand said.

But with Trump continually teasing a 2024 campaign, that’s far from assured.