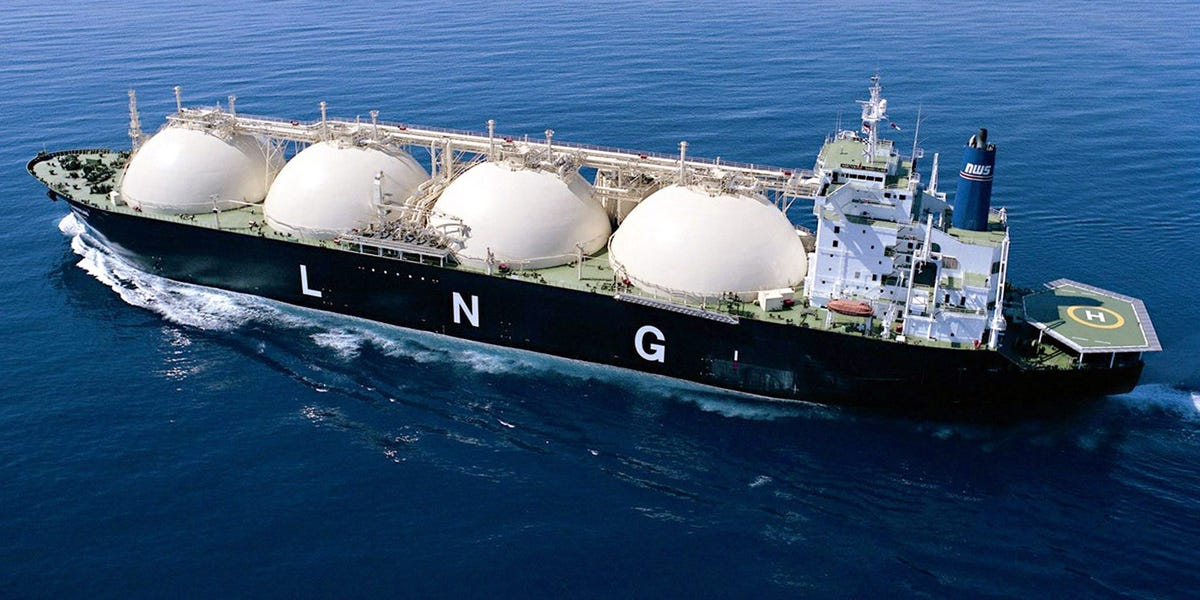 LNG ships now cost a record high near $400,000 per day as Europe scrambles to resolve its gas crisis

It now costs $397,500 per day to charter an LNG ship in the Atlantic basin, according to data from Spark Commodities. The vessels are fitted out to store and transport LNG by sea to a coastal destination, where it will be heated up become gas again and then pumped to buyers.

Carrier rates have soared since Russia invaded Ukraine in late February, with the average cost of chartering a ship for a day rising from $14,300 to just under $400,000 in that timespan.

The Ukraine war has left Europe hungry for energy, and demand there for LNG rose by 65% in the year through August compared with the same period in 2021, the International Energy Agency has said.

Much of those deliveries are seaborne. Shipments from the US made up more than 70% of gas imports to the continent in the year to September, according to Refinitiv data.

Moscow has choked off its deliveries of gas to Europe, where the likes of Germany are typically heavily dependent on its energy exports. Kremlin-controlled Gazprom has completely halted all deliveries via the key Nord Stream 1 pipeline since August, and it has repeatedly shuttered other pipelines.

Some European countries have also accused Russia of deliberately sabotaging pipelines after leaks were detected in Nord Stream 2 last month.

That has led seaborne LNG to take off among European buyers, and Germany has chartered five specialist tankers so that it can pump the gas onshore for the first time.

Vladimir Putin’s “gas blackmail” is failing, because the LNG revolution is allowing Europe to end its dependence on Russia, according to Yale professor Jeffrey Sonnenfeld. Countries there have already secured enough alternative sources to compensate for missing Russian deliveries, as they outbid competitors in Asia and elsewhere.

Read more: Check out these photos of the massive floating gas terminals that could help to solve Europe’s energy crisis