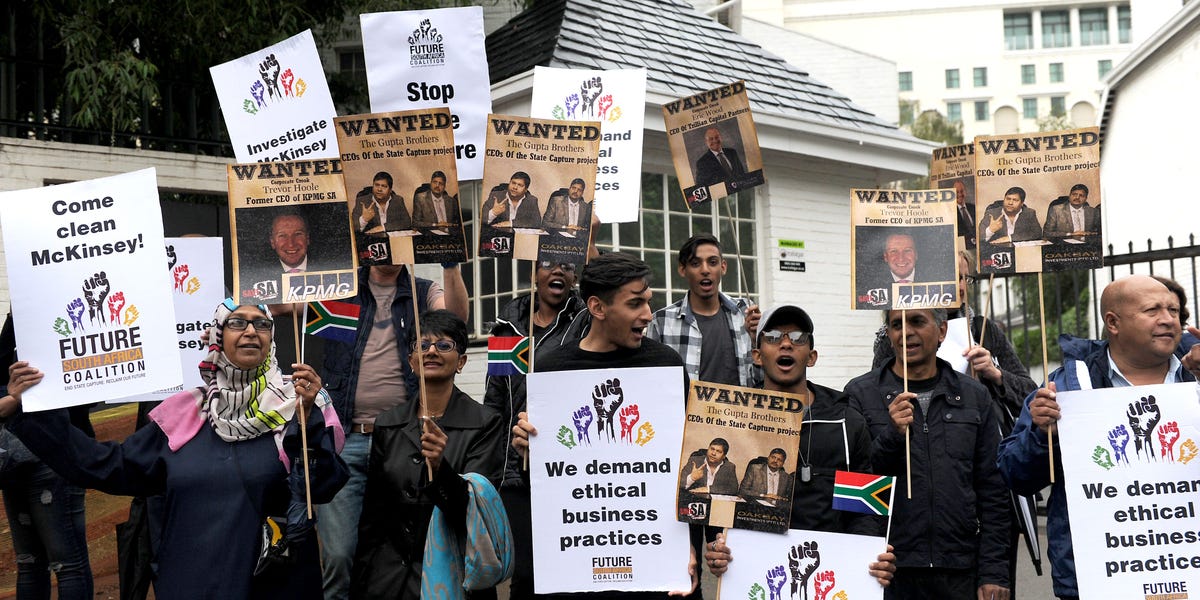 McKinsey’s self-portrait as a values-driven company is a sham, says a new book

The popularity and prestige associated with consulting as a chosen profession for our best and brightest has shown a durability that’s remarkable.

Over many decades, through seismic changes in the culture and the economy, around 20 to 25% of MBA graduates of the most selective business schools have consistently insisted on becoming consultants. Investment banking, once even hotter than consulting as a landing pad for the most ambitious, now attracts a fraction of what it did in the industry’s heyday. Even at start-up crazy Stanford Business School, arguably the most selective of all these institutions, 19% of the most recent graduating class went into consulting.  By contrast, investment banking attracted 1% — in the last year that the school bothered to report it as a separate category.

There are a number of structural reasons for the decline of i-banking, including the impact of technology on sales and trading, but the sector has never fully recovered from the justifiable reputational hit it took for precipitating the global financial crisis of 2007-08.

According to the exhaustively researched When McKinsey Comes to Town: The Hidden Influence of the World’s Most Powerful Consulting Firm, by New York Times reporters Walt Bogdanich and Michael Forsythe, consulting has avoided this fate by successfully pitching itself as a path to doing well by doing good.

In a chapter titled “Wealth Without Guilt: McKinsey Values,” the authors detail the lengths to which the world’s leading consultant goes to convey the idea that it is preoccupied with improving not just company performance, but people’s lives and society as a whole. For instance, a typical business problem used in candidate interviews might be “how to improve vaccine distribution in Africa,” according to the book.

In Bogdanich and Forsythe’s view, however, this self-portrait of McKinsey as a values-driven culture is profoundly misleading. Indeed, they argue that McKinsey’s articulated core value — consistently number one on a changing list of fifteen official corporate values over many decades — is actually the source of its deep-seated problems. “Put client interests ahead of the firm” may sound benign, but if taken to extremes can be insidious — particularly when taking on questionable clients and being willing to put their interests ahead of broader societal concerns.

The authors find McKinsey’s fingerprints on most every major corporate scandal of recent generations, from big tobacco starting in the 1950s to big pharma in the years leading to the opioid scandals. More striking is their effort to implicate the firm in a long list of broader social and economic ills like income inequality, the hollowing out of the middle class, and the financial crisis of 2007-8. The former may sound like a stretch, but the evidence Bogdanich and Forsythe amass is impressive.

For instance, it was McKinsey in the 1950s who invented the brilliant business line of selling an independent justification for CEOs paying themselves hundreds of times more than their average worker. Today, that dirty work largely falls to specialized compensation consultants, but it all started with McKinsey, the book suggests.

Time and again, McKinsey has provided the often shaky, and always couched with appropriate caveats, intellectual foundation for the worst possible corporate behavior. Whether spreading the gospel of securitization that underpinned the sub-prime mortgage boom or instigating the out-sourcing and off-shoring crazes that have been taken to comical extremes, it has been McKinsey that first developed and then aggressively marketed the underlying tool kit, the authors suggest.

A veil of secrecy

That McKinsey’s deep connection to many of these corporations and policies has not been well known is in part a function of the firm’s obsessive focus on secrecy, enforced through a web of strict non-disclosure agreements. This makes the reporting that went into “When McKinsey Comes to Town” all the more remarkable, with the authors having interviewed almost 100 current and former employees, some on record, and unearthed not only many confidential PowerPoint slide decks — apparently the coin of McKinsey’s realm — but secret client and billing information revealing the true scope of the firm’s activities.

Although the obsessive secrecy is justified based on its unswerving commitment to clients, it sometimes appears to benefit McKinsey more than its customers — particularly when it comes to the issue of conflicts of interests. The authors interviewed government officials who engaged McKinsey and said they’d been unaware that the firm was simultaneously representing the very companies it was supposed to be regulating. McKinsey’s willingness to represent multiple clients in the same industry — often providing suspiciously similar advice — lies at the heart of its very successful business model. It also explains how some of its most controversial ideas — from mortgage securitization, to opioid marketing practices, to encouraging insurance companies to deny legitimate claims or offer lowball settlements — have been able to quickly sweep across a sector. The authors even suggest that McKinsey effectively serves as a conduit among companies who could not legally collaborate directly under the antitrust laws but are free to all use the same advice from a common source.

On many levels, McKinsey’s historic commitment to greater values seems both laudable and genuine. Young consultants can decline to work on projects they object to and are encouraged to speak their mind, the book explains. The firm has engaged in important pro bono work; even that interview case about drug distribution in Africa is based on a real assignment. Although it provides some tantalizing hints, “When McKinsey Comes to Town” doesn’t really explain how, why, and when these generally laudable values became so apparently ineffective in guiding partner decision-making.

But as the authors note, it’s precisely because the institution continues to attract more than its fair share of young professionals who are both talented and idealistic that they were able to lift the veil of secrecy.

Whether McKinsey continues to have such appeal in the future seems at least open to question.

Jonathan A. Knee is a professor of professional practice at Columbia Business School and a senior advisor at Evercore. His most recent book is “The Platform Delusion: Who Wins and Who Loses in the Age of Tech Titans.“