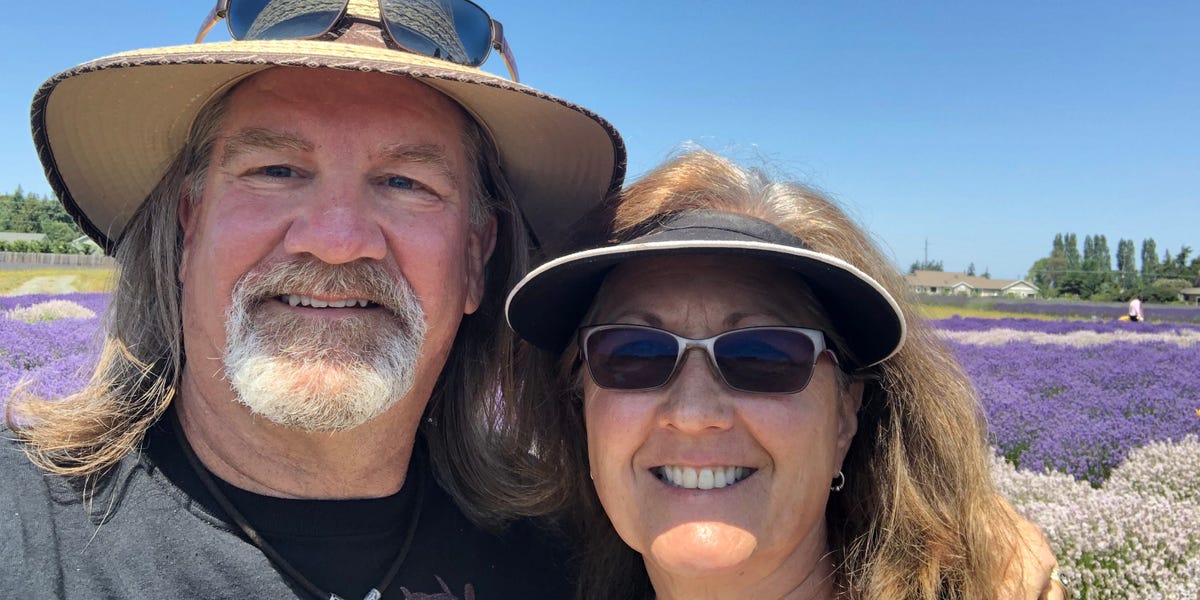 Stephen and Karen White, who are in their 60s, were ready to enjoy retirement in their new home in Washington with a view of the Olympic Mountains.

The couple made the choice to retire in the beginning of 2021 after visiting Washington, but the pandemic’s impact also played a role. Karen told Insider that Stephen, who was teaching during the pandemic, “had a really hard time with the distance learning” and so she asked him, “Are you ready to retire?”

After both officially retired in the summer of 2021, skyrocketing inflation pushed the couple to walk back their plans and go back to the workforce grind.

“The prices were rising and I was a little uncomfortable with our situation,” Karen said, noting that things like gas and groceries were getting more expensive. “So I decided to go back to work part-time.”

Stephen went back to work in education. The former economics, government, and US history teacher of 23 years became a substitute teacher in April 2022 to contribute financially, but also because he loved teaching.

“I had a really good career and I figured I’m still useful and things are not getting any cheaper, and that was probably the biggest reason I would say for both my wife and I going back as early as we did,” Stephen said.

With high inflation, retirees and older workers may be worried about their expenses and savings. It’s driving a wave of “unretirement” as people return to the workforce or delay their retirement plans.

A June survey of 1,000 US adults suggests that economic issues are pushing older Americans back into the workforce. “Among those who are considering delaying retirement or unretiring, the changing economic climate is top of mind: 65% cited inflation pushing up costs; 45% pointed to the decline in the stock market, and 30% cited increased interest rates, all leading to the need to work longer,” a Quicken press release stated.

“People, especially those who are on a fixed income, are being squeezed,” David John, senior strategic policy advisor at the AARP Public Policy Institute, told Insider, adding that many are thus forced to find jobs.

“The only real inflation-protected income source at this point is Social Security,” John added. “So the smartest thing a person can do if they have not already started to receive Social Security, assuming their health is strong, is to wait as long as they can.”

Yes, prices are high, but Stephen hopes people are also unretiring because they ‘still feel they’re valuable to society’

This is the second time Karen had unretired. Before for the first time retiring in 2015, Karen had a 30-year career at the probation department in the county where the couple lived. She took care of her mom during her first retirement; after her mother passed away, she returned to the labor force because she said she was “still young enough to work.”

Karen, who unretired for a second time in November 2021, now works as a product demonstrator, which includes showing off items for sale to customers in a store. It’s a job she enjoys in part because she gets to choose her hours.

Rising prices not only impacted the couple’s employment status but how they shop. Karen said that they look out for two-for-one sales, using coupons, and shopping for store brands.

Stephen thinks there are probably other people who are unretiring because of inflation. But he hopes that those returning to the labor force also “still feel they’re valuable to society.”

According to AARP’s John, people do also leave retirement for social and nonfinancial reasons. John said that “having a greater sense of worth by having a better social network so you’re basically not sitting at home basically staring at the TV set or something along that line.”

Per survey results from American Staffing Association with a sample of roughly 460 retirees, 18% of retired respondents said “need for more social interaction” would “motivate” them “to rejoin the workforce” and a quarter of retired respondents said “need for a sense of purpose in my day.” Thirty-one percent said “continued inflation eating into savings.”

Whether because of financial concerns, social reasons, or both, many people have left retirement during the pandemic and more continue to do so.

Although some retirees have returned to the workforce, a tweet from Bunker shows that the unretirement rate has recently been slowing.

Karen and Stephen are both enjoying their jobs following their recent retirements. Karen enjoys her job’s schedule flexibility and that she gets to have more social interaction compared to her previous jobs.

After concerns about the pandemic and having to retire earlier than he expected, Stephen is happy he is teaching again as a substitute teacher.

“I am so glad to be back in the classroom,” Stephen said. “I honestly believe I was put in this Earth to teach and I’m happy to keep doing it. Teaching is the best career that I have ever had.”

Have you recently unretired, rejoined the labor force, or switched jobs? Email this reporter at mhoff@insider.com